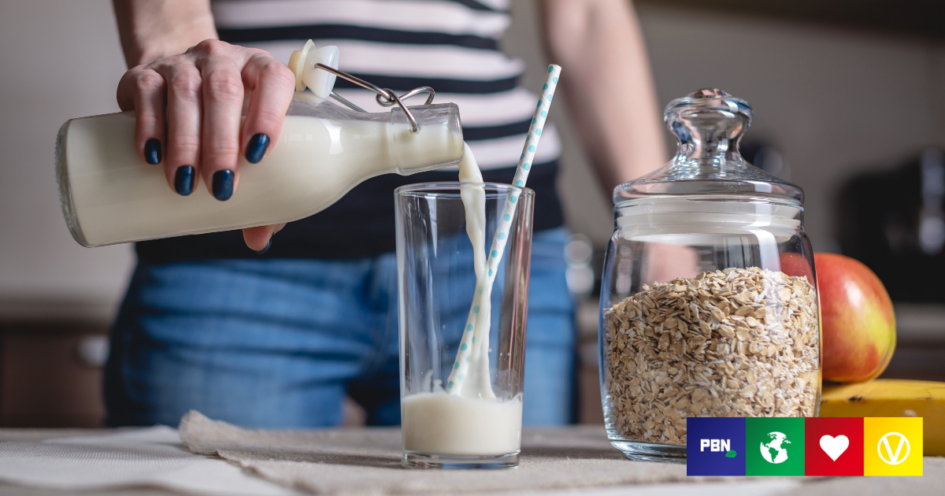 According to a new report, the plant-based milk market is continuing to soar. In the UK, a momentous one in three Brits are consuming it – at a record high.

Now, it’s transformed into an industry turning over £400 million a year.

Poll results indicate a rise in plant milk drinkers in comparison to last year. And the uptake among 25-44 year-olds is even higher with 44 percent making the switch, global market research company Mintel reports.

Usage is up by a quarter from 2020, with many making the switch because they ‘agree’ it’s better for them than cow’s milk.

Moreover, 26 percent said the outbreak of COVID-19 made plant-based food and drink ‘more appealing’ to them.

While general sales of cow’s milk alternatives are on the rise, it is oat that is leading the charge. Sales of it have doubled since 2020, the year when the UK spent a staggering £146 million on it, Mintel claims.

Furthermore, this is an increase of £74 million on the 2019 figures.

Amy Price, a senior food and drink analyst at Mintel, said in a statement: “The plant-based trend continues to gain momentum in the UK, fuelled by environmental and health considerations.

“…Oat milk’s previous robust growth has attracted a lot of innovation to the segment including barista-style varieties.

“The rapid sales growth of plant-based milk has brought about new product development from established players and new entrants alike.

“While almost ninety percent of Brits use cow’s milk, usage continues to be lower amongst younger Brits than older age groups, as it faces intense competition from plant-based varieties.

For the Tastiest, Healthiest Plant-Based Products, Check Out The Beet Meter