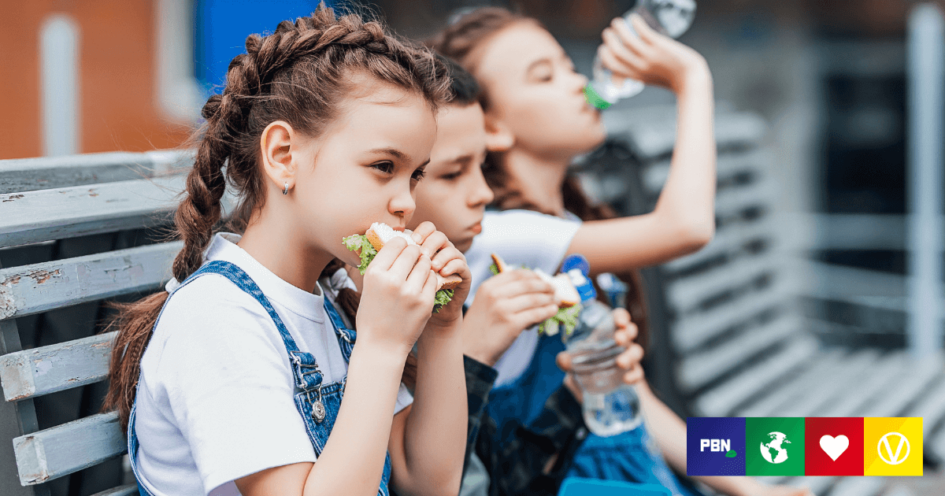 Nearly 60 percent of children in the UK are vegan or vegetarian or want to be, a new survey has found.

BBC Good Food surveyed 1,004 children between the ages of five and 16.

The global food media brand discovered that 8 percent of participants were eating a fully plant-based diet. A further 13 percent were vegetarian.

Additionally, 15 percent of children said they would like to become vegan, and roughly one in five (21 percent) said the same about vegetarianism.

Reports didn’t clarify what the children’s reasons were for eating plant-based food. But sustainability was on their minds for at least part of the research. The survey found that 44 percent of kids said they hope that no food is packaged in plastic in 10 years’ time.

“They are passionate about exploring alternative diets and methods of food production that could be more sustainable for the planet,” Hayes added.

The recent findings reaffirm the widely held belief that young people are leading the charge toward plant-based living.

A 2019 BritainThinks report concluded that Gen Z and Millenials are slightly more likely to be vegan than older age groups.

And earlier this week, it was reported that a majority of young people (aged 15 to 20) were taking action to help fight the climate crisis. Specifically, 26 percent of participants said they eat plant-based to help protect the planet.

87% Of Annual Global Subsidies For Farmers Harmful To Nature And Health, UN Finds