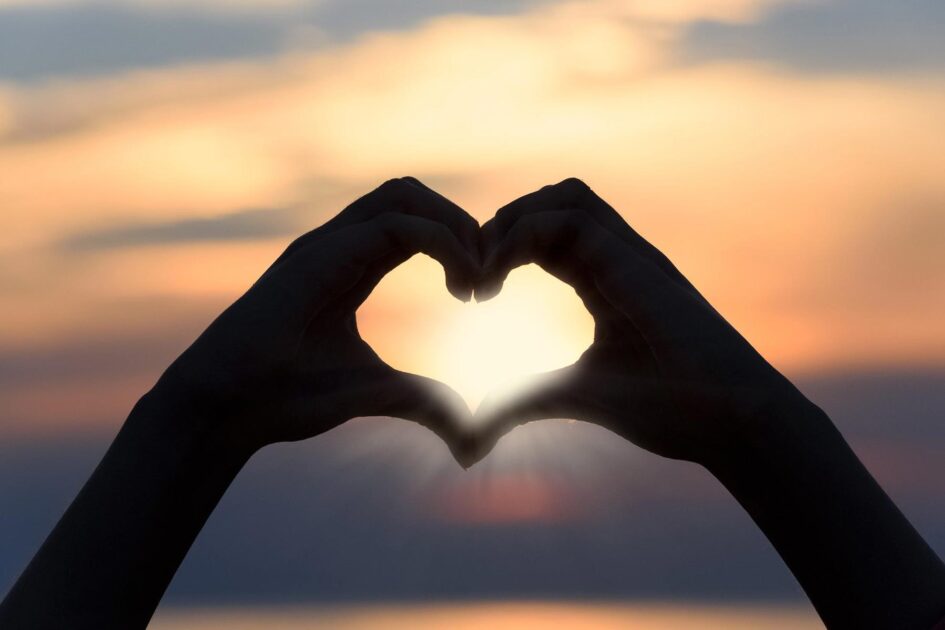 We truly believe that, whatever matters to you most, veganism is part of the answer. It’s compassion in action. It’s about equity and fairness for all. It’s about protecting ourselves, our families, and our communities. It’s about sparing suffering and preserving our planet. With so many reasons to choose plant-based, these are our top picks.

Scientists all around the world are calling for a shift to plant-based foods. This is because the production of animal products – meat, fish, eggs and dairy – all contribute disproportionately to climate-changing emissions. Almost every single plant-based food analysed is better for the planet than every animal product. We must call on industries and governments to do better for our planet, but as individuals we can take meaningful action, starting right now, with what we choose to put on our plates.

Heart disease ranks consistently as the number one cause of death in most parts of the world but it is less common in those who eat a healthy plant-based diet. One 2019 study of 500,000 adults found that for every 100 grams of red or processed meat consumed each day, the risk for heart disease increases by 19 percent. Another study examined the hearts of 20,000 people and found that those who ate most meat had poorer heart function and stiffer arteries, which are markers of worse cardiovascular health. Research shows that vegans have less risk of heart disease.

Animal agriculture is an intensive industry, and it emits a lot of pollutants. These can be airborne, and can cause respiratory illness in workers and people who live nearby. (Emissions from farms actually outweigh all other human sources of fine-particulate air pollution across much of the United States, Europe, Russia and China.) They can also pollute water and kill aquatic life in rivers and oceans. One of the key culprits here is the waste that billions of farmed animals produce. It has to go somewhere and all too often, that somewhere is the planet’s waterways. And as for plastic pollution, the worst offending industry is the fishing industry, which is funded every time we eat fish.

Everyone in the world has the right to access affordable, nutritious, and sufficient food but currently, more than 800 million people in the world experience hunger. There are lots of reasons for this but one is that so much food is wasted by feeding it to farmed animals. In fact, almost half the current global food crop goes to farmed animals, but just 15 percent of those calories are then passed on to humans when we consume meat. This shocking waste is a direct result of our dietary habits, and it pits people against animals for grains and legumes. If we used the existing arable farmland to feed people instead of animals, we could feed an additional four billion people. If we also factored in the land dedicated to grazing animals, we could return vast swathes to nature, and help our non-human friends flourish, too.

5. Does Not Require Slaughterhouses

No one likes slaughterhouses and most of us prefer not to think about them, or the suffering and fear that are inevitable when we violently take another’s life. Evidence from investigations all over the world shows the horrors of this ruthless system – the kicking and beating of animals who are too frightened to move; that stunning is often not used and where it is, it regularly fails; that tiny babies and pregnant females are slaughtered; that animals often see individuals they know and care about being killed. There is no such thing as “humane slaughter”. It is always heartbreaking, brutal and unnecessary.

The production of meat and other animal products requires a lot of land, and it is for this reason that animal agriculture is one of the leading drivers of deforestation. This, in turn, contributes to the dramatic and devastating decline in the world’s wildlife – with 60 percent of all animal populations being wiped out just since 1970. This also has an impact on people, with indigenous communities forced from their homes. When we choose plant-based foods, we take away these pressures on the forests, and that is good news for us all.

The Living Planet Index identifies three major impacts caused to wildlife by our dietary choices: the destruction of natural habitats to create farmland for animals as already outlined; the killing of wildlife to eat; and the decimation of the oceans for our consumption of fish. Vast fishing nets scoop up every animal unlucky enough to be in their path, including sharks, whales, porpoises, rays, dolphins, turtles, and albatrosses. They all fall victim alongside billions of fish. Our dietary choices really matter to wildlife.

Antibiotics were discovered less than one hundred years ago and already their efficacy is waning. The problem is bacteria are super smart adversaries that can adapt to beat our drugs, and the very worst thing we can do is to overuse antibiotics by feeding them wholesale to billions of farmed animals… but that is exactly what we do. Already, there is a high mortality rate inside factory farms but without antibiotics, even fewer creatures would survive their allotted few weeks of life. When we treat animals this badly, there are repercussions for us, too. A growing number of infections – including pneumonia, tuberculosis, and salmonellosis – are already becoming harder to treat as the antibiotics become less effective. To save antibiotics, we must end intensive animal farming, which means an end to almost every chicken and turkey farm on the planet. Plants don’t need antibiotics, so when we choose vegan foods, we are contributing to global health, as well as removing our financial support for cruel factory farming.

Oh yes it does! One thing that consistently surprises new vegans is that there is no loss of flavor, taste and enjoyment with their food. Quite the contrary. Not only can we get all the flavors we love in plant-based alternative products, we often discover a whole new world of ingredients, recipes and cuisines as well. So whether you like a spicy chilli, a creamy curry, a satisfying satay or an indulgent dessert, all of these things and much more are available.

Our long history of exploiting animals for their meat, milk, eggs and skins means there is also a long history of zoonotic diseases – that is, diseases that transmit from animals to people. Today, three quarters of all emerging infectious diseases in people come from animals. It’s not the animals’ fault, of course. They don’t want us to farm, harm and exploit them. Bird flu, swine flu, SARS, MERS, and of course Covid-19 are all direct results of our dietary choices. We can ensure a better future by the choices we make today.

Back in 1993, a Loma Linda University study of 3,000 people found that those who ate meat – including poultry and fish – had twice the risk of developing dementia compared to vegetarians.*
The Chicago Health and Aging Project found that, in a group of 2,500 older people, those who consumed large amounts of saturated and trans fats had a higher risk of Alzheimer’s than those who got their fats from plants.* And researchers for the Women’s Health Study at Harvard University Medical School studied 6,000 women over four years and found higher saturated fat intake is associated with poor cognition, and specifically a decline in memory.*

12. Is Good For Workers and Communities

Farmed animals are victims of our dietary choices, but so are slaughterhouse workers. Long hours, repetitive work, moving machinery, the slaughter line moving too fast, sharp knives and captive bolt guns make a dangerous combination. Operating or cleaning machinery carries the risk of crushed hands, amputations, burns, and blindness. Slaughterhouse work has also been linked to a variety of psychological disorders including post-traumatic stress disorder (PTSD) and perpetration-induced traumatic stress (PITS). It has been connected to an increase in local crime rates, including higher incidents of domestic abuse, as well as alcohol and drug abuse. When we ask people to do dangerous, violent work on our behalf, there is a cost that all of society must pay.

13. Does Not Separate Mothers from Babies

Every piece of meat eaten is from an animal who was taken from his or her mother. Eggs are removed from hens and hatched in industrial incubators. Pigs are left with their mums for just a few weeks before being taken away to be fattened. Naturally, they would stay with their mothers for several months. But perhaps the most shocking aspect of all is the dairy trade – an industry so heartless it deliberately impregnates cows so that they produce milk for their young, and then takes the baby away at birth to stop them drinking it. This is devastating to both mother and calf, and they may call in vain for each other for days.

14. Gives Us All the Nutrients We Needs

Every single nutrient we need, including protein, calcium, iron, iodine, omega-3 and vitamin B12, can be obtained on a fully plant-based diet. There is nothing vegans miss out on when they eat a balanced diet, and the proof of just how healthy this is can be seen in the research. Vegans suffer less from the major lifestyle diseases including heart disease and type two diabetes, and live longer.

Do we want to live in compassionate communities that treat each other with kindness and share the world’s resources equitably? Do we want to reduce suffering in others and to live healthy lives ourselves? Do we want a habitable planet, with healthy rivers and teeming forests? This is what veganism can do for us all.

5 Reasons to Go Vegan This Diwali