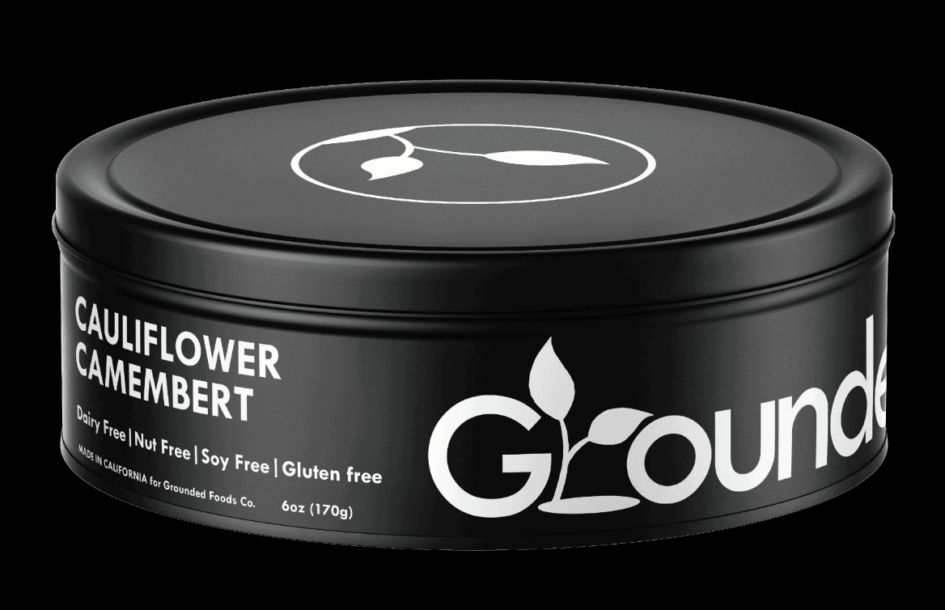 , which makes innovative plant-based cheeses from upcycled cauliflower and hemp, has raised $2.5 million in a pre-Series A round.

The company uses fermentation to harness the proteins and fats in hemp, achieving a taste and texture that recreates dairy cheese without the need for artificial additives. Grounded says this approach gives it an advantage over conventional vegan cheese brands, which typically use either coconut oil or nuts and often struggle to live up to consumer expectations.

Speaking to vegconomist regarding new fund round, Co-founder said: “From day one, our goal has been to create products that taste incredible — and genuinely appeal to non-vegan consumers who aren’t willing to compromise. In order to achieve that, we looked at how vegan cheese is currently made — then threw away the rulebook and started again from scratch. New ingredients, new process, and a focus on flavor and texture first.”

Grounded’s cheese was a success from the beginning — an investor offered co-founders Veronica Fil and her husband Shaun Quade $2 million for the business . When pre-sales were launched in April of last year, the cheese , before finally in March of this year. Two months later, it such as Whole Foods Market, Bristol Farms, and Harmon’s.

Participants in this recent round included Big Idea Ventures and Stray Dog Capital, as well as Route 66 Ventures, Nucleus Capital, Kale United, and Presight Capital. The funding will be used to help the company expand further across the US, and will also provide a “strategic gateway” towards expansion into Europe.

“Grounded addresses an immediate need in the market for high quality, nutritious, and sustainable dairy cheese alternatives—and due to the scalability of their process, we see enormous potential for the company to expand not only in the U.S. market but internationally,” said Fabian Hansen, Founding Partner of Presight Capital.