21 Meatless Monday Recipes Everyone Will Love 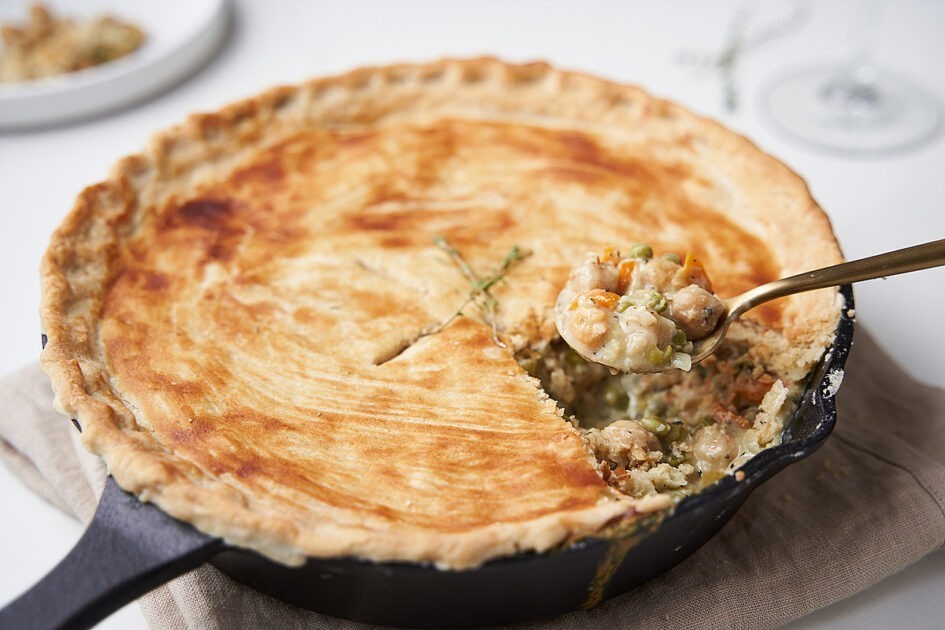 To gear up for Meatless Monday, we rounded up 21 meat-free recipes so you can avoid a “What’s for dinner?” head-scratcher. These easy recipes will make sure you never miss the chicken in your pot pie, meat crumbles in your tacos, or bacon in your carbonara. Trust us, even your carnivorous uncle who loves to remind you that he just doesn’t get this whole “vegan thing” will appreciate these meat-centric classics made vegan.

Take our jackfruit enchiladas, for example, which taste just like shredded meat. They’re so much like the real thing that anyone would struggle to guess the difference in a blind taste test. Or the meat-less wonton soup, with dumplings full of tofu that tastes exactly like meat crumbles. With these recipes, it’s very possible your Meatless Monday may turn into a “meatless month.”  You’ll be tempted to add more meat-free plant-based days to your week with these drool-worthy breakfast, lunch, and dinner recipes.

What is Meatless Monday?

Meatless Monday means cutting meat from your diet on … you guessed it, Monday. The movement was started in 2003 by health advocate Sid Lerner in association with the Johns Hopkins Bloomberg School of Public Health and it was a hit from the start.

Meatless Monday then became a more popular movement in 2009 when Ghent, Belgium became the first city outside of the United States to go meatless and Sir Paul McCartney, a life-long vegetarian, introduced it to the U.K. Fast-forward to 2022, the hashtag #MeatlessMonday has over 1 million posts on Instagram, and as more people adopt a plant-based approach, it’s only expected to grow. So we rounded up these 21 meat-free recipes to make it easier for you to participate as well.

Eating less meat – or no meat at all – is better for the planet and your health (not to mention farmed animals). If everyone went plant-based for one day a week for a year, the U.S. would save 100 billion gallons of water,1.5 billion pounds of crops to feed livestock, 70 million gallons of gas, and allow 3 million acres of land to remain untouched.

One plant-based day a week has the power to reduce our collective greenhouse gas emissions by 1.2 million tons of carbon dioxide, according to environmental experts. Not to mention, eating plant-based can help you save $1,260 on groceries a year according to one study.

21 Meatless Recipes Everyone Will Love

Make these recipes on Monday, or all week long on repeat.

Dig into the bright colors and bold flavors of this southwest sweet potato hash which features spices like cumin, ancho chiles, and smoked paprika to spice things up. This recipe, created by developers who go by the name Broke Bank Vegan, is affordable and checks out at less than $1 a serving.

If you like a more meaty filling, you can use ground vegan chicken or beef, textured vegetable protein (TVP), or shredded seitan. Or, add more veggies to your filling. White cabbage, napa cabbage, bok choy, broccoli, or daikon radish are great additions. You can also play around with the seasoning and ratios. Use more mushroom sauce, reduce the soy sauce, add extra spices, omit the oil, or make it all spicier.

This smoky baked tofu from chefs Derek and Chad Sarno in the Wicked Kitchen is easy to make, super satisfying, and packed with protein. It’s got a melty, cheesy top crust and a crispy, savory bottom crust. Serve it with garlicky green beans and chips, mashed potatoes, rice, or Asian-style noodles.

We’ve got mad love for these shiitake mushrooms, which are prepared like crispy bacon, in a recipe by Derek & Chad Sarno in the Wicked Kitchen. The taste and texture of these mushrooms are amazing and work in a variety of dishes.

Your tacos just got a major upgrade, and a kick of spice with this easy recipe from celebrity chef Mark Bittman who knows how to make any ingredient taste better.

Mark Bittman shared his favorite vegan lasagna, with a red sauce you can use over and over. The star in this dish is the vegan ragu, which can show up in many forms, and rightfully so: It’s so easy to substitute for meat that shows up in classic ragu because so many different foods can do the trick. And none does it better than tempeh, with its superb chewiness, strong umami flavor, and superior nutritional (and of course ethical) profile. The tempeh helps create a sauce that is in many ways as good as or better than the original.

Derek and Chad Sarno created this faux turkey dish around the holidays but we think it hits the spot any time. Want to really impress your meat-loving partner? How about a thick medallion of buttery crisp puff pastry wrapped around a super savory potato mash, topped with chewy King oyster mushroom “turkey” and creamy kick-ass gravy? I think yes.

Derek and Chad Sarno are mushroom lovers from way back and have figured out how to make mushrooms taste identical to steak. Their take: “We love shrooms, and we love everything they can do for us, for the planet, and for the animals. They’re so much better than meat!” And judging by current mushroom trends, we’re not alone. Mushrooms can become everything from nutritious meaty food to sustainable clothing.

Made with meaty pulled jackfruit, creamy cashew-based cheese, and spicy red-hot sauce, this dip delivers big, bold flavors that will have everyone lining up for seconds!

Pâté (pronounced pah-TAY) means ‘paste’ in French. It is traditionally made of meat and served as a fancy appetizer. Luckily, you don’t have to miss out on this amazing dish just because you don’t eat meat. Our vegan version is just as delicious as the original one.

One of the best things about eating a plant-based diet is experimenting with alternatives to the foods you used to love. Who knew that cauliflower could replace chicken wings and taste just as good, if not better. The simple trick is to coat and rub the vegetable in this smokey, barbeque ‘chicken’ spice made with plants to deliver the same taste that’s seasoned on meat.

Can’t imagine eating a salad with chopped chicken on top? Try this recipe: We took Sweetgreen’s Chicken + Brussels salad and made it meat-and-dairy-free by replacing chicken with roasted tofu and dairy dressings and cheese with the plant-based alternative.

Just to have options, here’s another popular salad on the Sweetgreen menu, normally made with chicken, but this time swapped with tofu.

Cabbage rolls in various forms are very popular across Europe: They are usually stuffed with meat and grains and then are cooked, steamed, baked, or fried, and served with different sauces.

Luckily a plant-based version can be just as hearty and satiating as a traditional one. Our vegan cabbage rolls are stuffed with a flavorful mix of smoked tofu, kidney beans, tomato, rice, almonds, and lots of spices. Then they are baked until nice and crispy with some tomato sauce.

Are your Caesar salads normally topped with chicken? Make this vegan recipe with tofu and a homemade dairy-free dressing.

Onions, celery, carrots, potatoes, and green peas are the base of this stew. Tender jackfruit pieces look and taste just like beef chunks. It’s all cooked in the mix of a well-spiced broth and Guinness beer, which will give your stew an amazing depth of flavor.

This Chickpea Pot Pie is loaded with protein-rich chickpeas and mixed with hearty vegetables like carrots, celery, and green peas. This recipe was created by Broke Bank Vegan and is both delicious and affordable, netting out at less than $1 a serving. Make enough to have leftovers for lunch and enjoy eating healthy for less!

This vibrant sweet potato and lentil Shepherd’s pie is packed with vegetables and savory spices like thyme and rosemary. Lentils make the perfect plant-based protein source to use in this recipe, pairing well with vegetables like carrots, celery, mushrooms, and tomatoes. You’ll already be thinking about seconds after your first bite!

Whether you’re team red or green enchiladas, you’ll love this one-of-a-kind authentic Mexican recipe that’s healthier and more affordable than most traditional versions. This recipe calls for pulled jackfruit instead of meat.

Recipe: Vegan Enchiladas Made with Jackfruit and Queso Fresco by Broke Bank Vegan

This burger is very easy to make and uses vital wheat gluten to give it a meaty texture. If you would like to make this chickpea burger gluten-free you can substitute the vital wheat gluten for oat flour or chickpea flour. In terms of assembling this burger, keep it simple: Chickpea patty, lettuce, vegan cheese, and a simple spicy mayo.

These meatballs are made with lentils, a healthy source of plant-based protein. Serve them with pasta, cauliflower mash, in a sub, or simply by themselves, they taste delicious prepared any way you choose.

7 Meatless Recipes to Make for Lent or Everyday

Matt Judon vs. Bomb Cyclone: Patriots Star Asks Everyone to Bring Dogs Inside

Throw a Bridgerton-Inspired Tea Party That Will Have Everyone Talking