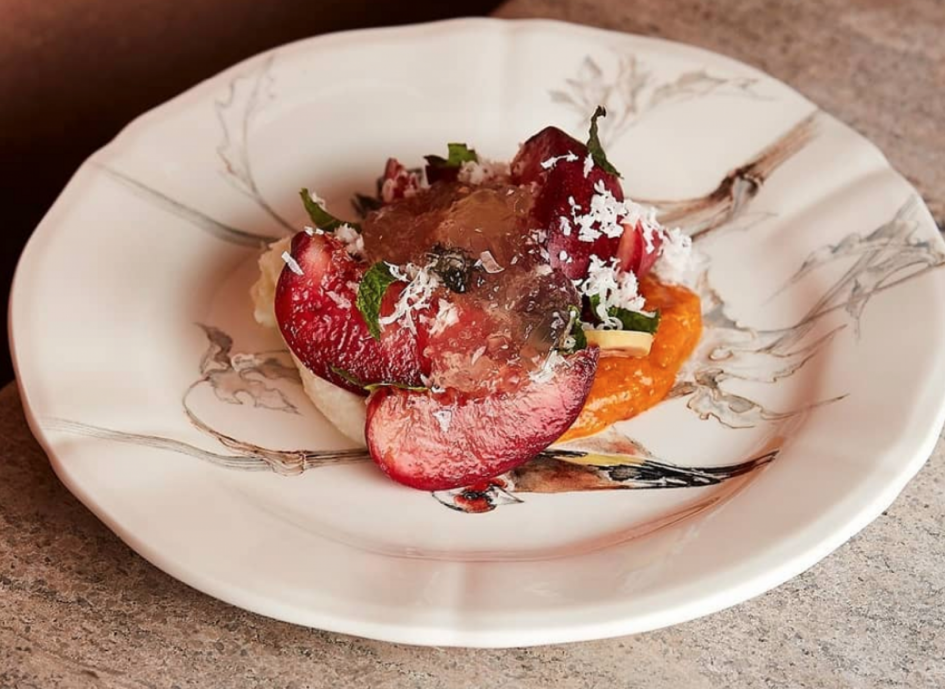 Alain Ducasse is working on reinventing French cuisine. The famous French chef is preparing to open a fine-dining restaurant in Paris, where he will serve mainly plant-based dishes.

Ducasse’s new Sapid restaurant will be 95% plant-based and will use fish-based products only as seasoning.

Commenting on the launch, Ducasse told France Info: “We will be careful of the planet, [mindful] of its scarce resources, of the men and women who cultivate, who fish, who collect.”

“It will be 95-percent vegetable food. And the seasoning will be animal protein. It will be fish.” During his long career, Ducasse has amassed 21 Michelin stars and is the first chef to get three Michelin stars at the same time for restaurants in three different cities. In the UK, he owns one restaurant Alain Ducasse at The Dorchester which holds three stars (the top ranking) in the Michelin Guide.

He says it’s not the first time he is working with plant-based ingredients.

“Since 1996, I have been making a vegetarian menu in Monaco. It was natural that we should be able to demonstrate that it is possible to create a restaurant where only plants are the reference. Vegetable protein is more than sufficient to meet the nutritional needs of an individual.” He is also working to ‘veganise’ French cuisine at his Michelin-starred restaurant Le Meurice in Paris where he is going to incorporate more plant-based recipes.

He says: “At Le Meurice, we are going to reinvent contemporary French cuisine, always with a strong vegetal influence, with a young team.”

As healthier for people, animals, and the planet, the plant-based cuisine is a growing trend among Michelin-starred chefs who are rethinking the future of fine dining.

Gordon Ramsay who used to be one of the biggest critics of veganism, is now promoting plant-based alternatives, cooking vegan meals on social media and launching vegan dishes at his restaurants worldwide.

One of the world-famous gourmet dining restaurants the New York-based Eleven Madison Park switched their cuisine to entirely plant-based when reopened after the lockdown.