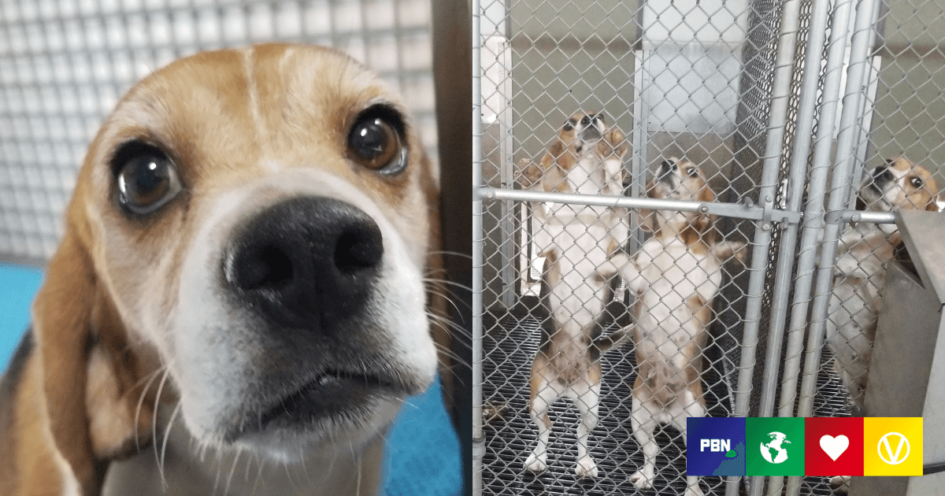 This article contains descriptions of animal abuse that may disturb readers.

Envigo, an international supplier of beagles to laboratories for experiments, is under investigation following allegations of animal cruelty.

A recent exposé conducted by the US division of People for the Ethical Treatment of Animals (PETA) documented multiple instances of animal abuse within the Envigo operation.

The research corporation keeps around 5,000 beagles captive in “barren kennels and cramped cages” in large sheds, PETA reports. Envigo forces mother dogs to have two litters a year for up to seven years, it adds, producing around 500 puppies a month to sell off for animal testing.

During the investigation, PETA found workers without veterinary credentials inserting needles into puppies’ heads – without pain relief. This was reportedly done to drain hematomas, and left puppies “screaming.”

Further, nursing mother dogs were left without food for days on end, PETA US said. This carried on after the US Department of Agriculture (USDA) ordered staff to feed the animals. Workers were allegedly told to lie about it if questioned.

According to PETA, workers and a supervisor “routinely” sprayed dogs trapped in cages with high-pressure hoses, leaving puppies “shivering” while their food became mouldy and infested with maggots.

Some puppies fell through holes in the cages, often ending up in drains filled with faeces.

The PETA representative found more than 360 dead puppies throughout the investigation. Their causes of death ranged from pneumonia and hepatitis, to being accidentally crushed by their mothers due to overcrowding. Some puppies were “left to rot alongside their surviving siblings.”

“If the puppies at Envigo survive the trauma of being born into a barren cage, blasted with a high-pressure hose, and the painful procedures they’re subjected to, more horrors await them at the laboratories they’re sold to,” Bekhechi said.

“These dogs are no different to the dogs who share our homes, and yet if anyone not wearing a white lab coat did to their dog what experimenters are doing to these beagles, they’d rightly be put behind bars.”

The USDA has just completed its own multi-day inspection into the facility, spurring it to open up an investigation. This came about after a mill supervisor was filmed minimizing the seriousness of animal care. “[It’s] a damn game you gotta play to … satisfy ’em, because of the bullsh*t that they can make happen,” the supervisor said.