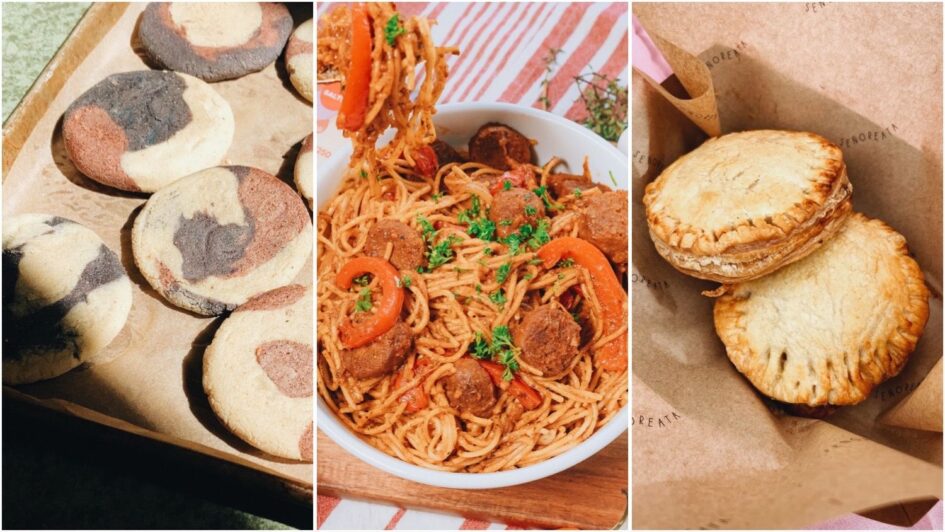 In 1968, President Lyndon Johnson decreed the start of a new holiday, one that would celebrate people of Latinx and Hispanic descent, their achievements, and their cultures. The holiday was dubbed “Hispanic Heritage Week”—according to hispanicheritagemonth.gov. But, twenty years later, President Ronald Reagan decided a whole thirty days were in order, and thus elongated the observation of the holiday from September 15 to October 15. The significance of the start date, September 15th, is that many Latin American countries celebrate their independence day then, with Mexico and Chile closely behind, on September 16th and 18th.

What is Latinx Heritage Month?

Though it’s been known as Hispanic Heritage Month for 33 years, using the term, “Hispanic,” to encapsulate the Latin American experience in the United States has come under criticism, and rightfully so.

If we are celebrating Latin American heritage on the days these nations achieved independence from their colonizing countries, like Spain, it feels counterintuitive and problematic to continue calling it “Hispanic” Heritage Month.

Isabelia Herrera touches on this, with much more in-depth, in a 2019 New York Times exploration of the holiday titled, Does Hispanic Heritage Month Need a Rebrand? She reminds readers that the term “Hispanic” also alienates and excludes those of African and Indigenous descent.

Latinx (or Latine, another gender-neutral term that resonates more with Spanish-speakers, using “e” in place of “a” or “o’”) is a gender non-conforming LGBTQ+ inclusive term that emerged in the early ’90s on online forums, according to Minhae Shim Roth’s, What does Latinx Mean, for those of Latin American descent. Though it’s still an imperfect umbrella term, Latinx Heritage Month is the start of a work-in-progress striving to be more inclusive and intentional when talking about the descendants of 33 countries, their cultures, their achievements, and their futures.

How to be vegan during Latinx Heritage Month

Food culture is an important part of Latinx Heritage Month, and Latin American cuisine is brimming with flavor. The herbs, spices, and flavors particular to each kitchen do the heavy-lifting in each culture’s cuisine, bringing any vegetable, grain, or legume into colorful life. Veganizing foods that are traditional to these cultures becomes easy when you harness the flavoring agents responsible for their flavor profiles and translate them to plant-based ingredients.

Take for example Haitian epis, the seasoning base Chef Gabrielle Reyes uses to give Haitian spaghetti the perfect touch. This blend of herbs, alliums, bouillon and more, is capable of injecting a wealth of bold savory flavor into any dish. Sofrito, similarly to epis, is the beloved base in Puerto Rican cooking that gives ingredients the classic flavor that is key to this island’s cuisine.

Veganizing recipes that are traditional to the individual cook, are a way to keep traditions and cultures alive in the hearth of our homes, especially for the vegan Latin American diaspora in the United States. Celebrate this month by making these meals at home, or by supporting your local Latinx chefs, and delight at the wealth and variety of flavor that vegan Latinx culture is innovating every day.

“It’s one of the first recipes we created while transitioning to a plant-based diet almost four years ago now,” shares Flores. “I have beautiful memories of my aunt making them in a huge caldero during the summers that I spent in the Dominican Republic as a kid. I love how hearty they are and how they taste like home.”

Singing and cooking viral TikTok sensation, Gabrielle Reyes, also known as One Great Vegan, went vegan to improve her health. She told Today her cooking reflects the Haitian and Puerto Rican meals she had growing up. As for this tasty Haitian spaghetti recipe, Reyes says it’s traditionally served for breakfast.

“This Haitian Spaghetti is the ultimate gift to your taste buds. My goodness, this recipe is delightfully delish with the buttery plant-based sausage and peppers along with epis seasoning, plus noodles for a colorful Caribbean treat.”

Reina Gascon-Lopez of The Sofrito Project, a blog that highlights Puerto Rican food culture, veganized this recipe, which usually calls for ground beef or chicken, for a friend while they lived together.

“I love making dishes that I grew up on for friends because it’s my way of sharing my affection and culture with them,” Gascon-Lopez says about the vegan canoas recipe. “She introduced me to a variety of plant-based ingredients and taught me a lot about adapting recipes for a vegan lifestyle. We had a great time for our weekly family dinner nights with lots of dinners that the whole household could eat and enjoy together. This recipe was definitely in rotation after I made it for everyone.”

Owner and operator of the delectable and sought-after Los Angeles-based vegan Cuban pop-up, Señoreata, Evanice Holz, shares with LIVEKINDLY, and her Instagram followers, a pastelito de carne y queso recipe that was a childhood favorite.

“It’s the closest I can get to a plant-based modern take on the classic Cuban pastelitos I used to love eating as a kid,” she says of the pastry she’d often eat six of in one sitting.

Through Señoreata, Holz has been able to bring these savory delights to folks in Los Angeles and Joshua Tree. “Now, I get to share this part of my culture in a cruelty-free and plant-based way for the modern world.”

Arepas are the first solid foods Venezuelan chef and food creative, Mercedes Golip, had as a baby. But she didn’t learn how to make them until five years ago in her New York kitchen.

“I started a quest to learn the process of making Venezuelan arepas from scratch using local corn,” Golip shares.

Today, she’s mastered the arepa and beyond—lending her creative eye to her beloved arepas by pressing flowers or herbs into them. Or in this case, making them into a colorful creation by using different colored varietals of heirloom masa harina, like this recipe.

“By learning to make arepas at home, I have connected with my roots on a different level through a practice that is becoming almost obsolete in Venezuela and that I feel is important to preserve as part of our heritage, especially as a Venezuelan-American in the context of a growing diaspora.”

9 of the Easiest Vegan Summer Recipes You’ll Ever Make