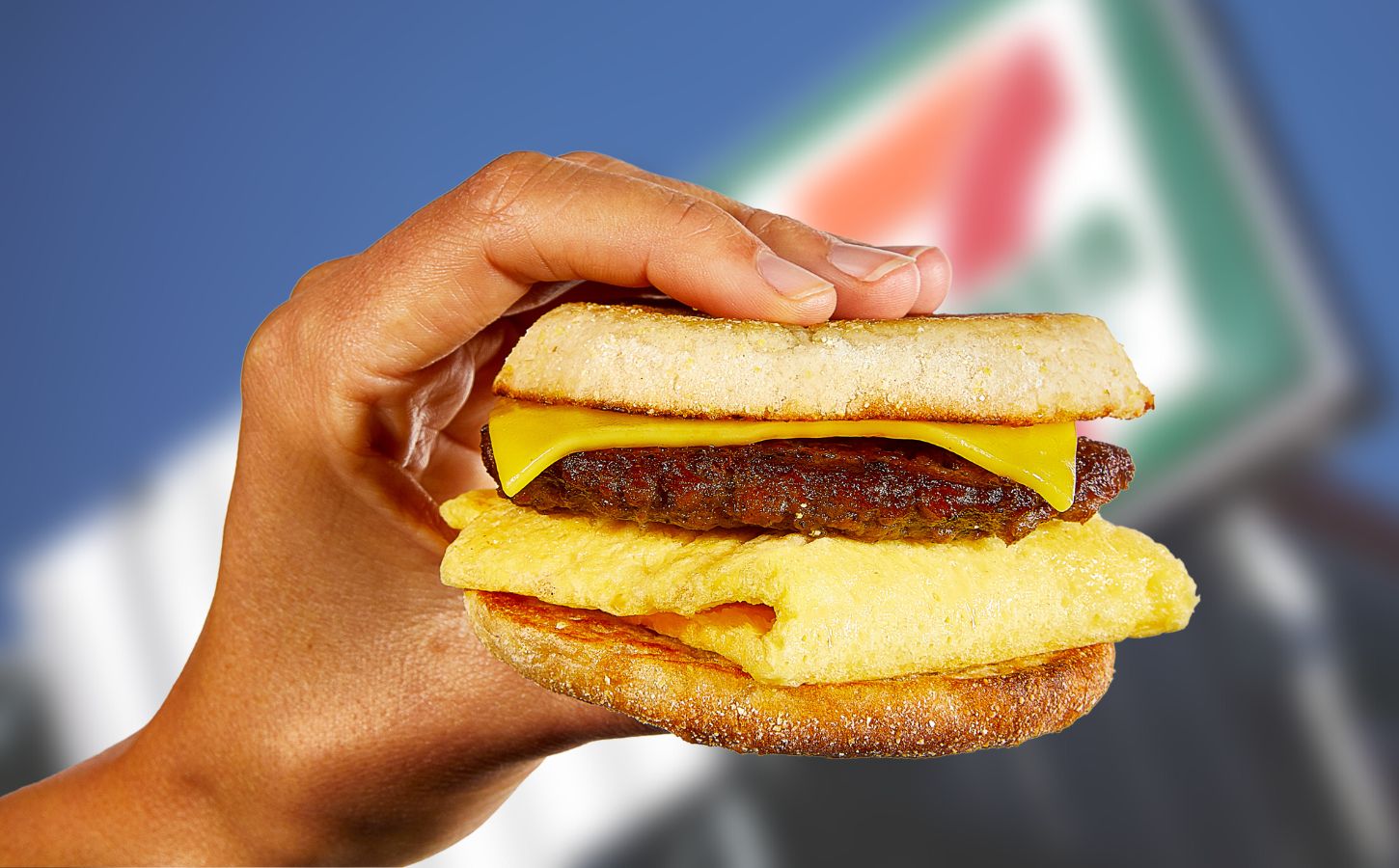 The menu item delivers 18g of protein, with zero cholesterol. It’s served all day at participating locations, and is aimed at both vegans and flexitarians.

More than 550 locations are confirmed stockists of the breakfast sandwich. They are found across Alberta, British Columbia, Manitoba, Ontario, and Saskatchewan.

7-Eleven Canada, which boasts more than 600 locations (604 at last count), has been steadily adding to its plant-based portfolio.

The introduction of Lightlife vegan chicken tenders in 2022 was a significant move towards meat-free hot snack options. Made from chickpea and pea protein, the tenders were embraced as a result of identified changing preferences from Canadian consumers.

“Canadians’ tastes are changing and we’re here in the neighborhood to provide what they want,” Norman Hower, former vice president of 7-Eleven Canada said in a press statement at the time.

The international branches of 7-Eleven have been making good progress in terms of offering meat-free eaters more choice too.

Asia, in particular, has been a positive plant-based market for the retailer. The region’s outlets have benefitted from a partnership with OmniPork manufacturer Green Monday. Impossible Foods has also been included in the eastern supply chain, just as it has in Canada.

The 7-Eleven plant-based breakfast sandwich is available now until February 28, 2023.