7 vegan documentaries that changed the world

The last few years have the release of a number of hard-hitting vegan documentaries that are changing the way we eat.

Some vegan documentaries delve deep exposing the reality of life for farmed animals while others tout the benefits of a plant-based diet for our health and the environment.

But what all of these vegan documentaries have in common is that they are guaranteed to make you rethink the way you eat for good.

So make sure you add one of these vegan documentaries to your watchlist and get ready to feel inspired to change the world.

This enabled British farmers to ‘debunk’ claims of unethical practices in the UK, insisting it was only in other countries.

For decades they have pedalled an idealistic image of farming involving happy animals roaming free across the landscape.

However, Land of Hope and Glory changed the face of British vegan activism by demonstrating that horrific practices occur in farms across the UK.

After watching the vegan documentary, many realised that the idealism we have been fed is nothing more than a lie.

They were not isolated cases, and, as Ed introduces the documentary, it is “the reality of UK farming”.

You can watch Land of Hope and Glory for free here. 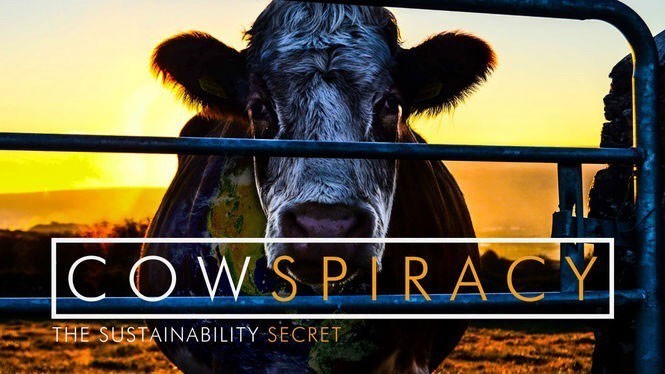 Kip Anderson’s journey into uncovering the sustainability secret made some serious waves upon its release back in 2014.

Cowspiracy is one of the most influential vegan documentaries to date with many vegan celebrities citing it as the reason they went vegan.

The film takes Kip down a rabbit hole of lies and deception from the meat and dairy industries and questions why environmental organisations aren’t talking about the world’s biggest polluter – animal agriculture.

It will change your whole view on the industry and make you think twice about consuming animal products. And make you angry – very angry!

You can watch Cowspiracy on Netflix.

14 Vegan Documentaries to Add to Your Watchlist

14 Documentaries That Could Change the Way You Eat