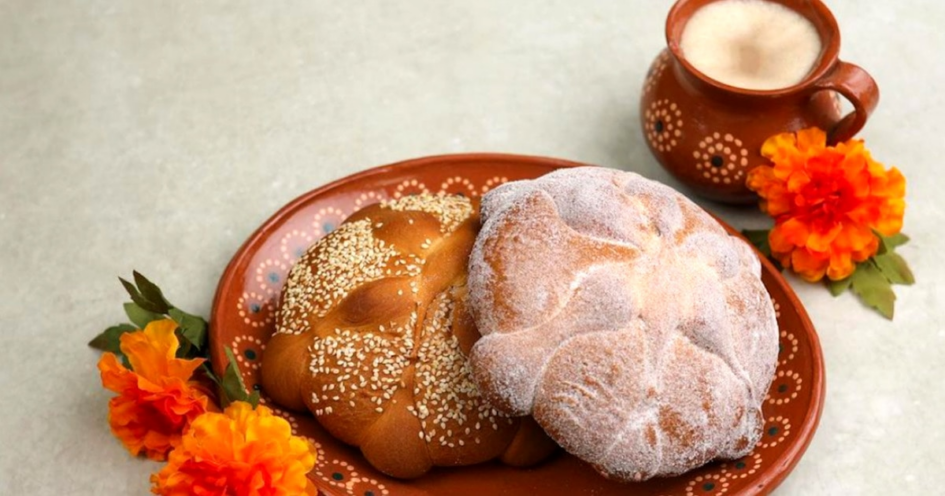 Holiday or not, it’s always time for a fluffy vegan concha or an irresistibly moist cortadillo slice. Vegan and vegan-friendly panaderías are popping up all over the US with strongholds in Los Angeles and Dallas. Many of these Mexican bakeries are family-owned, offering yet another incentive to fill your pink pastry box to the brim with delightful treats. From traditional pan de muertos to pumpkin-spiced tres leches, here are seven outstanding vegan-friendly panaderías to make your Dia de los Muertos a sweet celebration. 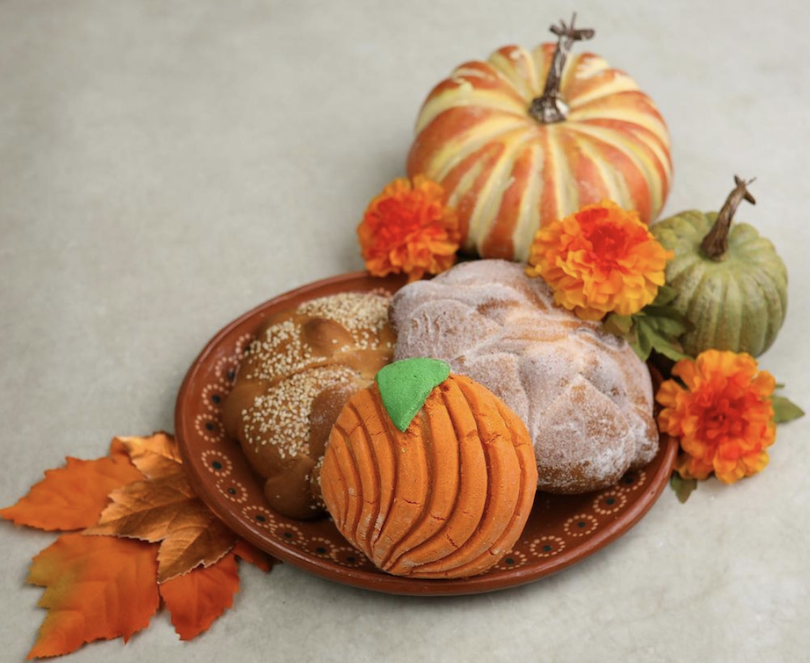 This industrious vegan panadería has spun through several names in the past. Pre-vegan transformation, it went by Victoria’s Bakery. In 2019, owner Kathy Lopez allowed her brother, Earvin, to offer up vegan varieties of the shop’s classic pan dulce in a small display case by the register. Just a few months passed until the vegan baked goods took over, drawing customers hundreds of miles to get a taste of veganized nostalgia. Now christened as Soy Concha Bakery, the panadería cranks out an impressive array of familiar Mexican sweets four days a week. Expect fun seasonal spins such as pumpkin flan, cute Halloween-themed conchas, and traditional pan de muerto.
Find it here 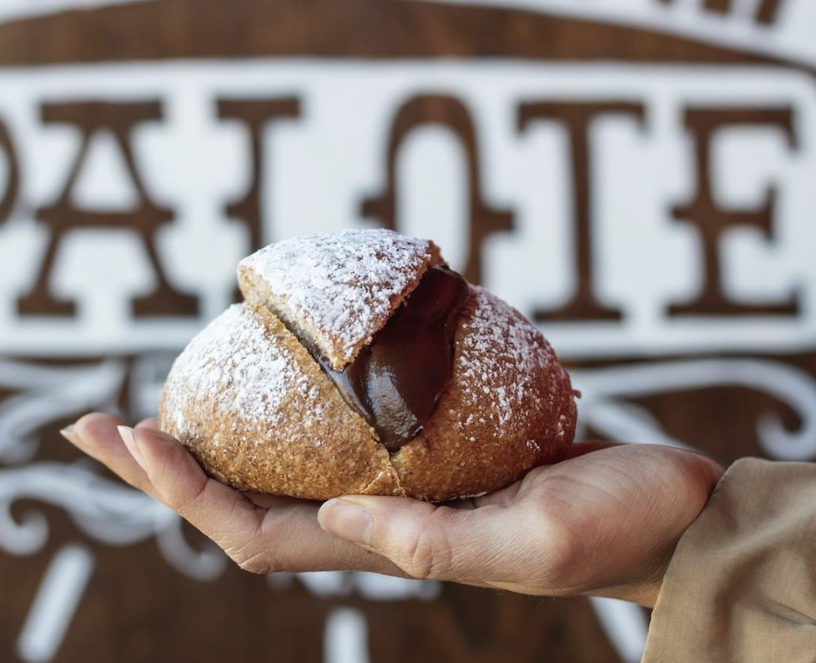 Vegan for five years running, this local’s favorite Mexican restaurant and bakery removed all animal products from its menu back in 2016 following a family health scare. In addition to the colorful conchas, pig-shaped marranitos (or puerquitos), and jammy empanadas, the kitchen also churns out a full savory menu of tacos, tortas, and combination plates. If you’re hosting a Dia de los Muertos party in the Dallas area, you’re in luck, because yes, they cater.
Find it here 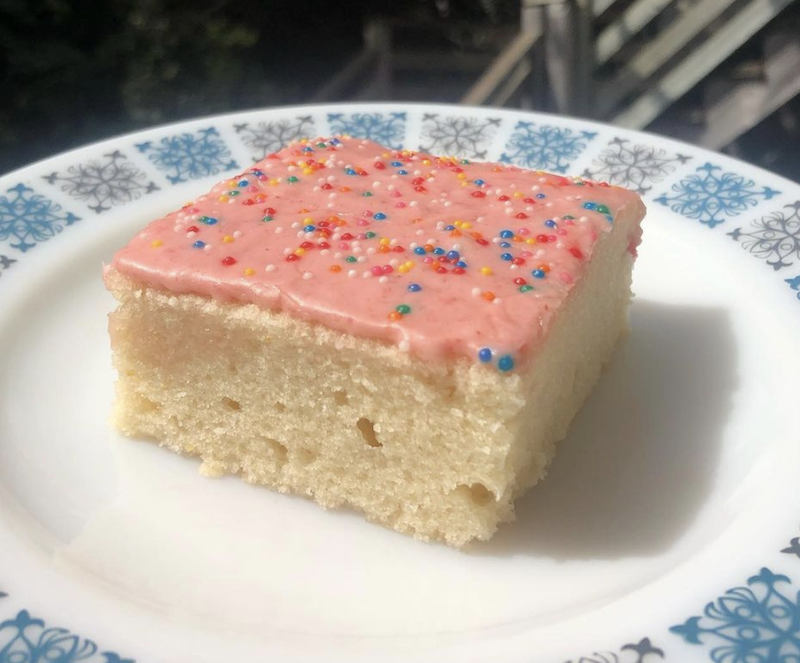 Sheet cake lovers really need to try a slice of this vegan pop-up’s cortadillo. There’s something so comforting about this humble, super moist yellow cake adorned with a thin pink glaze and rainbow sprinkles. Other options include conchas, orejas, and mini marranitos. Find them on weekends at NIDO’s Backyard.
Find it here 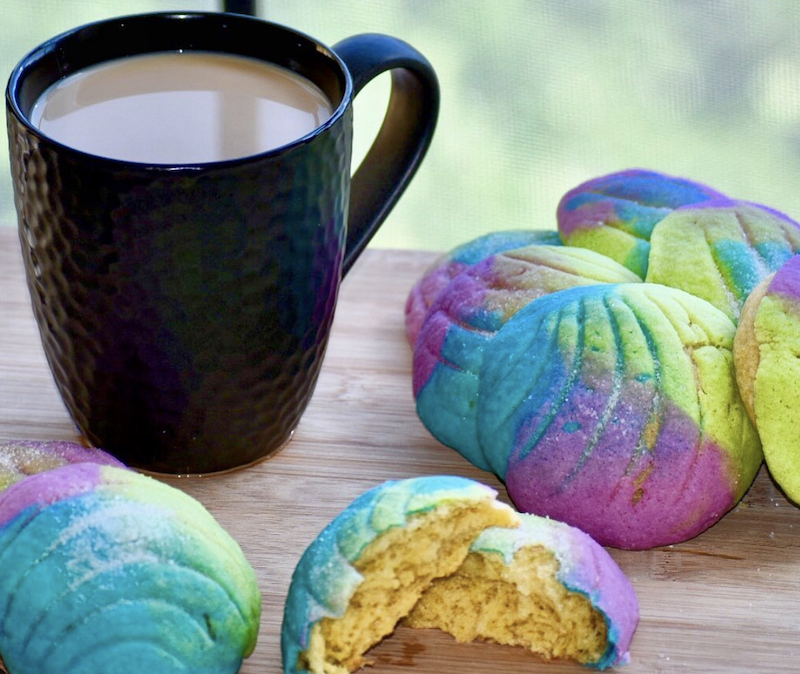 You’ll have to wait for the Dallas Farmers’ Market on Saturdays and Sundays to hunt down your pumpkin spice conchas, but these treats are worth the wait. Chomping at the bit for these fluffy sweet breads? You can pay a little extra for delivery in the Dallas Fort-Worth area. While you’re perusing the shop, throw a few vegan chicken tamales and vegan Latin meats into your cart. Bonus for those who live out of town: the savory items ship nationwide!
Find it here 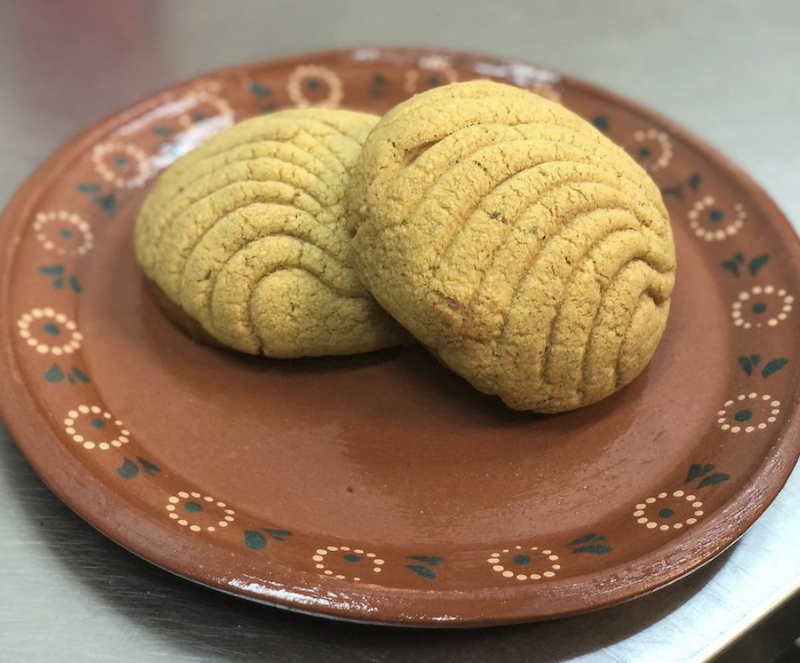 While not exclusively vegan, we are in full support of the expansive vegan options at this Southern California panadería. The bakers are really embracing the fall season with pumpkin-spiced conchas and tres leches in addition to scratch-made versions of the popular Gansitos. Those outside of Orange County can DM the bakery to request shipping.
Find it here 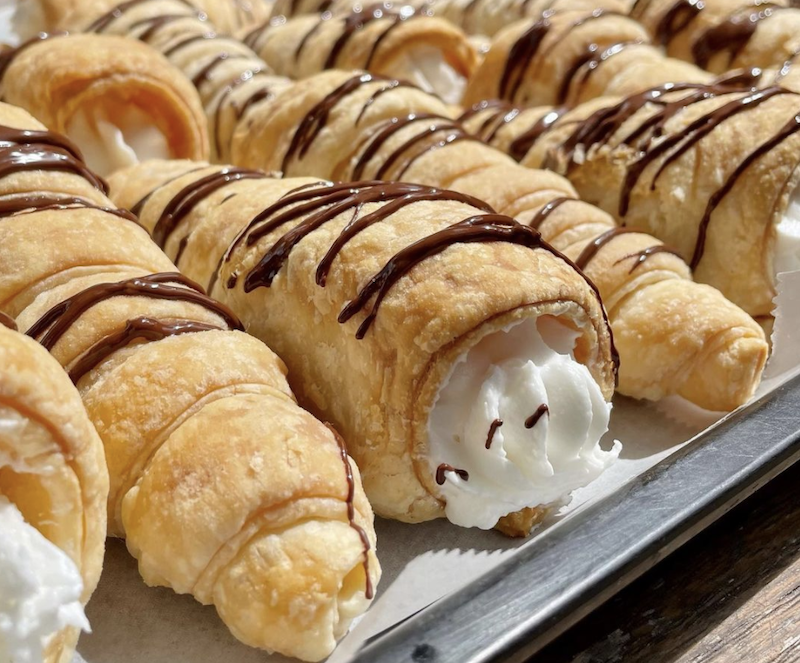 Houston’s first full-service plant-based Mexican restaurant and bar also serves up a dizzying array of bakery items. In addition to cinnamon rolls, doughnuts, and cookies, customers can also stuff their pink pastry boxes with multiple flavors of conchas, cuernitos, empanadas, and hojaldras. Order early, as some sweets sell out faster than others.
Find it here 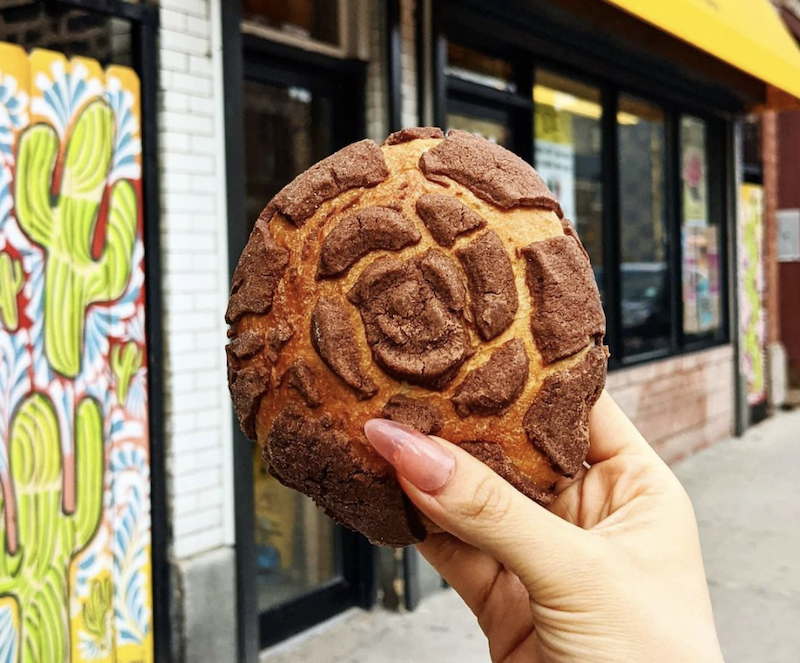 A Chicago institution since 1973, Panadería Nuevo Leon has evolved to offer a variety of vegan options by way of plant-based conchas, orejas, muffins, and cupcakes. Local tip: get there early, as the vegan options tend to sell out.
Find it here

For more on vegan Dia de los Muertos festivities, read:
14 Vegan Mexican Desserts You Need
7 (Not Dead) Recipes to Celebrate the Day of the Dead

The 5 Best Vegan-Friendly Luxury Hotels in the US

10 of the Most Vegan-Friendly Universities UK