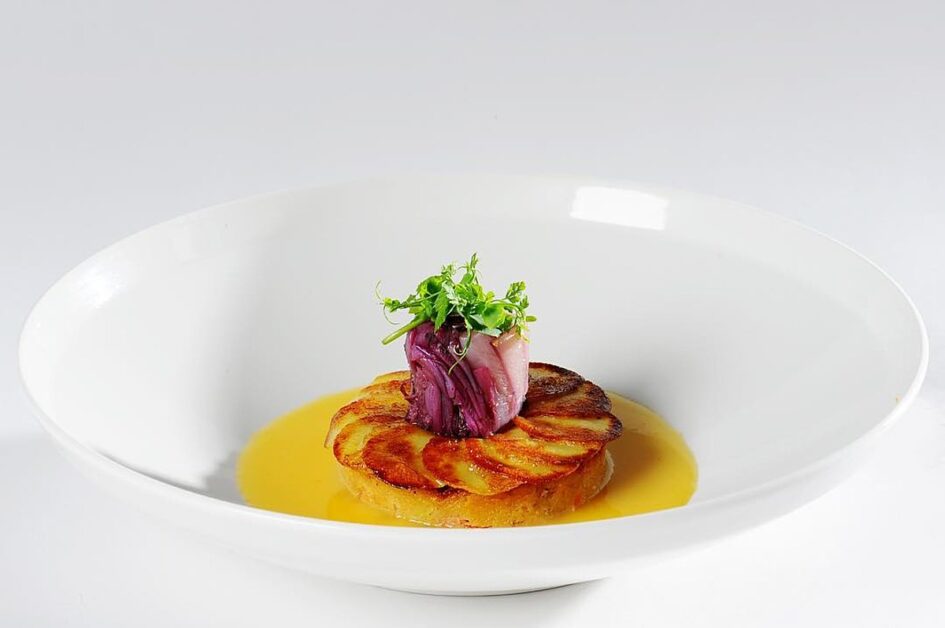 Historically, consumers would be pressed to find a vegetarian or vegan restaurant awarded with the highly coveted Michelin star. With minimal exceptions, the Michelin judges would rarely award plant-forward menus with the respected reward. This year, however, Michelin judges awarded 57 vegetarian and 24 vegan restaurants with the star ranking. The shocking spike in Michelin recognition signifies fine dinings shift towards plant-based foods and dishes.

Chef Claire Vallee – who is responsible for France’s ONA (Origine Non-Animale) – became the first French chef to be awarded the Michelin star. She opened her restaurant in 2016 to deviate from the conventional fine dining methods that typically prioritize meat and dairy ingredients. Serving a seven-course vegan menu, Vallee’s Michelin star is an example of the growing acceptance and recognition of both plant-based eating and its place at every level of food.

“This goes to show that nothing is impossible,” Vallée wrote on Instagram following the news of her Michelin star in January. “We will continue on this path because this star is mine, it is yours … it is the one that definitively brings vegetable gastronomy into the closed circle of French and global gastronomy.”

Vallee’s restaurant opens in opposition to traditional fine dining, but also directly challenges French gastronomy. Conventional French cuisine centers around meats, cheese, and other animal products, so the chef wanted to display that tradition could be upheld without animal-based ingredients.

“This is a good thing for the vegan community as this star is evidence that French gastronomy is becoming more inclusive and that plant-based dishes belong there too,” Vallée said.

Michelin initially inched closer to plant-based cuisine in 2019, when it granted a star to meat-free star to French chef Dominique Crenn’s San Francisco-based Atelier Crenn. Crenn removed all meat with the exception of local, sustainable seafood in an effort to promote sustainable sources. She claims that she decided to change her menu to promote plant-based, sustainable foods to combat environmental damage and the current climate crisis.

“Meat is insanely complicated — both within the food system and the environment as a whole,” she said in media statements at the time. “Local and sustainable fish and vegetables are just as, if not more, versatile — and delicious.”

The iconic chef recently achieved another first, announcing that she plans to partner with food tech company UPSIDE Foods to introduce cell-based chicken to her menu. Crenn will become the first US Michelin-ranked chef to serve cell-based meat, citing that the cultivated meat is the future of sustainability in food. The chef will also act as a culinary counsel for UPSIDE into the future as the start-up begins to perfect its production methods.

As the Michelin star becomes more accepting of plant-based foods, legendary Michelin-ranked chefs have begun introducing more vegan ingredients. Last month, chef Josef Centeno replaced dairy cheese from two dishes at his Los Angeles-based restaurant, Bar Ama. The chef holds a Michelin star from his other restaurant Orsa & Winston. After trying the vegan cheese from So Delicious, the acclaimed chef decided that it would be possible to retain the same flavor value without the excessive animal ingredients.

“​​Cheese is a key ingredient in all of my cooking, but especially at Bar Amá; My Tex-Mex restaurant,” Centeno said at the time. “After trying the So Delicious cheese alternatives, I realized that it’s possible to swap traditional cheese out with this delicious plant-based substitute with delicious flavor and texture. Whether guests are dairy-free, vegan, flexitarian, or just enjoy great food, I’m excited to be able to provide them with more to choose from on the menu, knowing that the experience won’t disappoint.”

Worldwide, chefs feel inspired to enhance the sustainability and nutrition of their menus, especially as the plant-based consumer base continues to grow. Now, the Michelin judges have started rewarded the chefs who have innovated their restaurants and debuted either full or partial plant-based selections. With 81 plant-forward restaurants receiving Michelin stars this year, chefs and fine dining restaurants are in the process of introducing more vegan and vegetarian options.