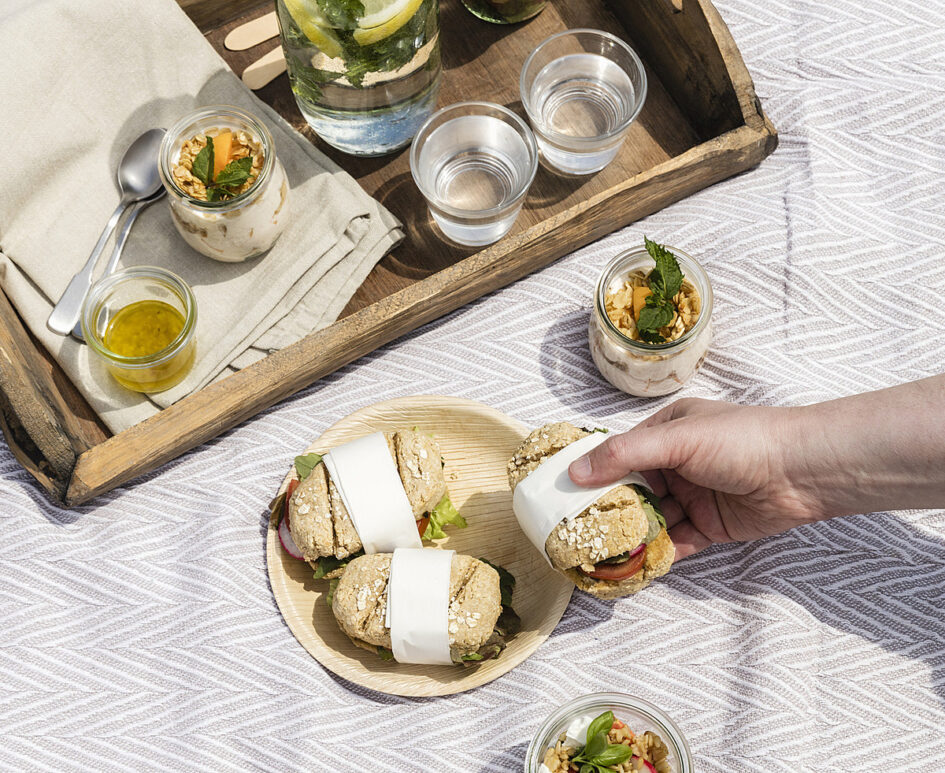 Plant-rich diets and the climate crisis have become inextricably intertwined as environmental activists, governments, and vegan organizations begin to hold the animal agricultural industry accountable. The United Nations released a “Code Red” report that warned of the forthcoming climate disasters, leading to several plant-based initiatives including the Plant-Based Treaty to tackle diet at the forefront of the conversation. A new study titled ‘Variations in greenhouse gas emissions (GHG) of individual diets: Associations between the GHG and nutrient intake in the UK’ found that meatless diets produce 59 percent fewer emissions than non-vegetarian diets.

The new research published in Plos One examined the environmental impacts of several diets including omnivore, flexitarian, vegetarian, vegan, and meat-eating. The study concluded that meat is a key factor in environmental damages, claiming that it ranked as the most significant emission driver in the study. The report found that healthier diets lined up with more environmentally friendly diets, asserting that reducing meat consumption could substantially lower the environmental cost of eating worldwide.

The researchers examined 212 adults over a 24-hours period, linking 3,000 food to their individual environmental impacts. The report details that meat accounted for 32 percent of diet-related greenhouse gas emissions. Beyond the meat category, the report also indicates that dairy products account for 14 percent of diet-related emissions. Other categories such as drinks, cakes, biscuits, and confections account for the supplemental emission count.

A recent study found that meat farming is responsible for 57 percent of all greenhouse gas emissions from the worldwide food sector. The report compares this figure to the 29 percent linked to plant-based food production. The report exposes how dangerous meat and dairy production is for the environment, pointing out its significant land, water, and energy waste alongside the dangerous emission levels.

“The emissions are at the higher end of what we expected, it was a little bit of a surprise,”  Climate Scientist at the University of Illinois and co-author Atul Jain wrote in the report published in Nature Food. “This study shows the entire cycle of the food production system, and policymakers may want to use the results to think about how to control greenhouse gas emissions.”

Severe methane emissions continue to drive climate change as consumers worldwide begin to demand more protein. The UN explains that population growth, economic development, and urban migration have fueled the need for increased protein production. With the growing demand for protein and a worsening climate crisis, countries and organizations worldwide have recognized that it is imperative to bolster the alternative protein market.

During the UN Climate Change Conference earlier this month, world leaders discussed the dangers of methane emissions and the animal agriculture sector. The United States and European Union accounted for a joint pledge to reduce methane emissions over the next ten years, putting pressure on meat and dairy industries worldwide. The international promise included six of the top 15 methane emitters, promising the limit global warming by 0.2 degrees celsius by 2050.

“This will not only rapidly reduce the rate of global warming, but it will also produce a very valuable side benefit, like improving public health and agricultural output,” President Joseph Biden said. “We believe the collective goal is both ambitious and realistic. And we urge you to join us in announcing this pledge at COP26.