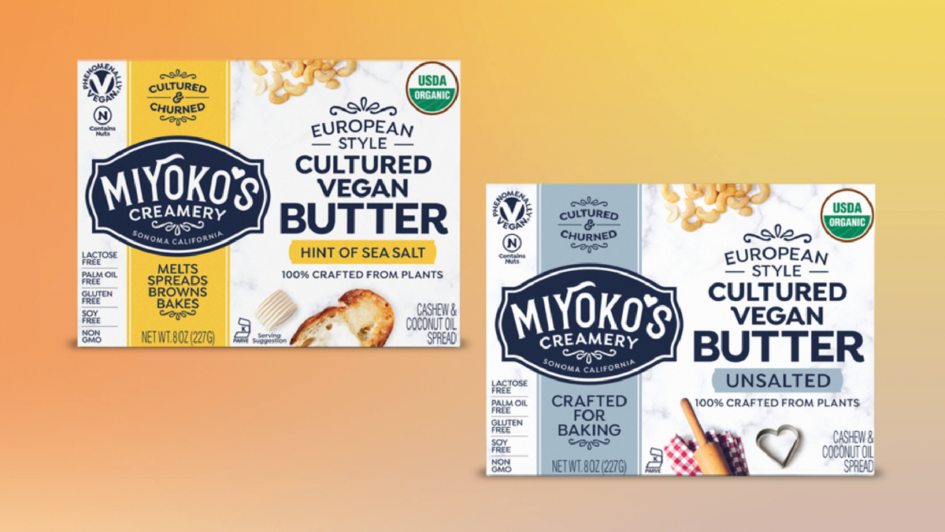 Miyoko’s Creamery – a popular brand of vegan cheeses, butters, and other dairy-free products – has just won a court battle that pitted the Sonoma, California-based company against both the dairy and meat industry and the California Department of Food and Agriculture. The ruling in the year-long lawsuit could be a landmark in setting new precedents for how plant-based products are marketed.

In December, 2019, Miyoko Schinner’s company received a letter from the California Department of Food and Agriculture demanding that the company stop calling its vegan butter “butter,” remove any reference to the dairy-free products being “lactose free,” “hormone free,” or “cruelty free,” and delete a photograph of a woman hugging a cow from its website. Schinner told the San Francisco Chronicle that she found the demands – especially the one about that photo – to be “absurd.”

Rather than bow to the pressure, Schinner partnered with the Animal Legal Defense Fund to sue the state agency.

“California is supposed to be a progressive state that should be setting a gold standard for fighting climate change,” she told the Chronicle in early 2020, when the suit was filed. “It doesn’t make sense to have state regulators essentially hamstringing companies like this.”

The suit argued that banning the use of those particular words and phrases constituted a violation of Miyoko’s Creamery’s First Amendment rights. In a ruling issued Wednesday, Judge Richard Seeborg of the U.S. District Court for the Northern District of California agreed. He did maintain one narrow exception, upholding the CDFA demand that Miyoko’s stop using the phrase “hormone free” as there are in fact naturally-occurring hormones in plants.

In the case, the CDFA claimed it was simply enforcing federal labelling standards for “butter,” which call for it to be a product with 80 percent milkfat. As Food Navigator reports, those labelling standards are around 90 years old, a detail Judge Seeborg found less than compelling.

“Quite simply, language evolves,” Seeborg wrote in his ruling. “Absent anything from the State revealing why old federal food definitions are more faithful indicators of present-day linguistic norms, neither the fact nor the vintage of the federal definition of ‘butter’ counts against Miyoko’s.”

RELATED: Miyoko Schinner on Indulgence, ‘The Vegan Meat Cookbook,’ and the Meal that Changed Her Life