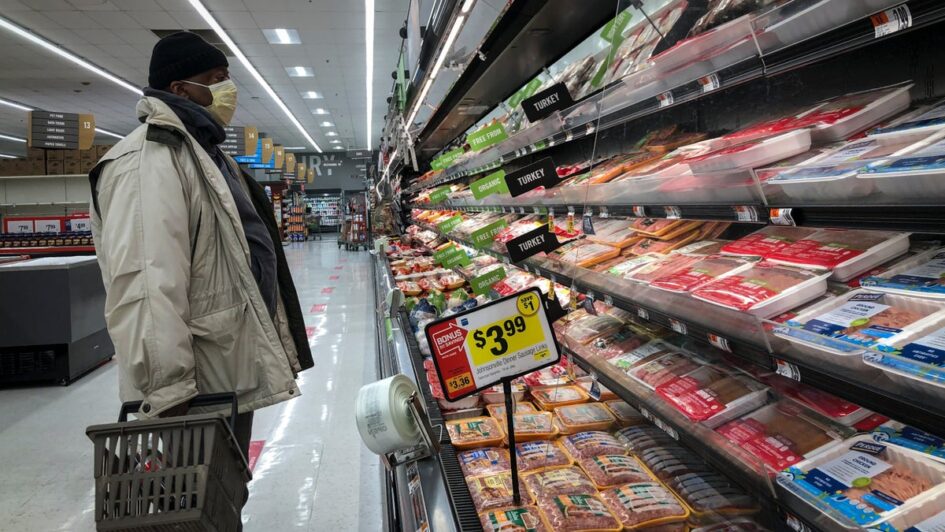 Those who forego meat talk a lot about the impact of a meat-based diet on animals and the environment. This year advocates are using the Labor Day holiday as a chance to focus attention on another aspect – the human labor required to bring animal meat to consumer tables, particularly at industrial scale.

Advocacy groups Project Eat Less Meat and World Animal Protection are behind the #MeatlessLaborDay online campaign, asking the public to sign onto a pledge to go meat-free on September 6. The Labor Day holiday has historically been associated with the sale of extra meat in the U.S., feeding cook-outs and parties, which can mean meat processing plants escalate production in the ramp-up. According to Project Eat Less Meat, that may result in workers being called in for longer hours and expected to work faster, possibly increasing the risk of injury.

“Labor Day is meant to pay tribute to hardworking laborers, not make them work longer hours at greater risk,” says Eddie Garza, a chef and activist speaking on behalf of the group. “The pledge to reduce meat consumption on Labor Day is targeted at raising awareness of these issues and alleviating some of the pressure for meatpacking workers this holiday weekend.”

The COVID-19 pandemic brought new light to working conditions in U.S. meatpacking plants, with workers at the facilities accounting for more than 334,000 cases of the disease according to estimates from researchers at UC Davis. According to the study, having a large beef or pork processing plant in a county was linked to more than doubling that county’s average infection rate in the first 150 days of the pandemic, relative to a comparable community without one.

At one Tyson pork processing plant in Iowa, seven managers were fired after an investigation into claims they had a betting ring going on how many of their line workers would contract COVID-19. As of December 2020, more than 1,000 employees at that plant had contracted the virus and at least six had died. Workers alleged that some were moved back and forth to other Tyson facilities that were also experiencing their own outbreaks without adequate testing or quarantine procedures. Tyson supervisors reportedly told worried workers they had “a responsibility to keep working in order to ensure Americans don’t go hungry” while those same supervisors themselves avoided entering the factory floor area.

Nationally, at least 297 meatpacking plant workers across have died of COVID-19, according to research by the Food and Environmental Reporting Network.

Meatpacking workers are often vulnerable members of society. A 2020 study by the Center for Economic and Policy Research found that meatpacking plant workers are disproportionately immigrants, refugees, and people of color. More than half of line workers at the plants are immigrants; a quarter live in households with minimal English language proficiency, and a significant number are undocumented. That position may make workers more fearful to speak out about workplace conditions, pandemic-related and otherwise.

“Given that the United States has one of the highest rates of meat consumption of any country in the world, eating less meat, thus lowering demand, is crucial to improving conditions for workers in the meat industry,” says Joe Loria, Meat Reduction Campaign Manager at World Animal Protection, U.S. “Not to mention improving the lives of farmed animals and consumer health, while slowing climate change.”

To participate in the #MeatlessLaborDay campaign, the advocates are encouraging supporters to read about their pledge and share the campaign on social media. And, ultimately, they’re hoping consumer pressure will create a shift from what they term a “high quantity, low quality” model of animal meat production to something more sustainable with new, less-dangerous jobs for the workers involved.

RELATED: The Met Gala is Celebrating ‘American Independence’ with Its First Plant-Based Menu