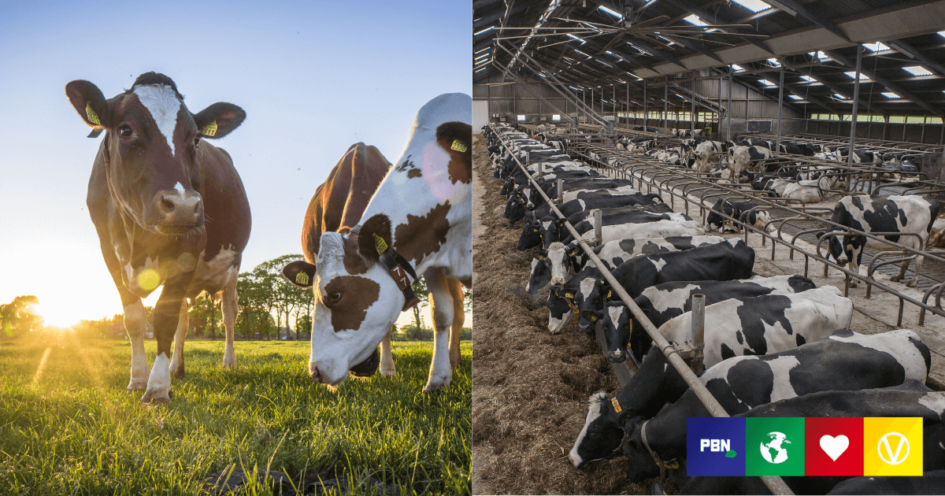 Earlier this year, nearly 500 complaints were made about a campaign that promotes the benefits of eating meat and dairy. Consumers were concerned that the adverts were misleading. However, all complaints were dismissed.

The campaign – launched by the Agriculture and Horticulture Development Board – claimed that animal-derived meat and dairy provide ‘essential nutrients our bodies need’.

The £1.5 million campaign ran on TV, print, and social media.

“The story of a food so natural it takes the rain from the sky and the plants we humans cannot eat and turns it into something wonderful,” the advert said. “Essential nutrients our bodies need to help us stay healthy. Meat and dairy. Enjoy the food you eat. Eat balanced.”

The ad was also uploaded to YouTube. At the time of writing, the video has 90 likes and 1,000 dislikes

The video’s description adds that an ‘ideal diet’ offers ‘variety, nourishment, and enjoyment’ while ‘remaining in harmony’ with the planet.

It also calls out plant-based eating.

“To keep you and your family healthy it’s best to follow a balanced diet. Meat and dairy naturally provide nutrients, including the essential vitamin B12 not naturally present in a vegan diet,” the description says.

The Advertising Standards Authority (ASA) – the UK’s regulator of advertizing – concluded that the campaign is not misleading, and dismissed all 487 complaints.

ASA stated: “The ads did not state that consumers could not obtain a balanced and healthy diet unless they ate meat or dairy.”

It added that it is “factually accurate to state that vitamin B12 was not naturally present in a vegan diet”.

The Vegan Society, Compassion in World Farming, and PETA were among those who filed complaints.

Hundreds of people argued that the campaign was deceptive as it implied that animal products were an essential part of a healthy diet. But researchers around the world have stated the opposite, finding that ditching animal products can reduce the risk of heart disease, arthritis, and diabetes, among others.

Complaints also said that the campaign’s imagery was misleading. In the ads, livestock graze in open green fields, even though many animals raised for food live in factory farms. In fact, according to Compassion in World Farming, more than 70 percent of farmed animals in the UK are kept in factory farms.

Others took issue with the campaign’s suggestion that animal agriculture was environmentally friendly.

The meat and dairy industries have come under fire for their negative impact on the planet. Beef, for example, has repeatedly been identified as one of the most destructive foods on the planet.

In 2019, Oxford researchers published the most comprehensive analysis of farming’s impact on the planet to date.

Lead researcher Joseph Poore concluded: “A vegan diet is probably the single biggest way to reduce your impact on planet Earth, not just greenhouse gases, but global acidification, eutrophication, land use and water use.”