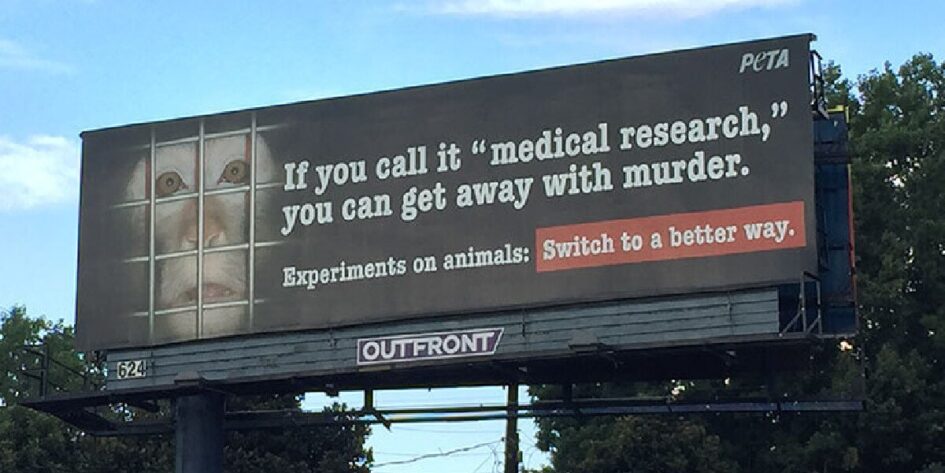 Documents uncovered by PETA reveal a shocking level of callous mistreatment and ineptitude on the part of experimenters at Emory University and the affiliated Yerkes National Primate Research Center (Yerkes).

A surgical sponge remained in a female monkey’s body for four months after staff subjected her to a C-section surgery. In addition, experimenters used the same kidney biopsy needle on two animals without properly sterilizing it between uses and a rhesus macaque died after being injected with a substance that caused the animal to go into anaphylactic shock. This photo taken in 2017 of an older female Macaque imprisoned at Emory University shows a hideous wound on her thigh. It was the result of incompetence and neglect on the part of school, which continues unabated today.

As a result of our complaint to the U.S. Department of Agriculture (USDA) about these shocking incidents, the agency is now investigating Emory and Yerkes for violations of the federal Animal Welfare Act (AWA).

The Suffering Extends to Mice and Rats

In addition to these recent incidents—all violations of the federal Animal Welfare Act—Emory University also racked up dozens of additional violations of federal animal welfare guidelines.

Mice and rats died from starvation or dehydration, and living mice were found in a freezer intended for dead animals. Mice suffered complications after the tips of their tails were cut off, and the toes of infant mice were amputated, which is not in compliance with protocol.

Taxpayer Dollars Are Wasted on These Cruel Experiments

In 2020, Emory University and Yerkes used 1,485 primates in experiments and confined an additional 2,270 primates to their bleak laboratories. That same year, the institutions received $507,546,965 in grants from the National Institutes of Health—i.e., taxpayer dollars. However, even with hundreds of millions of dollars in funding, Emory and Yerkes apparently can’t manage to comply with minimal standards of animal welfare.

PETA is calling on the U.S. Department of Agriculture to do the bare minimum by citing Emory University for its failures. Take action for the monkeys suffering at the National Primate Research Centers:

Tell NIH to shut down the national primate research centers!