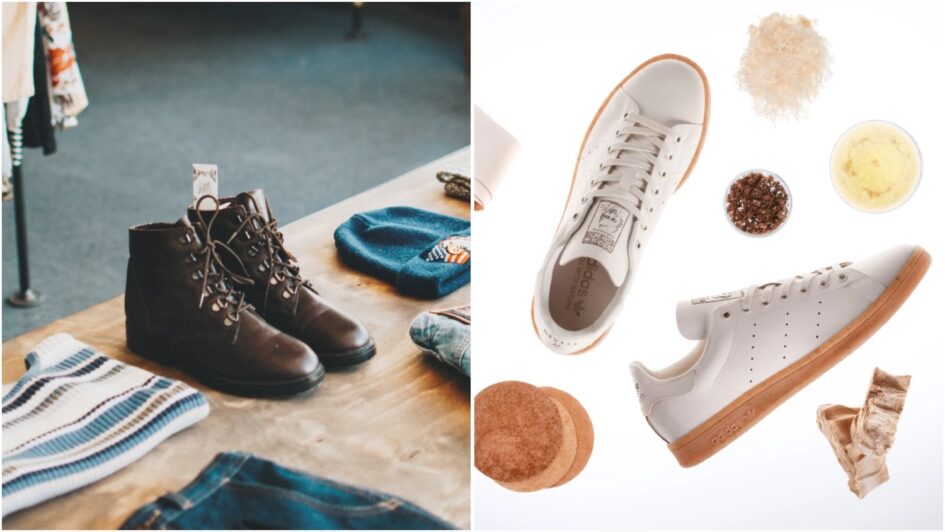 As an ethical vegan, I don’t buy anything made from animals or insects. At least, that’s how I used to feel.

I care deeply about animals, and I also care deeply about the planet—and I understand that the urgency of the climate crisis is on all of us. So, in an attempt to lower my carbon footprint, I started to buy more secondhand clothes. Vintage and secondhand things and I have always had a special relationship, dating back to a younger me dressing up in 1980s puff-sleeved dresses, lace gloves, and gaudy plastic jewelry. Decades later, that love is alive and well: I scroll through secondhand clothing sellers on Instagram daily and send out-of-budget listings to my brother, simply punctuated with “OMG.”

Here’s where it became a moral predicament. Not too long ago, I scrolled across a previously-owned black cashmere sweater. I consider myself a picky shopper, but I could picture myself wearing that sweater for seasons to come. But instead of buying it, I told myself: “It’s cashmere. It may be secondhand, but it still came from an animal.” After that, I kept asking myself if I could still call myself a vegan if I had purchased a used cashmere sweater from an independent online seller.

Working for a publication that regularly covers the solutions to the shocking impact that fashion has had on this planet has brought a sense of hyper-awareness to my daily life. When it comes to asking the whos, whats, wheres, and whys of how raw materials became my favorite pair of faux leather combat boots, I go deep. But, I’ve made a few changes to alleviate that anxiety over how my choices affect the planet (while acknowledging that much of the responsibility for changing things for the better lies with lawmakers and major corporations). I no longer buy fast fashion, one of the most destructive forces in the industry.

It’s easy enough to avoid spending money on brand-new things made from animal-derived materials. I could walk down any street in my neighborhood and find a place that sells bags, belts, or shoes made from polyurethane leather. The same goes for cable-knit sweaters made from plastic pellets that have been melted, stretched, and spun into wool-free yarn. When I first went vegan, I never thought twice about buying these things.

But, I soon learned that just because a material is vegan doesn’t mean it’s good for the planet. Studies have shown that washing clothes—like an acrylic sweater, a poly-blend pair of jeans, or nylon workout clothes—is a major source of microplastic pollution in the oceans. (Microplastics have even been found in the Arctic.) Then I learned about the human side of things. The ways in which the fast fashion industry exploits the workers who made that micro-season’s garments. The Rana Plaza garment factory collapse in 2013 is the most sobering example of this but to this day, garment workers are still fighting for better treatment.

There’s also the issue of sustainability in its purest sense: How long does each garment last? The majority of fast-fashion clothes always seem to fall apart after what feels like three washes. And even “recycling” clothing typically ends with it piling up in a landfill. If it’s made from a fossil fuel-derived fabric, it could take up to 200 years to biodegrade. And not even a higher price tag buys you better quality, nor does it ensure that garment workers are being treated fairly.

Actions that once seemed benign, like buying a new backpack, turned into something to brood over: “Do I really need this? Do I only want this because it’s trendy? No matter what I do, I’m hurting the planet.”

The truth is, vegan fashion may be worse for the planet than buying secondhand, deadstock, or upcycled garments made from leather, wool, or other animal products. Vegan fashion brands, at their core, are still brands that want to sell me something new every season. I applaud the ones that use sustainable materials, work with ethical factories, and that embrace waste reduction and other environmental initiatives, but I would rather take actions that prevent more waste. And sometimes, that includes clothes, shoes, and accessories made from animal products. It’s not an easy choice, but it’s mine, and it aligns with my core ethos.

Thrifting is an easy way to reduce my carbon footprint. Plus, I am not giving my money to the brands that made the animal products, but rather supporting an independent business owner, or a larger thrift chain (and I make sure to avoid the anti-LGBTQ one).

Of course, thrifting responsibly takes careful research. Many thrift stores are now packed with fast fashion clothing and shoes that won’t last more than a few seasons. But the hunt is part of the fun! One of my favorite finds is a loud secondhand floral blazer that didn’t reward any brands with poor environmental or ethical ratings. I also loved a thrifted wool sweater that channels Robert Pattinson’s character in “The Lighthouse” which was, sadly, lost in my most recent move.

But, as an ethical vegan, is it ever okay to buy secondhand leather, wool, or silk?

I used to think, no. Those materials were once part of an animal. That would show the thrift store that people want to buy wool and leather.

But, lately, I’ve been thinking about the countless faux-wool coats that fell apart while a coat inherited from my great grandmother hadn’t had a single loose seam in its decades of service. I’ve also been recalling the leather boots that continued to survive the brutal streets of New York City, while those secondhand pleather boots fell apart, and the leather gloves which kept my hands warm in the winter that no man-made knockoff could ever achieve. Thinking about the animals is sad. But, there’s no getting away from it, buying secondhand, even if it’s made from those materials, is better for the planet.

I’m grateful that the vintage, deadstock, and secondhand clothing market is booming and that others are finding joy in the not-new. And I wouldn’t lecture anyone for thrifting a leather trench coat or a plaid wool skirt. Small steps are worth celebrating. So I asked myself: Don’t I owe myself that same kindness? The answer is yes.

Discover the must have vegan leather accessories