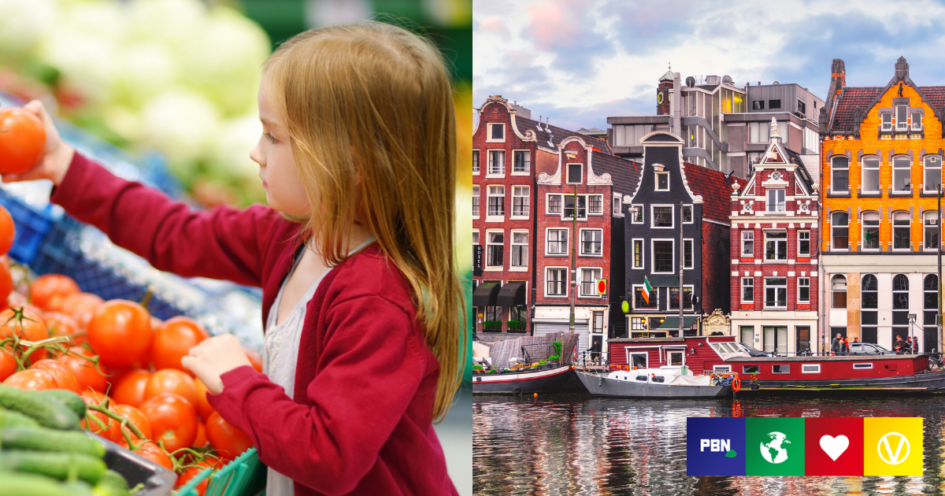 Amsterdam is debating a ban on fast-food outlets near schools in a healthy eating boost.

And, plant-based is at its heart: with plans to help city-goers make at least half their daily diets plant-based between now and 2030. By 2040, it is hoped the diets of Amsterdammers will be 60 percent plant-based.

It’s part of City Deals, which works with governments and companies to help with social issues in Dutch cities.

As part of the goals, catering establishments will be called to improve meatless options. And, healthy and ‘sustainable’ food options will be made readily available across ‘vulnerable’ neighborhoods.

Moreover, the focus will be on making healthy food more on offer outside public buildings and schools.

One of the region’s major newspapers, Het Parool, cites the reasons behind the move as an increase in overweight children.

Recent studies indicate that 62 percent of adults across the Netherlands will be overweight by 2040, the news outlet claims – and it follows a boost in similar rates among children over the past four years.

The Netherlands Environmental Assessment Agency and Central Planning Bureau are working on the City Deals plan, of which the city’s deputy mayor Simone Kukenheim has already signed off on.

Kukenheim told Het Parool: “To prevent children from walking to the snack bar after or during school, there must be a healthy food environment. That also means no more fast-food sales at schools.”