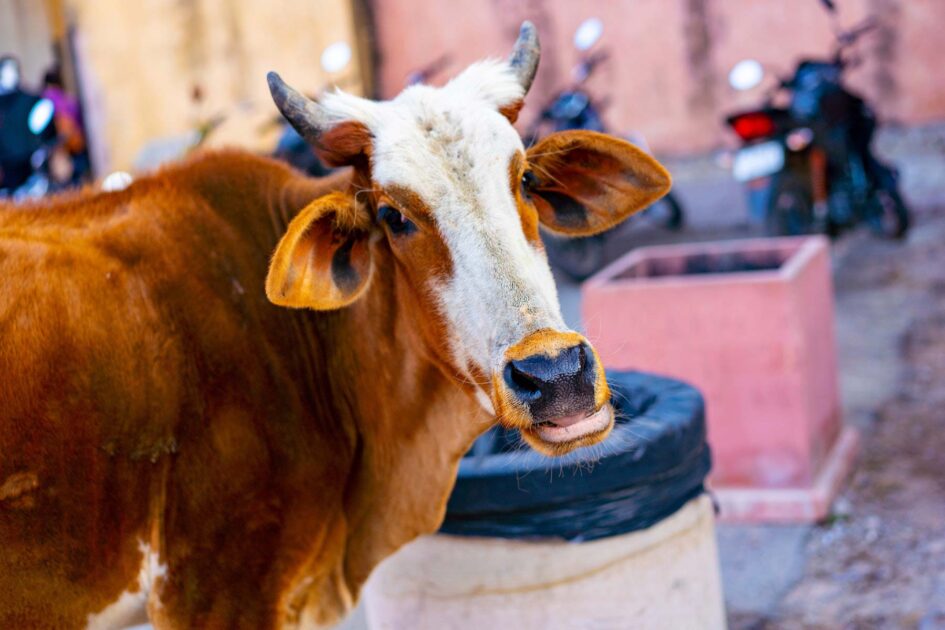 As people the world over are coming to understand the impact of their food choices, they are changing the way they eat. Plant-based foods are increasingly being chosen over meat, and the consumption of milk is dropping fast in many parts of the world, including the US, Canada, the UK, Finland, Norway, and across the EU. In India, however, despite the majority of people being lactose intolerant, milk consumption continues to rise but the dairy industry is clearly concerned for its future, and is taking a strong stance to defend its profits.

What Does Amul Stand For?

The word is derived from the Sanskrit for ‘precious’, Amulya, but it is also an acronym for Anand Milk Union Ltd.

More than seventy years ago, farmers in Gujarat were struggling to make a living, so they approached Sardar Patel, an Indian statesman, for advice. He told them to form a cooperative, to cut out the middlemen who were creaming off the profits, and to supply milk directly to customers. He advised them to go on strike if necessary. And that is exactly what they did. The Kaira District Co-operative Milk Producers’ Union Limited, Anand was formally registered in December 1946. Since then it has grown and grown, and today is managed by a cooperative body, the Gujarat Co-operative Milk Marketing Federation Ltd. which is jointly owned by 3.6 million dairy farmers in Gujarat.

Where Is Amul Dairy Located In India?

It is based in Gujarat in north west India.

How Many Amul Dairies Are There In India?

Amul is the cooperative but there are 3.6 million farmers from all over the state that sell milk via Amul.

Why Is Amul Dairy Bad?

If we consider the environmental impact, the cost to animals, and the harm to our health, there is a lot to be concerned about in the dairy trade, and Amul is one of the world’s biggest players.

Let’s start with the environment. Almost all foods derived from animals create more climate-changing emissions than almost all foods derived from plants, and milk from cows is three times worse than soy milk, according to Oxford University. Because of the pollution associated with dairy cows, and the amount of water they need, those researchers concluded that avoiding meat and dairy was the single biggest thing we as individuals can do to help the planet.

On dairy farms all over the world, cows suffer emotionally, psychologically and physically, and this is also true in India, even though cows are considered sacred by many people. Like all mammals, cows make milk to feed their young, and so females are repeatedly inseminated to keep their milk flowing. The calf is often little more than an unwanted by-product and may be taken away soon after birth to stop them drinking the valuable milk. Cows may be kept tethered, alone, often in unsanitary conditions and are turned out to fend for themselves when no longer profitable. There is dreadful cruelty at the heart of the dairy trade.

And despite milk being heavily marketed to Indians, around 60 percent of the population is lactose intolerant, and may suffer abdominal cramps, diarrhea and nausea as a result. Many people do not even know why they experience these unpleasant symptoms and continue to eat the very food that causes the discomfort.

Does Amul Fights Against Plant-based Food?

It does. With the environmental, health and animal welfare impacts of dairy farming becoming widely known, more and more people are switching to plant-based milks. These taste just as good – and often better – than dairy, and can be used in the same way. They are better for animals and the planet, and contain no lactose at all, making them incredibly popular with vast numbers of people. With the rise of plant-based diets all around the world, the dairy industry has started to fight to retain its profits.

All around the world, producers of meat and dairy are complaining that customers could get “confused” by “vegan meat” or “plant-based milk”, though there is little evidence of that happening. Nonetheless, Amul has been defending its territory, with the Indian Express describing its actions as “very aggressive”.
It has taken issue with the phrase “vegetable ghee”, claimed that only ice cream containing 10 percent milk fat can be called ice cream, and even says that peanut butter should be called “peanut spread”.

All of this looks more like a protectionist stance than one designed to clarify the content of products for confused consumers. After all, no one is confused by hot dogs, buffalo wings or coconut milk.

This kind of aggressive action is happening in other parts of the world, too, where the dairy industry is fearful of losing market share to plant-based companies that are kinder to animals and the planet. In Europe in 2020, the powerful dairy lobby introduced a legal Amendment that would have outlawed plant-based milk companies from using words like “buttery” or “creamy”, or even comparing their much-improved environmental credentials with those of dairy. Thanks to ProVeg, Oatly and others, the Amendment was eventually withdrawn but we can expect similar actions in the future, as those who have sought to hide the suffering inherent in the dairy trade now seek to censor others who produce plant milks ethically and sustainably.

What Do FSSAI Regulations Say?

In 2017, the Food Safety and Standards Authority of India (FSSAI) set new regulations that state that a company cannot claim or suggest in advertisements and packaging that a non-milk product contains milk. Amul is using these regulations to challenge the wording on plant-based food packages.

The answer is simple! If you object to animals being harmed, the environment being polluted, and big companies silencing their critics – or if you want to know how you might improve your digestion, skin or respiratory health – ditching dairy in favor of plant milks is a great place to start.

As more and more people are discovering the negative consequences of the dairy industry, they are switching to delicious plant milks made from soy, oat, hemp, cashew, hazelnut or coconut. Worried for its future, the dairy industry is fighting against this progress but we believe that right will beat might, and that those who strive for a compassionate future on a healthy planet will win the day.

Want to know more? Here are our Ten Reasons Not to Drink Milk.