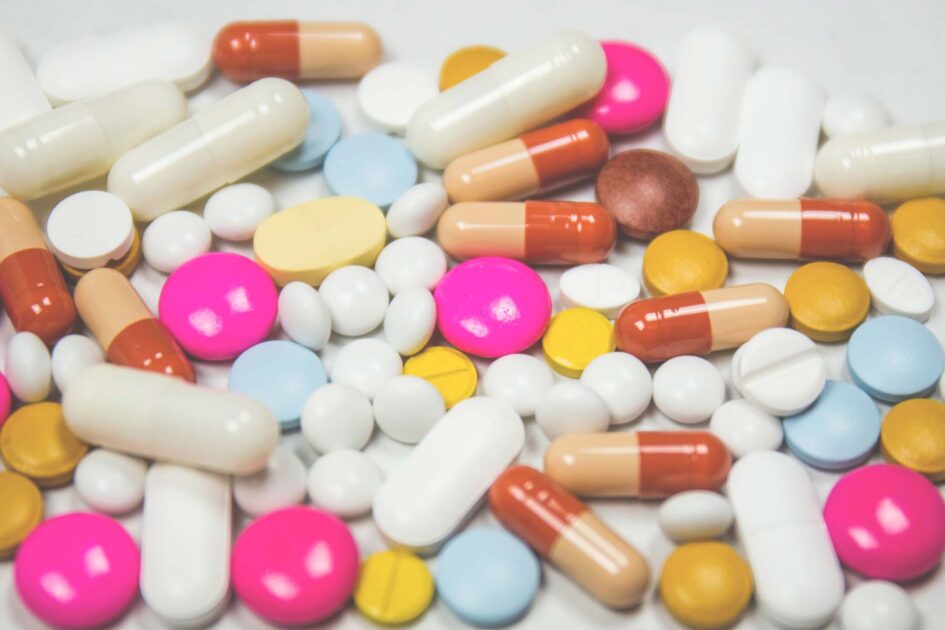 Administering antibiotics to farmed animals has become a standard practice on CAFOs (concentrated animal feeding operations). These sites confine over 125,000 chickens, 10,000 pigs or over 1,000 cows, often indoors or in fenced pasture. This is where the majority of the US’ meat comes from. In 2016, around 69 per cent of all medically important antibiotics in the US were fed to farmed animals.

This ridiculous practice aims to stop infection in animals that take hold only because of the overcrowded, inhumane and unhygienic conditions they are subjected to. If we stopped keeping animals in this way, there would be no need to feed them antibiotics.

This practice is dangerous on a global level, for all of humanity, as it leads to antibiotic resistant bacteria, or ‘superbugs’, which can render once-treatable infections untreatable, and cause preventable deaths on a huge scale.

Why Do Farmers Inject Animals With Antibiotics?

There are two reasons.

Antibiotics are used to treat and prevent diseases that are a problem only because of the conditions that animals are kept in on factory farms. The worst part is that many of these antibiotics are considered ‘critically important’ to humans, and they are being given to perfectly healthy animals as a preventative measure. Not only does this allow farmers to keep these sentient animals in poorer conditions, it risks the lives of hundreds of thousands of people as well through the emergence of antibiotic-resistant pathogens.

Antibiotics are also used for commercial purposes, to artificially promote growth in animals. This reckless practice is now banned in over 100 countries but still allowed in around 35, and is likely still a common motivation for their use even where it is banned.

How Much Antibiotics Are Used In Livestock

Over 66 percent of global antibiotic use is in farmed animals, not humans. The fastest way to ending this dangerous practice is to stop supporting agricultural industries completely.

Do You Need A Prescription For Animal Antibiotics?

In the US, the Food and Drug Administration has now banned the use of antibiotics in farmed animals without a prescription from a vet, and has made it illegal to administer the drugs solely to promote growth. This only happened in 2017 however and there is still so much progress to be made.

What Is The Most Common Antibiotic Given To Animals?

There are various types of antibiotics administered to animals and there is no one that is most common. A notable mention however is Colistin. Colistin is used extremely frequently in farmed animals and is a last-resort antibiotic used to treat people who are infected with drug -resistant bacteria. In recent years, a Colistin-resistant gene has been discovered which threatens to render Colistin useless, and cause human deaths that otherwise could be prevented. This is largely due to its overuse in farmed animals.

Humans should take drugs only when they are needed and on the advice of their medical doctor. Some antibiotics may be suitable for both humans and non-human animals but, if you are sick, see a doctor, not a vet!

How Does Antibiotic Use In Food Animals Affect People?

Overusing antibiotics in any living being poses risks, as it allows bacteria to build natural resistance to them. Using them in animal agriculture only heightens this risk, as humans are directly exposed to potentially drug resistant bacteria by eating their flesh at almost every meal.

This practice can lead to the emergence of drug resistant bacteria, or superbugs, that become commonplace and render common infections once again untreatable. Superbugs already make around 2.8 million Americans sick each year, and cause up to 35,000 deaths, according to the Centers for Disease Control and Prevention (CDC).

Should We Decrease The Use Of Antibiotics In Livestock Animals?

Yes. We absolutely must. The best thing we can do is stop farming, abusing and killing animals for our own dietary preferences. Only when we do this, will we remove the health and environmental risks this poses.

If we do not at least decrease antibiotic use, we run the risk of allowing drug-resistant bacteria to render essential antibiotics useless, allowing huge numbers of preventable deaths. This is already happening across the globe and will only get worse if we continue as we are.

What Can You Do To Help?

The single biggest thing you can do is stop supporting animal agriculture industries, by going vegan. If there is no demand for farmed animals, there is no need to abuse antibiotics and create unnecessary health risks. A well-balanced vegan diet poses zero risks to health, is nutritious, ethical and environmentally friendly.

Whilst we still keep animals in awful conditions, and feed them critical antibiotics to prevent them succumbing to disease, we will be at risk from drug-resistant bacteria and superbugs. This poses risks to global health and can cause thousands of preventable deaths

At a time when our relationship with animals has affected us negatively on a global scale, we should really understand the risks posed by abusing antibiotics in this way. Yet, animal agriculture continues to administer antibiotics to animals, so they can continue to exploit them for profit, and we continue to support this by buying animal products.

By going vegan, we reduce demand for animal products and show that we do not want to support antibiotic overuse and animal suffering.