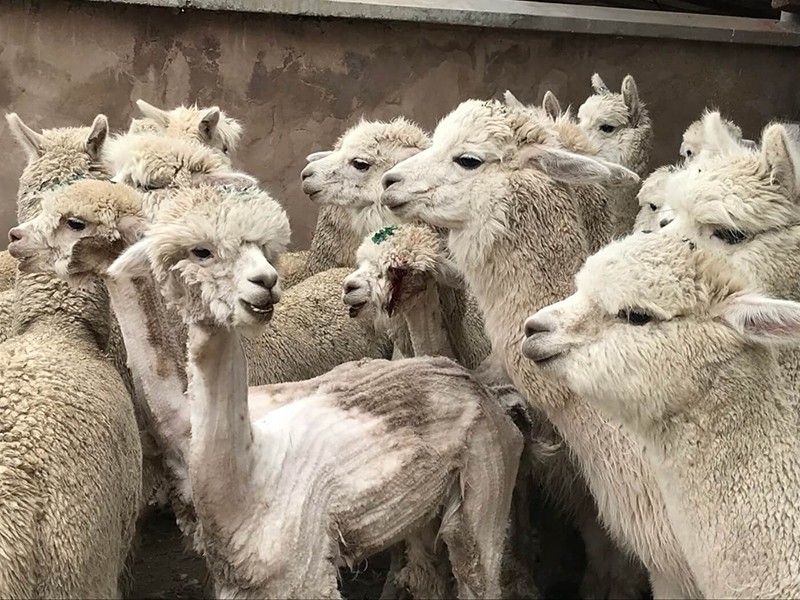 American Eagle can’t get away with misleading customers and supporting alpacas’ suffering.

After hearing from PETA about the cruelty in the alpaca trade, American Eagle added alpaca fleece to its list of prohibited materials under its animal welfare policy. Despite this, the company has refused to stop selling it. It’s time for American Eagle to stand by its commitment by ending its sale of alpaca fleece!

A first-of-its-kind PETA undercover investigation into the world’s largest privately owned alpaca farm, in Peru, revealed that workers slammed the alpacas—some of whom were pregnant—onto tables, tied them to a medieval-looking restraining device, and pulled hard, nearly wrenching their legs out of their sockets. They held struggling, crying animals by the ears as they roughly sheared them with electric clippers, causing some to vomit out of fear. The quick, rough shearing left the animals cut up and bleeding from deep wounds, which were sewn up without adequate pain relief.

Animals are not ours to use for fashion. Alpacas are intelligent, social animals who live in family groups and communicate with each other by humming. And like many mothers of other species, alpaca moms are very protective of their young, who typically nurse for six to eight months. But in the alpaca industry, these gentle animals are forced to endure immense cruelty—just so that humans can sell their fleece as sweaters, scarves, and other items. By selling their fleece, American Eagle is treating these animals as if they were nothing more than material for its knitwear.

Because its production is so unethical, alpaca has been banned by more than 50 brands, including Ann Taylor, Columbia, Marks & Spencer, UNIQLO, and Valentino. American Eagle already sells many styles made with cotton, acrylic, Tencel, and recycled polyester—it’s time for the company to embrace these and other animal-free options fully.