Another French Startup Is Taking On the Meat Industry 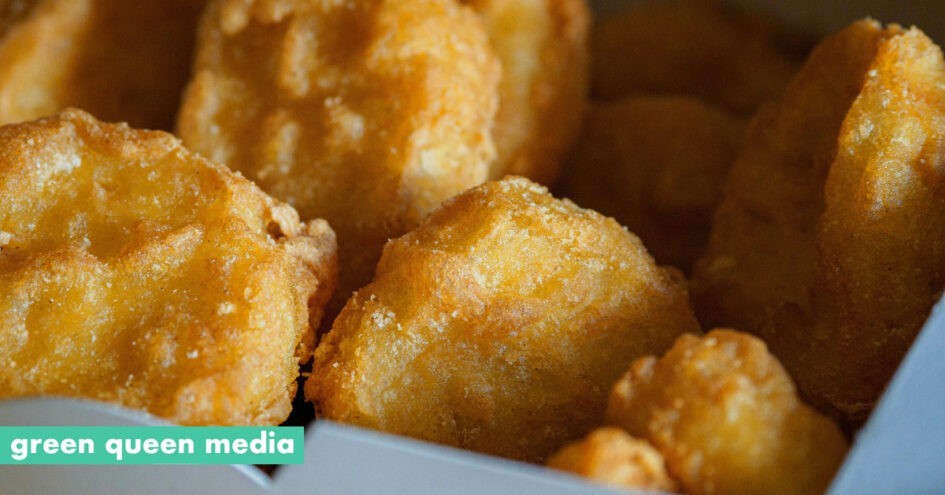 More than two years of development have delivered with Dévore says are meat analogs that offer improved taste, texture, and performance. The first products on offer are Nugs and Strips, which the company says are both more affordable than organic chicken.

A new, responsible way of eating

“We wanted to offer a new responsible way of eating based on clean food, in line with our values,” co-founder Eugénie Le Dressay said in a statement. “Products to be devoured without any complexes, with your eyes closed!”

Despite France’s long history as a meat-eating nation, a growing number of French people have begun reducing their consumption of meat and other animal products. Data from 2021 found nearly half of French citizens have reduced their meat intake in the last three years.

Le Dressay says the made-in-Fance vegetarian meat from Dévore is rich in protein just like conventional meat but low in saturated fat as well as providing a good source of dietary fiber. The co-founder points to the company’s lower environmental footprint, too, which Le Dressay says is “three times less energy-consuming than chicken,” in terms of CO2, water pollution, and land mobilization.

“It was important for us to make our products accessible to make life easier for people who want to reduce their meat consumption, whether they are flexitarians, teenagers who have the munchies, or parents who don’t have the time to cook. Cheaper than a free-range chicken and just as generous, our products are good for everyone: tasty and balanced for humans, respectful of animals and sustainable for the planet,” says Ribeiro.

Dévore’s launch comes on the heels of a number of plant-based launches in France. Last summer, HappyVore nabbed $36.8 million along with France’s largest vegan meat production facility. Last February, French supermarket chain Carrefour opened what it says was the first vegan butcher counter in the country. And the Natalie Portman-backed La Vie has seen its vegan bacon become a mainstay at Burger King locations across Europe.

The first two Dévore vegan chicken products are now available via the company’s website, in select grocery stores and markets, and through foodservice channels.