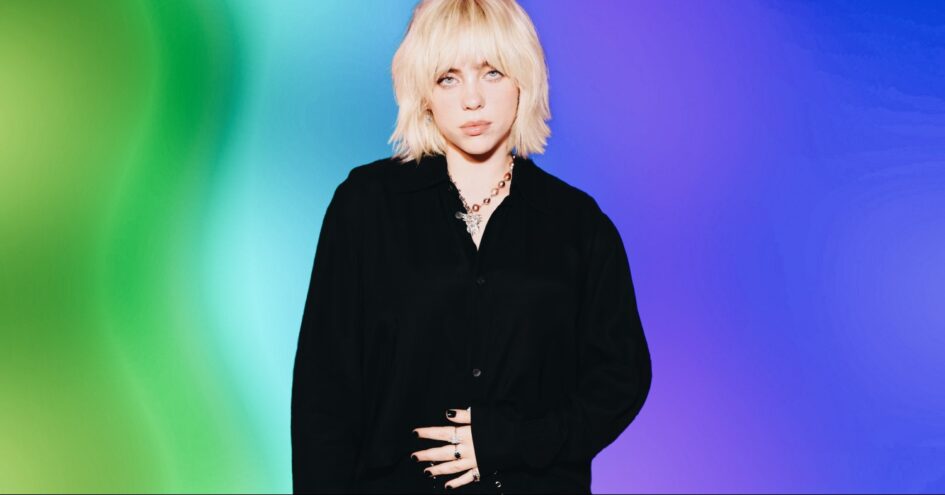 The Grammy award-winning musician (and self-proclaimed sneakerhead) has favored the iconic shoes in the past and already expressed interest in a collaboration with Nike’s Air Jordan brand.

The upcoming limited-edition sneakers feature a vibrant, monochrome, “Ghost Green” color scheme similar to the Don C Legacy 312 and the “Gatorade” design—both hand-picked by Eilish in a 2019 episode of the Sneaker Shopping video series by Complex.

The internet got its first look at the new shoes back in June of this year when PVA Sneakers leaked photos on Instagram. They also feature Eilish’s iconic Blohsh stick figure logo on the tongue, while the inner sole shows her name alongside the beloved Jumpman design.

According to HypeBeast, each pair of sneakers also comes with a co-branded Billie Eilish x Air Jordans notebook.

Will the Billie Eilish x Air Jordan sneakers be vegan?

Eilish herself is vegan, and Nike is increasingly moving towards sustainable and vegan-friendly materials in its shoe designs company-wide.

While the majority of existing Air Jordan designs feature a mix of synthetic and animal-based leather, some modern varieties (such as the Jordan Flight Flex) are vegan-friendly and incorporate 100 percent synthetic materials.

The original 1985 Air Jordan KOs were primarily made using canvas, and actor Maggie Baird—Eilish’s mother—shared a story on Instagram saying that the new shoes are vegan. LIVEKINDLY reached out to Nike for more information but has not yet received a response.

Eilish and Air Jordan’s much-anticipated sneakers will launch on September 30, according to zSneakerHeadz—a go-to source of Nike and Jordan release information.

Earlier this month, Eilish and Ayana Elizabeth Johnson, PhD (a marine biologist and the founder-CEO of Ocean Collectiv) discussed climate change and “how to think globally and act locally” in a feature for Nike.

The pair offered helpful suggestions for how people can help, specifically by combining your unique set of skills with what brings you joy to accomplish the work that needs doing. “You don’t have to be called an activist to talk about what’s right,” says Eilish.

Eilish’s signature Air Jordans won’t launch until the end of the month, but in the meantime, check out LIVEKINDLY’s complete guide to vegan shoes here.

LIVEKINDLY is here to help you navigate the growing marketplace of sustainable products that promote a kinder planet. All of our selections are curated by the editorial team. If you buy something we link to on our site, LIVEKINDLY may earn a commission.