Are Contraceptives Vegan? A Guide to Cruelty-Free, Vegan Sex in India

A vegan lifestyle comes with its own set of challenges. From finding plant-derived alternatives to everyday food items, to reading labels before buying anything from the supermarket to ensure its crueltyfree – vegans do it all!

However, even the most dedicated vegans tend to commit a folly when it comes to contraceptives. Who would have thought that most of the commonly used birth control methods either contain animal products or are tested on animals at some point during their production? With a lack of awareness on animal-free contraception, vegans continue to use the available methods.

To provide some clarity on this issue, we have explored some vegan contraception options available in India. Read on!

Condoms are one of the most common methods of contraception owing to their ease of use and ready availability. A condom is not just an effective birth control method but also prevents sexually transmitted diseases.

Expectation: Since most condoms are made of latex harvested from rubber trees, it is assumed that they are vegan-friendly. 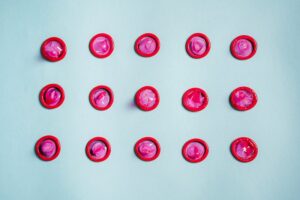 Reality: The production of regular condoms involves an animal protein known as casein, which is extracted from either cow’s milk or goat’s milk. Casein is used to soften the latex in order to make condoms more comfortable to use. Additionally, some condoms known as natural condoms are made of lambskin (which is actually sheep intestines!) that offer a natural feel without any allergens that latex condoms contain.

Most condoms available in the market are normally coated with lubricants to prevent dryness while having sex. These lubricants are often made of beeswax or an enzyme called lactoperoxidase, which is extracted from animal milk, thereby making them non-vegan.

As they come into the category of medical devices, condoms are tested on animals in most countries to attain the certification of safety.

Is there an alternative?

Yes, several companies have started selling vegan condoms that are made from biodegradable latex, which is naturally derived from rubber trees. With no traces of any animal by-products, they are also cruelty-free and free from any harmful chemicals. The lubricants used in vegan condoms are water-based and paraben-free, making them even safer to use.

In India, a Hyderabad-based company ‘Bleu’ claims to be the country’s first non-toxic and vegan condom brand. It advertises healthy pleasure while being fully transparent about its ingredients. These vegan male condoms claim to be hypoallergenic with the absence of any harsh chemicals.

A diaphragm is a shallow dome-like structure with a bendable cup that is placed inside the vagina before sex and is left there for at least six hours afterwards to prevent pregnancy.

Expectation: The majority of diaphragms are made with latex, which is natural rubber.

Reality: Diaphragms too contain ingredients such as casein or enzymes made from beeswax, making them non-vegan.

However, some diaphragms are made with silicon and do not contain any animal-derived products, making them 100% vegan. If paired with a vegan spermicide, they make a great vegan contraceptive option.

A spermicide is yet another form of birth control that prevents pregnancy by blocking the entrance of sperms to the cervix so that they don’t get to an egg. It is placed deep inside the vagina shortly before sex.

Expectation: These are made of chemicals and are therefore vegan.

Reality: The active ingredient in most spermicides is Nonoxynol-9 and many spermicides also contain animal hormones. Nonoxynol-9 is considered a harmful ingredient that may cause irritation to sensitive genital tissues. The irritation can further increase the risk of HIV and other STDs as it gives infections an easy pathway into the body. It has also been observed that the majority of people are allergic to spermicide. 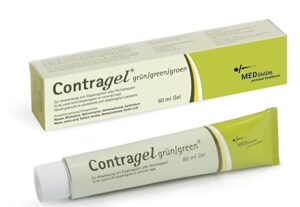 An alternative to these chemically-laden spermicides is ContraGel, which is not only vegan but also much safer. Without the presence of Nonoxynol-9, it is a vegan and totally non-toxic alternative to spermicide. ContraGel is formulated in such a way that it does not disrupt the vaginal pH level. When paired with diaphragms, ContraGel is as effective as other harsh spermicides and is considered one of the safest contraceptive gels easily available online.

Hormonal birth control options come in various forms such as birth control injections, vaginal rings and oral contraceptives. They have synthetic form of the hormones progesterone and estrogen, which prevent ovulation by keeping hormone levels consistent. Without a peak in hormones, the egg is not released and pregnancy is therefore prevented.

Expectation: The hormonal birth control pills are yet another oral form of contraceptives. Since they contain human artificially-derived hormones, they are vegan.

Reality: These popular contraceptive options either contain an animal product known as lactose, which is derived from animal milk, or are tested on animals at some point in the production process. Some pills incorporate magnesium stearate which is extracted from chicken, beef, pork, fish, and milk.

Even if a plant-based synthetic alternative hormone known as Cenestin is used, it is still tested on animals. Hormonal birth control methods are therefore not suited for vegans.

Natural contraceptive methods are also known as fertility awareness methods. These methods are not just completely vegan but also cost-efficient. By regularly tracking menstrual cycle and avoiding sex during the ovulation period, one may help prevent pregnancy. 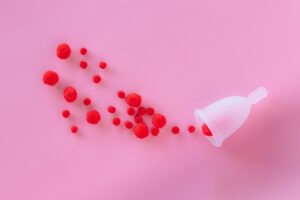 Monitoring cervical mucus on the basis of its colour, thickness and heat, is yet another natural way to keep track of ovulation cycle.

These natural birth control methods are not just good for the environment but also help women to understand their body in a better way.

Please note: Natural contraception is not a fool-proof method for birth control. If a woman has irregular cycles, then precisely estimating her ovulation days can be tricky and therefore, it is considered only around 80% effective. Furthermore, these natural methods only prevent pregnancy, not sexually transmitted diseases.

Intra-Uterine Device or IUD is a small T shaped plastic device with a copper coil that is inserted into the womb for up to 10 years. This device releases copper into the system making it hard for the sperm to reach the egg and survive. It can also prevent a fertilised egg from implanting itself. If correctly inserted, they can prove to be 99% effective and are also considered a vegan-friendly option without any animal cruelty involved.

So, the next time you feel like getting between the sheets, don’t forget to do it cruelty-free!

What a Dairy Free Diet Can Do for Your Sex Life