Are Electric Cars As Good As We Thought? 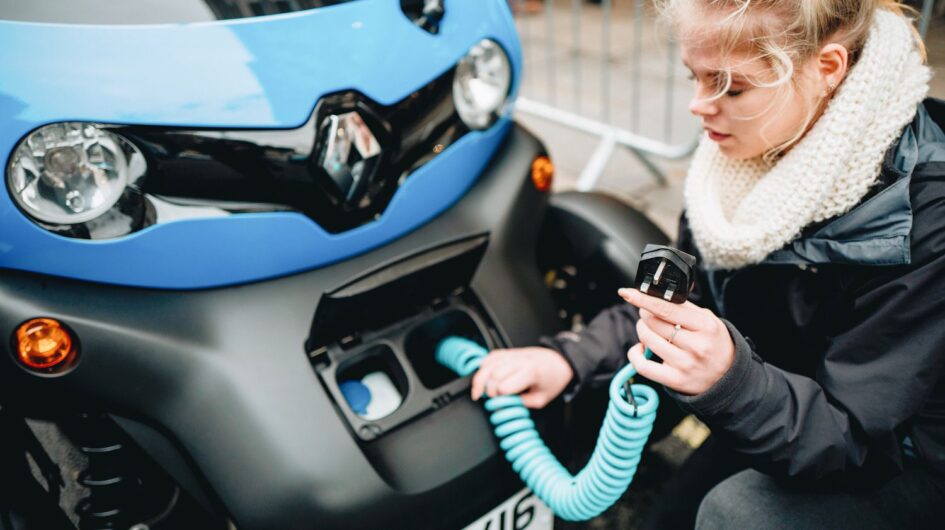 Electric cars are undoubtedly the vehicles of the future, but they’re not the capitalist cure-all that some (read: manufacturers) are making them out to be. But are electric cars still sustainable?

As countless manufacturers embrace electrification (some more impressively than others), we must examine the factors that are still major contributors to carbon emissions. Namely manufacturing, disposal, and the way wealthy nations consume overall.

One recent study showed that the vast majority of people are unwilling to make significant lifestyle changes for the climate. While the wealthiest 10 percent of humanity—a demographic that typically travels more than any other—is responsible for 52 percent of global carbon emissions. (The richest one percent is responsible for a whopping 15 percent.)

Then there’s car culture itself. Ditching gas won’t eliminate the issues of overproduction, overconsumption, and the all-pervasive throwaway values of a global economy built on fast, bountiful production and the capitalist myth of consequence-free waste.

So, with that in mind, should we still go electric? We spoke with a clean transportation expert to unpack the nuances of an all-electric vehicle network and to find out if electrification really is the best, most sustainable solution to transportation emissions.

What’s the problem with electric vehicles?

Electric vehicle (EV) batteries are powered-up via charging points, which get their electricity from the grid. This means that an electric car can be more or less sustainable depending on the way this source energy is produced—for example, coal vs. wind.

How “green” your supplier is directly translates into the overall impact of your vehicle. This makes EVs driven in countries with majority renewable energy (such as Iceland) far more sustainable than those driven in India (where fossil fuels provide 80 percent of power).

“As we shift to renewable energy, the difference between electric vehicles and combustion vehicles will grow,” says Hall. “It is incontrovertible that electric vehicles emit less than gasoline or diesel vehicles over their lifetime.”

The mining of rare earth elements

Batteries are at the heart of effective electrification. They get better every year, and enable everything from flights to long-range cars. But it is also specifically this technology that makes the manufacturing process for EVs more resource-intensive than for traditional cars.

The farther the vehicle’s range, the larger the battery, and the larger the battery the more rare earth elements (REE)—such as lithium, cobalt, nickel, and graphite—required. These materials only exist within the earth itself and are used in everything from smartphones to televisions, as well as EVs. REEs are a finite resource, and their recovery depends on high-polluting mining.

However, this still pales in comparison to the emissions caused by traditional combustion engines. Hall explains: “It is true that electric vehicles take more emissions to produce because the batteries are energy-intensive. However, these extra upfront emissions are quickly recovered within a year or two of not burning fossil fuels.”

According to a survey by AA Cars, reported by Motor Trader, the vast majority of people purchase used vehicles (nearly 75 percent). Some of the most often cited reasons are prohibitive costs and fast depreciation in value.

Meanwhile, new electric cars are typically even higher in price to reflect the (currently) smaller numbers and higher cost of production. Governments and the private sector must improve accessibility, availability, and convenience in order to increase public uptake over the next decade.

“This problem is lessening every year,” says Hall. “However, until then, financial incentives and/or tax discounts are important to continue to drive EV uptake in the near-term so that industry can continue to scale up production. These incentives can be funded through heavier taxes on the most polluting vehicles.”

In addition to their increased cost and rapid depreciation, modern (and particularly high-tech) cars tend to break down faster than old-fashioned models. They are also harder to fix without specialization, including for professional mechanics. Then, when they do finally break down for good, they require disposal like any other vehicle—including their batteries.

Modern EV batteries are large, heavy, and made up of hundreds of individual lithium-ion cells. At their end of life, these require disassembly, a dangerous task due to the hazardous materials batteries contain. While the component parts can be recycled, the sheer scale of this potential difficulty—caused by the enormity of the industry itself—is staggering.

Despite a mid-pandemic slump, 2020 saw a total of 78 million new motor vehicles (including 55.8 million passenger cars) produced worldwide. Meanwhile, the EU aims to have 30 million electric cars on the road by 2030. EV batteries typically last between 10 and 20 years, meaning that the decade leading up to 2050 will see at least 30 million batteries recycled. Ultimately, the “sustainable” consumption of resources at this level is impossible, even with EV technology.

“Fundamentally, the problem is that using a 3,000-plus pound vehicle to move people around is inefficient and will cause negative impacts,” says Hall. “This is why having fewer vehicles and shifting to walking, cycling, and public transport must also be a critical part of transport decarbonization. Governments should make this a priority wherever possible.”

Electric vehicles are still the future

Transportation, overall, currently generates approximately 30 percent of all greenhouse gas (GHG) emissions worldwide, and reducing road transport emissions represents a huge challenge for the vast majority of countries with set climate targets. And while buying a new car is impossible for much of the global population, a shift away from fossil fuels is still necessary.

About 10 percent of a conventional car’s CO2 comes from its manufacture, just five percent from its disposal, and 85 percent—the overwhelming majority—from fuel use itself throughout the lifespan of the vehicle. So while production and disposal remain factors, it is ultimately combustion engine technology that is the main driver of transportation’s emissions.

A recent study by Jean-Francois Mercure (senior lecturer at the University of Exeter) and Florian Knobloch (policy advisor at the German Federal Ministry for Economic Affairs and Energy), published in Nature Sustainability, revealed that electric vehicles are already currently less carbon-intensive overall than those with combustion engines.

Even if future end-use electrification is not matched by rapid power-sector decarbonization, the study indicates that a global switch to EVs will most likely reduce emissions across almost all regions. That means that even though electric vehicles aren’t perfect (and even though much of our energy still comes from fossil fuels) they’re certainly better than the alternative.

“Not facing a lifetime use of petrol/diesel is a huge saving that is hard to beat,” explains Mercure. “In about 95% of cases, EVs are better or much better than combustion vehicles taking into account all of the emission sources (direct and indirect).”

‘Electric vehicles are the only credible way to transition’

Another study, published earlier this year by the ICCT, confirms this, concluding that even EVs registered today have “by far the lowest life-cycle GHG emissions” despite the environmental cost incurred during manufacture and disposal.

“The environmental and human rights abuses associated with oil production cannot be understated, including the destruction of indigenous lands and waters from Canada to the Amazon to Siberia,” says Hall. “Electric vehicles are the only credible way to transition away from fossil fuels for road transport and end the damage associated with fossil fuel extraction.”

So while car manufacturers directly replacing every single fossil fuel emitting vehicle (that they themselves already built, sold, and profited from) with an electric car won’t make excessive production and consumption any more practical, eliminating our global dependency on gas-power through electrification is certainly a step in the right direction.

We Went To Norwich’s First Vegan Döner Kebab Shop, And This Is What We Thought…