Are Figs Vegan? Are They Even a Fruit? We’re Answering Your Big Fig Questions 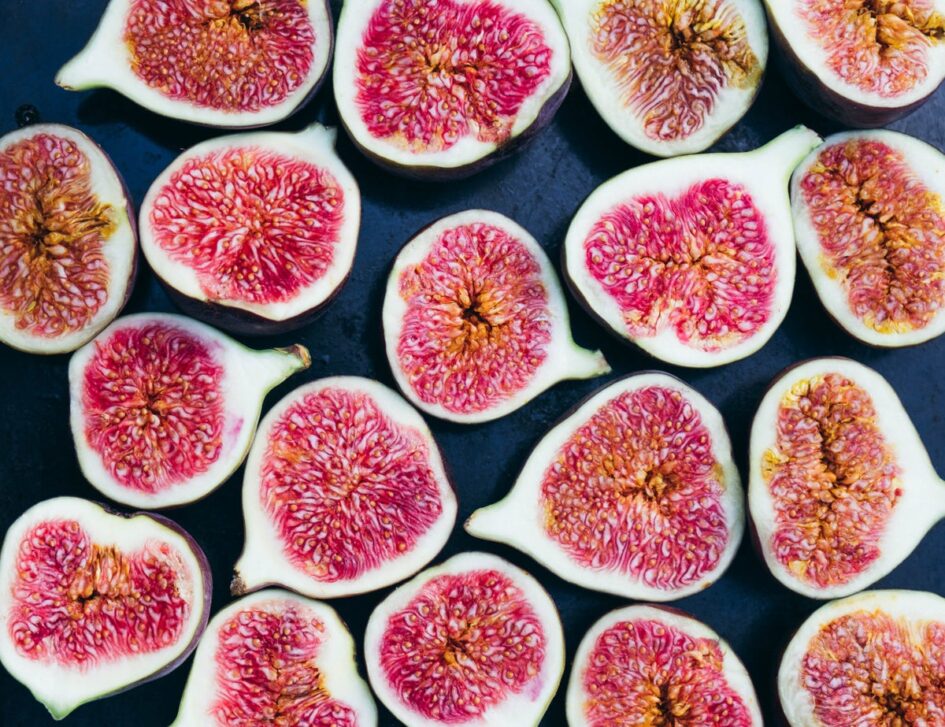 Before tomato season even wraps up, fruit and veggie obsessives often find themselves moving on to another late-summer crop, figs. Your Instagram, filled with beautiful bowls of tastefully arrayed bulbs is likely evidence of that. But here’s the thing: Not everyone things figs are something vegans and vegetarians should be eating – and there’s some confusion about what figs technically even are in the first place (hint: not a fruit). So we’re getting figgy with it and answering some of your big fig questions.

Much like a tomato is technically not a vegetable, figs are technically not a fruit. Instead, they’re what’s known as an inflorescence. The Ecological Society of America describes it as “a cluster of many flowers and seeds contained inside a bulbous stem.” That unusual structure – sometimes described as an inverted flower – is what necessitates an unusual process of pollination. We’ll get to that next.

Some (though not all) varieties of commercially grown figs are pollinated by wasps. And if you’re uncomfortable with thinking too much about wasps, you might want to stop there and probably skip the figs.

For those willing to go on, this pollination process is central to the question of are figs vegan or not. When you think of pollination, you might imagine a bumble bee scooting around in between various different flowers, sprinkling yellow pollen as it goes along. But with figs, it doesn’t quite work like that.

A queen wasp will enter a narrow opening in the fig plant, the ostiole, when she’s ready to lay eggs. If she’s landed in a female flower (remember, flowers have biological sexes) she will be unable to lay the eggs and will die stuck inside the flower. If it’s a male flower, she can lay the eggs; she’ll still die inside the flower, but the larvae will be able to exit and go on to live productive wasp lives.

This reproductive relationship between figs and wasps is naturally occurring and happens in the wild as well as in commercial cultivation. But it does mean a wasp dies so that a fig can grow. Though it’s worth noting that the claim that any crunchy bits you feel when biting into a fig are wasp body parts is generally false. Those are seeds you’re eating. By the time the fig develops, everything wasp-related has been broken down by an enzyme in the plant.

“Whilst it is true that the majority of figs have had a wasp die inside them, it is in no meaningful way true to say that a vegan eating such a fig is really eating the wasp,” writes Vegan Friendly. “This whole process occurs naturally with no human involvement or cruelty to animals. The survival of both sets of species, of fig wasps and fig trees, is dependent on this astonishing feat of nature. Therefore, in our opinion, and that of just about every vegan you might ask, figs are indeed vegan friendly.”

Ultimately, what any given individual feels is appropriate or not in their diet is up to them, but by most standards figs are as appropriate for a vegan to eat as a fruit would be.

RELATED: Is Honey Vegan or Not? For Some, It’s a Sticky Question

This Vegan Strawberry Galette Is Our New Fruit Fetish

Are Contraceptives Vegan? A Guide to Cruelty-Free, Vegan Sex in India