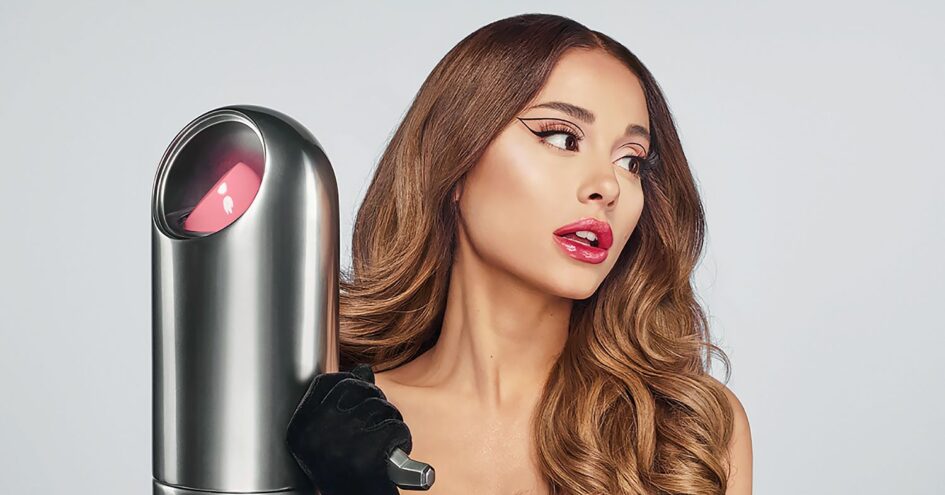 Grande has been working on her debut beauty brand for two years, and now its first drop, called “chapter one,” is happening on Friday, November 12. The product lineup features lipstick in six shades, two kinds of plumping lip gloss (one of which channels the squeeze-tube packaging of the ‘90s), a shadow palette, liquid shadow, highlighters, eyeliner pencils and markers, and faux-mink lashes.

It’s a big deal for the Grammy award-winning singer, who could barely contain her excitement in a Zoom interview with Elle that she showed up early to: “I was way too excited. “Like obviously way too excited. I was the first person here that was talking to the wall. I am smiling so hard. My teeth hurt. I’m so proud and grateful, and this is such a special moment for team r.e.m and me.”

The “Thank U, Next” singer has personally tested the products to ensure that the formulas were up to her standards. She wore the highlighter during a recent world tour and has been “secretly test[ing]” the other products while on The Voice.

The details for what will be in “chapter two” are under wraps, but Grande hinted that foundation and concealer may be in her brand’s very near future.

The stars tap into cruelty-free beauty

Speaking of her brand, Grande—who has previously launched several perfumes, including “God Is a Woman” this summer—seemed to acknowledge how crowded the celebrity beauty space seems to be these days.

“I was nervous about [starting r.e.m.] because I don’t ever want to just jump into something that is popular,” she said. “It has to feel super intentional and super fueled by passion. It has to feel super authentic to me. So let’s experiment, let’s dig in, and let’s play with some products. There are so many different versions to tell this makeup story and these formulas are so inspiring. We can bring our own version of this into the beauty space and I’m so excited.”

Selena Gomez, Halsey, Doja Cat, and Rihanna are among the many stars who have launched their own cosmetics lines. And being cruelty-free, and vegan-friendly, if not completely vegan, appears to be the standard these days. Kylie Jenner even recently reintroduced her makeup brand with a completely vegan and “clean” formula.