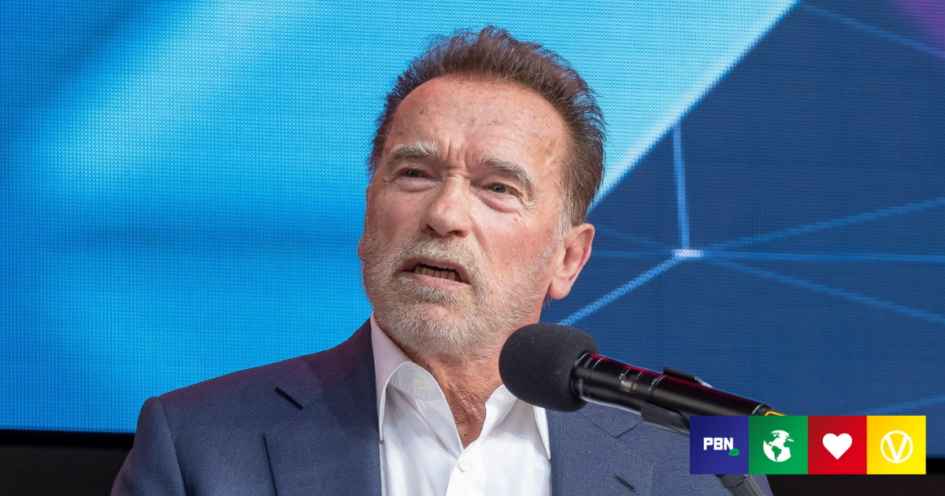 Arnie’s been loving his mostly plant-based diet for the past five years and has recently spoken about how this lifestyle has significantly lowered his cholesterol levels.

In a recent edition of his email newsletter, Schwarzenegger praised his “80 percent vegan diet” and explained that it helped him feel “healthier and younger overall.”

He also believes that eating mostly plant-based has helped reduce his LDL cholesterol levels, also known as the “bad” kind of cholesterol, as it’s directly linked to high-risk heart disease.

It’s well known that regular consumption of certain animal-based foods, such as processed meats and dairy products, is linked to higher serum cholesterol levels, as they contain high amounts of saturated fat and cholesterol.

In contrast, adopting a plant-based diet rich in fresh fruit, vegetables, whole grains, lentils, and nuts is considered to be a key part of managing raised cholesterol levels.

In fact, a recent meta-analysis of 49 studies found that vegan and vegetarian diets were linked with lower levels of total and LDL cholesterol levels when compared to omnivorous diets.

“My bad cholesterol number is so low that my doctor thought I might be a different person,” Schwarzenegger revealed.

The avid gym-goer regularly encourages plant-based diets and has spoken about both the health and environmental benefits that come with eating more plants.

The power of celebrity influence

When it comes to spreading a message, the power of celebrity influence cannot be denied – and that also includes spreading vegan or plant-based wisdom.

Schwarzenegger, widely considered the greatest and most iconic bodybuilder of all time, has been sharing the benefits of plant-based eating and terminating myths about protein consumption for many years now.

Along the way, he has inspired a whole new generation of vegan bodybuilders to build muscle mass on a plant-based diet.

Schwarzenegger is also featured in The Game Changers, a documentary executive-produced by James Cameron, showcasing how a plant-based lifestyle is related to overall fitness.

Keto Named the Least-Healthy Diet of the Year. How Did the Vegan Diet Rank?

Your Guide to Vitamin B12: Do You Need to Take It On a Plant-Based Diet?

How Switching to a Plant-Based Diet Can Prevent Heart Disease