Around 85,000 Healthy Farm Animals Killed And Discarded Due To Slaughterhouse Staff Shortages 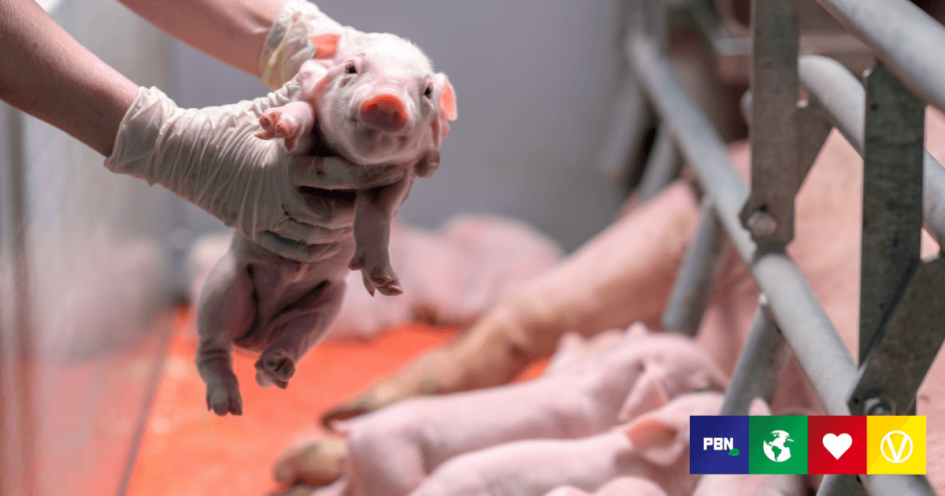 A video uploaded to TikTok has gone viral over concerns about “mass killings” at slaughterhouses. In the clip, workers are shown throwing out dead chickens – reportedly, 52,000 of them.

It follows similar reports that made headlines just today, regarding the at least 35,000 healthy pigs that have been slaughtered due to capacity issues. The ongoing pandemic has been named as the root of the problem.

Animal Justice, a Canadian non-profit, brought attention to the TikTok depicting hen culling on its website.

The video features a battery cage egg farm in southern Ontario. There, tens of thousands of birds were “discarded like trash” in secret, Animal Justice said.

Workers in the clip can be seen tossing dead chickens from wheelbarrows onto a conveyor belt, leading to the back of a truck. One employee was filmed kicking a dead animal that he had dropped on the ground.

The user who uploaded the video, who said he was a truck driver, claims the animals were killed due to staff shortages relating to COVID-19. This is because for many companies, premature slaughter of their animals is considered more cost-effective than waiting for slaughterhouses to have availability.

“Canadian farmers have repeatedly killed animals on farms during the pandemic when they couldn’t send animals to slaughter in their usual precisely timed manner,” Animal Justice wrote online.

The non-profit added that the meat industry lacks resilience during crises. “When there are delays, the system completely falls apart,” the charity said.

“Unlike at slaughterhouses, federal humane slaughter standards do not apply to on-farm ‘depopulation’, and no federal inspectors are present to oversee these mass killings and minimize animal suffering,” Animal Justice continued. “The public has no way of knowing how these animals died, and it is not clear whether workers checked each and every bird to ensure death before discarding them into the dump truck.”

The organization has urged anyone with information about the matter to come forward, offering a cash reward of up to $5,000 to those who do so.

Across the pond, in the UK, reports have emerged that at least 35,000 healthy pigs have been killed and discarded since September.

The Guardian elaborated on the matter, revealing that the UK’s national pig herd has lost one-tenth of all sows over the last six months.

It’s expected that actual figures are higher, given the likelihood of unreported cases.

Like in Canada, COVID-19 has resulted in an uptick of staff shortages at slaughterhouses. Consequently, farmers are killing animals to “make space,” The Guardian writes.

Sisters Kate Moore and Vicky Scott run a pig farm in Driffield. They told ITV that it’s the farmers who are suffering from the mass animal killings.

“We’re the ones suffering financially and emotionally. The farmers are taking the hit in every way,” Scott said.

“We are suffering massively through no fault of our own and the government has to be held responsible for that,” she added, naming the circumstance “criminal.”