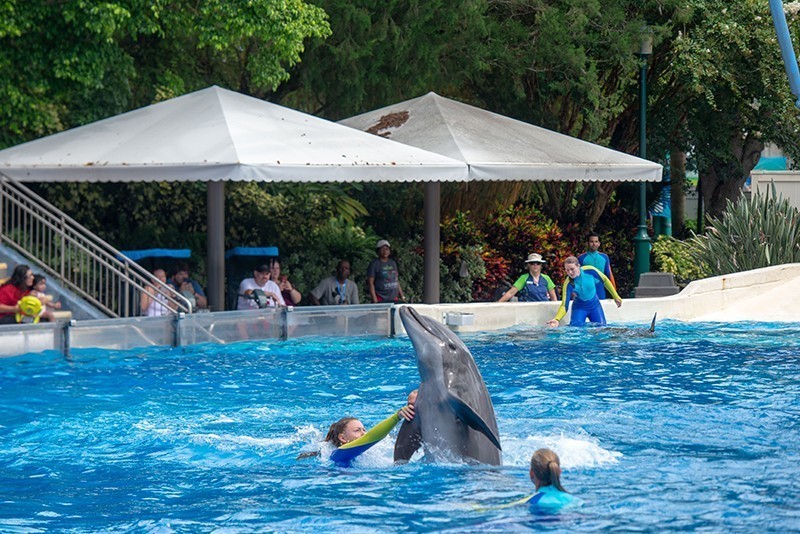 While many companies have cut ties with SeaWorld after learning about the exploitation taking place at its abusement parks, Travelzoo and grocery chain H-E-B continue to sell tickets to these animal prisons. Immense public backlash prompted SeaWorld to end its sordid orca-breeding program, but the corporation continues to breed other dolphins and whales.

SeaWorld’s documented acts of abuse are as egregious as they are wide-ranging. Dolphins are forcibly impregnated after being removed from the water, restrained, and sometimes even drugged so that they can’t fight back. More than 40 orcas and over 300 other dolphins and whales have died at the parks, many prematurely. In nature, dolphins swim up to 60 miles a day, but at SeaWorld, they spend their days floating listlessly inside cramped tanks before their next performance, when they’ll be thrust out in front of a screaming audience.

Dozens of major companies, including Tripadvisor, Airbnb, and Snickers, have cut ties with SeaWorld. Let’s get Travelzoo and H-E-B to follow suit!

Please take a moment to send a polite message letting these companies know that until they stop supporting SeaWorld, you won’t support them.