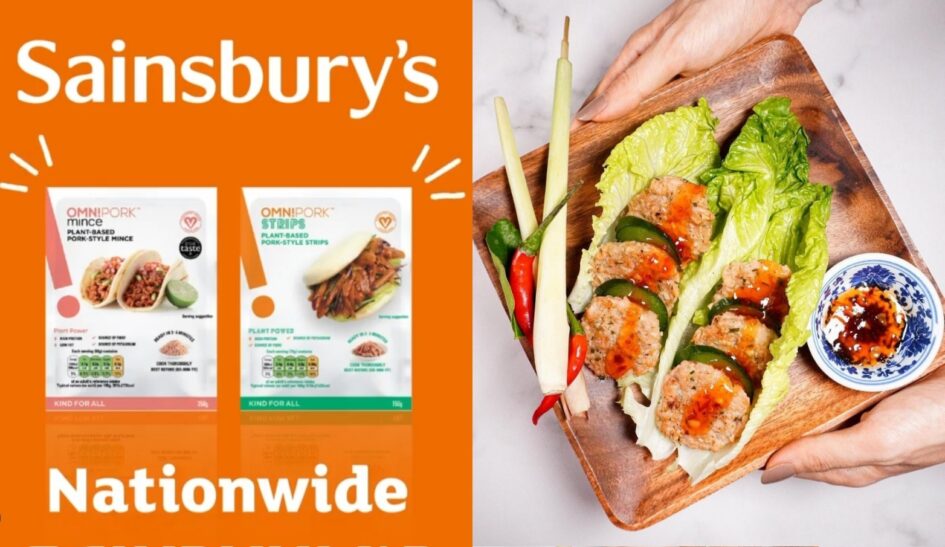 “After the successful launch in the U.S. and Australia, we are thrilled to announce that OmniFoods is officially arriving in Sainsbury’s in the UK. Together with our many restaurant partners, we believe we are bringing a whole new dimension of plant-based offerings that will accelerate the movement.” said David Yeung, founder and CEO of Green Monday Holdings and OmniFoods.

After a recent launch with a series of popular restaurant partnerships across the UK, as well as available through Ocado and selected supermarkets, OmniFoods has attracted wide attention on social media @omnifoods.uk from people who appreciate the impact that food has on health, animals and the world.

Which product are you most looking forward to trying? And what dishes will you be making with them?