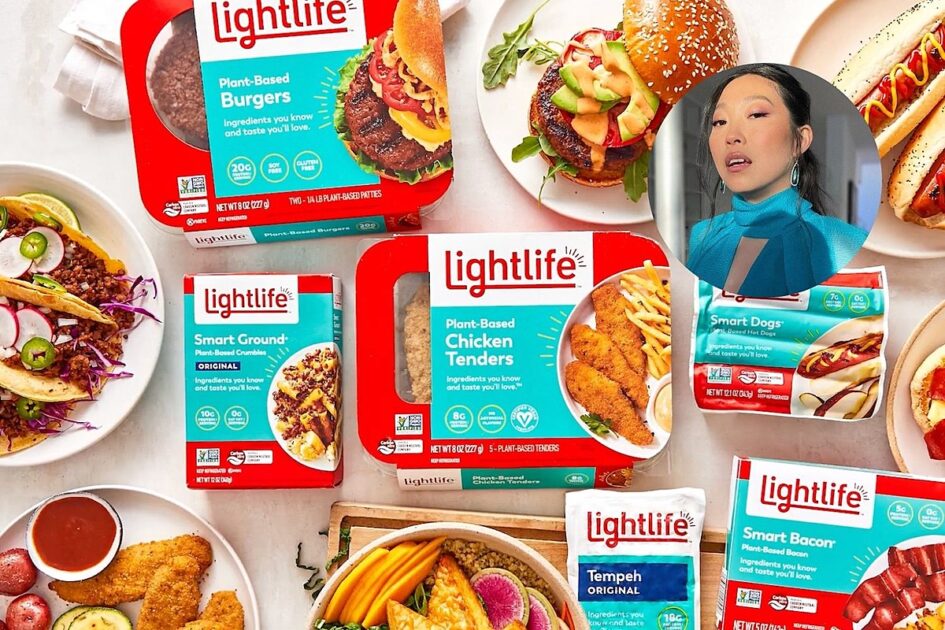 Actress and rapper Awkwafina has joined the plant-based giant Lightlife as the face of the company’s most recent campaign promoting a simple, delicious, plant-based diet. The new advertisement campaign will feature 30-second clips entitled “Thrive” and “Inside” across multiple media channels including television, streaming services, and social channels. The 30-second advertisement spots will boast Lightlife’s clean and organic product portfolio, featuring Awkwafina’s voice over a variety of natural scenes. Lightlife aims to emphasize its natural and nutritious vegan product selection and appeal to consumers looking for a healthy and sustainable food brand.

The plant-based company – founded in 1979 – remains one of the leading vegan companies on the market. Lightlife consistently aims to present a simple recipe for all of its plant-based products, ranging across multiple food categories including vegan protein to plant-based snacks. The new ad campaign highlights both the sustainability efforts and the full vegan redesign that the company enacted over recent years.

Lightlife’s advertisement campaign serves to broadcast the company’s central mission of creating a line of products for anyone to enjoy. Alongside nutrition, Lightlife dedicated itself to a sustainability campaign, becoming one of the first completely carbon neutral plant-based giants on the market. In recent years, the company has also shifted some of its ingredients to ensure that customers can recognize every single ingredient on the nutritional labels.

“We want to empower people to focus their energy on the joys of eating by offering balance and choice through naturally delicious ingredients, served with transparency,” President of Greenleaf Foods Dan Curtin said.

Earlier this year, the company launched a complete redesign of its plant-based portfolio. Lightlife announced that it would be removing unnecessary ingredients including maltodextrin, eggs, and carrageenan from 19 of its products. The company decided to rework its recipes to offer an improved taste while also making its product feel more accessible to a wider range of consumers. Often criticized for its egg and egg white use, Lightlife decided to prove its dedication to fully plant-based recipes.

“Lightlife sells a whopping 21 million products each year, so we’re excited to offer people improved items that taste great and that they can feel good about eating,” Curtin said. “We understand that what people really want is balance and choice, and I’m proud to say that through this investment, we are the only plant-based food company to provide people with so many plant-based options.

Currently, Lightlife offers one of the most extensive plant-based food offerings on the market. The company’s wide selection ranges across almost every food category, providing consumers with plant-based alternatives for hot dogs, grounds, sausages, deli meats, burgers, and bacon. The company also introduced two completely new meat alternatives with the Plant-Based Chicken Tenders and Plant-Based Chicken Fillets. The new vegan chicken fillets will be the first fresh, breaded plant-based chicken fillets designed to be sold alongside the conventional animal-based chicken.