‘Banana Derby’: Stop Strapping Monkeys to Dogs and Forcing Them to Race 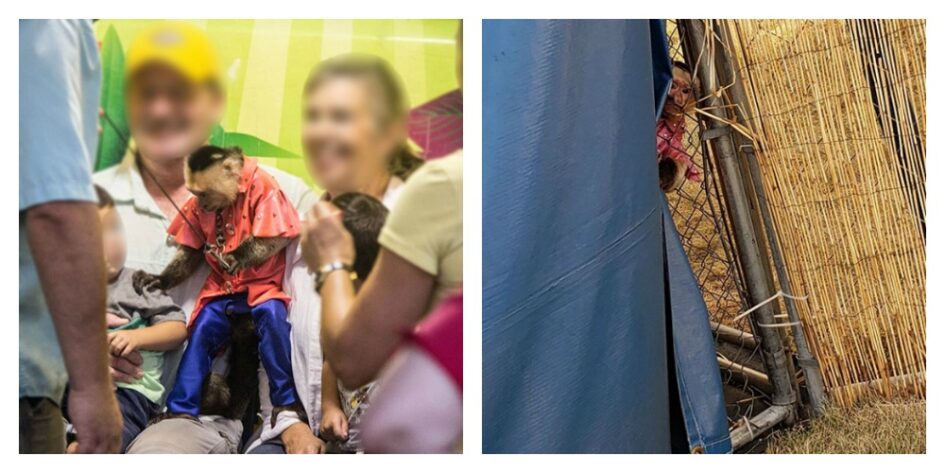 In the Banana Derby, an absurd event that travels to fairs across the country, capuchin monkey “jockeys” are strapped to dogs forced to run around a racetrack at high speed. While the controversial event is quickly waning in popularity, we need your help to urge the owner, Philip Hendricks, to end the races and retire the monkeys to reputable sanctuaries.

Hendricks has been cited by the U.S. Department of Agriculture for failing to provide animals with adequate space, environmental enrichment, and clean, wholesome food. The capuchins are forced to pose for photos with tourists, which is dangerous to both the monkeys and humans.

Monkeys are highly intelligent, curious, social animals. According to primatologists and veterinarians, those used in these cruel stunts exhibit signs of fear and anxiety and show a blank facial expression of resignation, indicating a condition referred to as “learned helplessness.”

Displaying monkeys and other wild animals at public venues, which is extremely stressful to them, is a form of speciesism—a human-supremacist worldview. Please urge Hendricks to end the cruel Banana Derby and send the monkeys to reputable sanctuaries.

PETA to Fauci: Killing Monkeys in HIV/AIDS Experiments Must Stop

Climate Lawsuits Are Forcing Countries and Corporations to Take Action