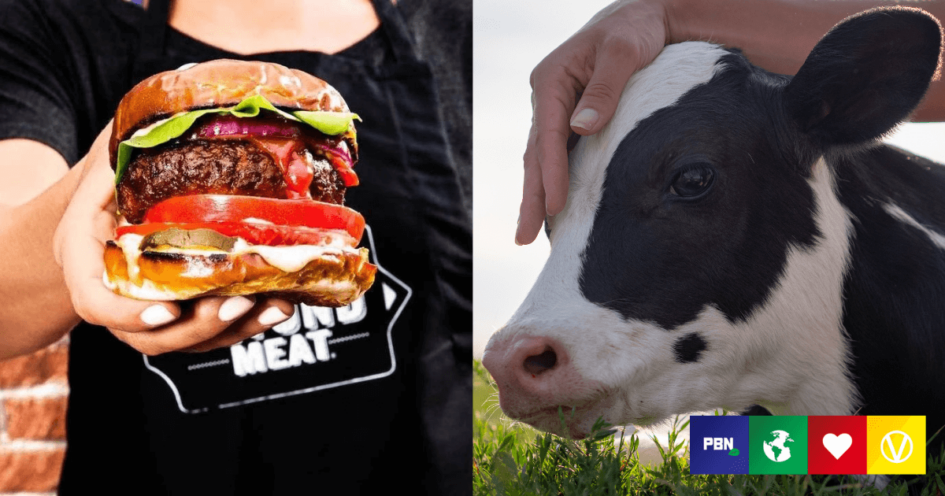 Just two plant-based food companies have helped spare at least 630,000 animals’ lives in 2021, and that’s just in the US. Non-profit World Animal Protection (WAP) collated the data, and stresses that the actual figure is likely significantly higher – nearing to one million.

The international charity looked at some of the US restaurant chains offering Beyond Meat or Impossible Foods’ products, such as Burger King and Panda Express.

WAP looked at each chain’s portion sizes, how many days a year they are typically open, and how much plant-based food they are likely selling.

Given that the calculations only scratch the surface of the plant-based movement, WAP believes the figure is closer to one million animals in the US alone.

“Our assessment does not account for the full plant-based product market, such as those sold in grocery stores, menu items that feature other plant-based brands or those made in-house, or Beyond and Impossible products offered at other types of restaurants,” the charity clarifies.

For instance, last year Impossible Foods rolled out its products to 20,000 grocery stores – up from just 150 locations.

Further, WAP’s analysis does not include egg or dairy products. But data provided by plant-based food brand Zero Egg indicates these figures are similarly impactful.

Looking purely at its own restaurant sales, Zero Egg revealed that more than a million conventional eggs were left out of US diets in 2021.

WAP acknowledges that there is still progress to be made. Roughly 120 million pigs, nine billion chickens, 30 million cows, and 320 million laying hens are raised or killed for food every year in the US.

But the tide appears to be turning, as more people (in the US and beyond) ditch animal-based foods. Research from late last year found that just under half (49 percent) of Americans are interested in swapping out meat and dairy in favor of plant-based alternatives.

And in Veganuary 2021, it’s predicted that more than two million animals’ lives were spared in just a month thanks to those who took the 31-day vegan pledge. This year’s Veganuary campaign is expected to be its biggest yet.

To read more about how World Animal Protection calculated the above figures, see here.