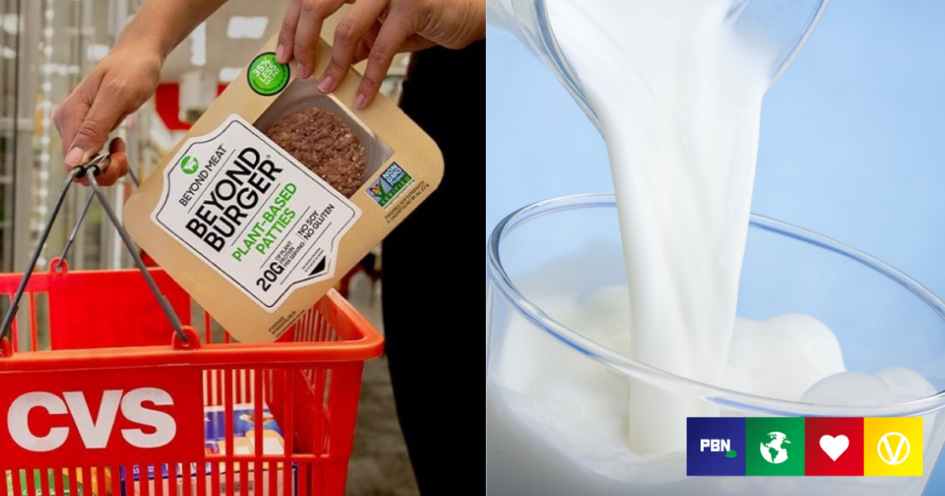 Global vegan meat giant Beyond Meat’s more than 100 trademark applications made to the United States Patent and Trademark Office (USPTO) – indicate a host of new products in the pipeline.

Public records from USPTO show requests submitted since 2021. They include Beyond Fish, Beyond Ham, Beyond Shrimp, Beyond Lamb, and Beyond Egg.

Moreover, the most recent application indicates the brand is moving into the plant-based dairy sector.

Submitted on August 12 this year is the trademark for Beyond Milk – one of 109 total requests.

The application reads that it’s intended to cover ‘the categories of food products made of milk substitutes based on vegan substances’.

This includes plant-based milk products made out of nuts, seeds, oats, wheat, or rice.

It has been accepted by USPTO, meaning it meets minimum filing requirements. Now, an officer will be assigned as part of the acceptance process which can span between 12 and 18 months.

Another filing under the Beyond Milk name is classed under coffee, tea, and confectionery.

Securing the Beyond Milk name

But the journey to securing the Beyond Milk name hasn’t been an easy one. Last year, Beyond Meat filed an opposition when a German confectionary firm tried to register it a trademark.

However, documents reveal Beyond Meat’s disagreements due to spending a ‘considerable amount of resources’ in advertising and promotion.

Moreover, its filings pre-date Katjes’. As a result, the vegan meat giant argued the trademark application is too similar in appearance and could be confused with the Beyond Meat brand. This would confuse or ‘deceive’ consumers, Beyond Meat’s lawyers argued.

The brand has remained tight-lipped on whether we’ll be soon set to see Beyond Milk in stores. Additionally, this is the case for a lot of its other trademarks too.

Further documents reveal approved trademarks for Beyond Fried Chicken, Beyond Tuna, and Beyond Burrito. There’s also Beyond Hot Dogs, Beyond Jerky, Beyond Brunch, and Beyond Day.

You can browse Beyond Meat’s current product offerings here