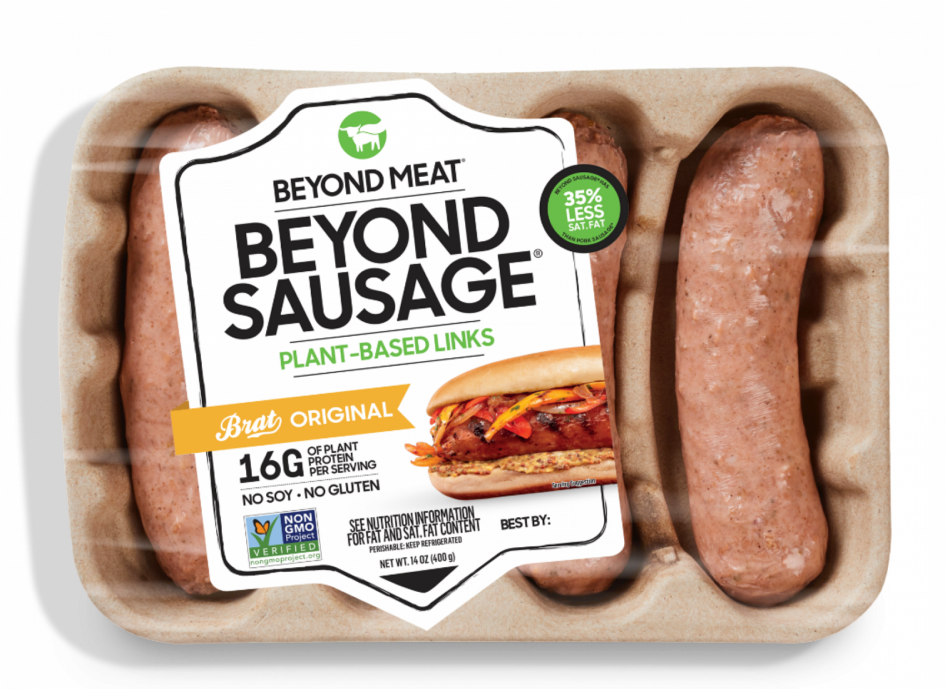 Plant-based meat maker Beyond Meat has applied for a trademark for the name “Beyond Milk,” which indicates a possible expansion into vegan dairy products.

According to the trademark application filed in August with the US Patent and Trademark Office (USPTO), the patent would cover products that are “bases for making milkshakes; coffee or tea beverages with milk or milk substitutes.”

There is no further information available from the application, so we don’t know when the company is planning to launch the dairy-free drink.

However, the public records of USPTO show that Beyond Meat has filed 109 trademark applications since 2012, which means that the company has plans to build a wide range of product portfolios. The trademark application list includes  Beyond Ham, Beyond Fish, Beyond Shrimp, Beyond Lamb and Beyond Eggs, Beyond Crab, Beyond Jerky, and Beyond Tuna, among others.

As one of the most successful alt protein companies, Beyond Meat has been known worldwide for its super realistic plant-based burgers, meatballs, vegan mince and vegan sausages. The brand launched its latest product – plant-based chicken tenders this summer.

Plant-based milk would be a logical next step for the company. The Beyond name would help give the product instant recognition among consumers and the interest of the retailers.

The dairy-free milk category has grown fast in recent years, with massive sales spikes during the pandemic. According to Nielsen, the most popular among the consumers is oat milk, with sales 212% higher from March through October compared to the same time period in 2019.

Swedish company Oatly which completed its IPO earlier this year, reported revenue during its second quarter up 53% from the same time a year ago.

Beyond Meat’s biggest competitor has already presented a prototype of its dairy alternative drink, Impossible Milk. Impossible’s CEO Pat Brown said at the time that the product would be identical to dairy milk and would help the company achieve the goal of reducing the environmental footprint of agriculture.