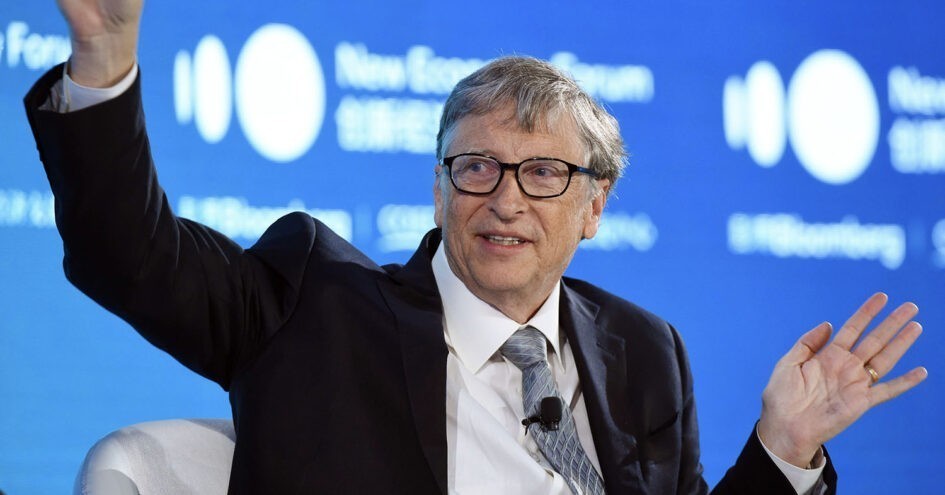 While Breakthrough Energy did not disclose the exact size of investments, Bloomberg reported that the total surpassed the $1 billion mark.

According to Gates, successfully avoiding climate disaster requires a “new industrial revolution,” and Breakthrough Energy will use the new funding for its cutting edge ‘Catalyst’ project.

This project, which launched in early 2021, aims to finance, produce, and purchase new energy solutions that can support a zero-carbon economy by 2050, the same year the EU must become climate neutral to avoid the worst effects of climate change.

Currently, the world is not on track to achieve the Paris Agreement’s goals, and a combination of inadequate technology, a lack of existing infrastructure, and high costs are some of the main obstacles to widespread renewable energy, one of the most important facets of climate mitigation.

In a statement released earlier this week, Gates explained that much of the essential technology needed to reach zero emissions is either prohibitively expensive or yet to be invented.

The Breakthrough Energy Catalyst project will initially work on direct air carbon capture and long-duration energy storage, along with sustainable aviation and green hydrogen. The collective’s partners include the European Commission, the European Investment Bank, and the U.S. Department of Energy.

“My basic optimism about climate change comes from my belief in innovation,” says Gates. “The conditions have never been more clear for backing energy breakthroughs. It’s our power to invent that makes me hopeful.”

“More than anything, we will succeed because of the network of partners we bring to this effort,” he adds. “It will take all of us to compel the major market changes we need to create the future we want for the world.”

Gates’ fellow billionaires Jeff Bezos (the richest person in the world) and Elon Musk (the second richest) have also taken action on climate change in one way or another, primarily within the realm of science and technology. But critics are quick to point out that the majority of such entrepreneurial efforts fail to offset the businessmen’s own negative environmental impact.

In 2018 alone, Amazon emitted 44.4 million metric tons of GHGs, approximately the same annual emissions as Norway. Tesla doesn’t reveal its exact emissions at all, but a single rocket launch from Musk’s SpaceX (or Bezos’ Blue Origin, or Richard Branson’s Virgin Galactic) releases up to 300 tons of CO2 into the earth’s upper atmosphere.

Just 100 companies have caused 70 percent of global greenhouse gas emissions (GHGs) since 1988, while billionaires possess more wealth than 60 percent of the world’s population.

According to UN statistics, Bezos alone could end world hunger twice a year. He could also clear all $81 billion of past-due medical debt in the U.S. two times over, with several billion remaining. Even huge donations represent just a drop in the ocean of each billionaire’s overall wealth.

Meanwhile, many environmental groups have suggested that the money tech-focused billionaires spend on climate change efforts could be put to better use on natural solutions such as conservation, reforestation, and rewilding.

Others argue that propping up existing harmful industries using techniques such as artificial carbon capture will actively protract the long-needed shift away from high-pollution production and consumption, and from the monopolistic role of billionaires and corporations in general.