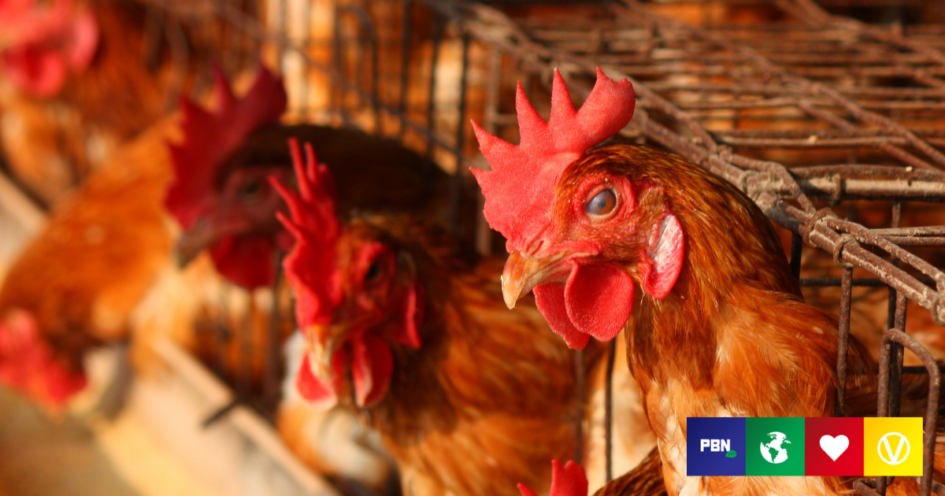 New legislation is being introduced by the UK government to ban cages for laying hens. Moreover, it is named the Beatrice Bill after a rescued chicken who was raised in a cage.

It’s come in the form of a Ten Minute Rule Bill, which will allow MPs to introduce a bill to the House of Commons by giving a ten-minute speech. Then, MPs will vote on it.

If it gets passed, the bills will ensure higher welfare standards to ensure laying hens have more space. This means they will have room to perform natural behaviors such as dust bathing.

MP Henry Smith, who is a vegetarian and patron of the Conservative Animal Welfare Foundation, introduced the bill.

In a statement sent to Plant Based News, Smith said: “I am proud to be bringing this important Bill before Parliament later in September. It was the Conservatives who rightly banned conventional battery cages in 2012. And I hope it will be the Conservatives again who transition the UK to a cage-free future.

“…As a nation of animal lovers, it is simply unacceptable that almost half the eggs on the shelves of our supermarkets were laid by hens raised in such terrible conditions.”

Leading animal charity The Humane League UK is working alongside Smith on the Beatrice Bill.

Head of Campaigns Cordeila Britton branded the caging of laying hens a ‘cruel and outdated practice’.

Moreover, Britton added: “Only legislation can bring it to a complete end. Beatrice’s Bill marks an important step for the UK to become a global leader in animal welfare.”

The bill is set to be presented to parliament on Thursday, September 22.

You can find out more about the Beatrice Bill campaign here