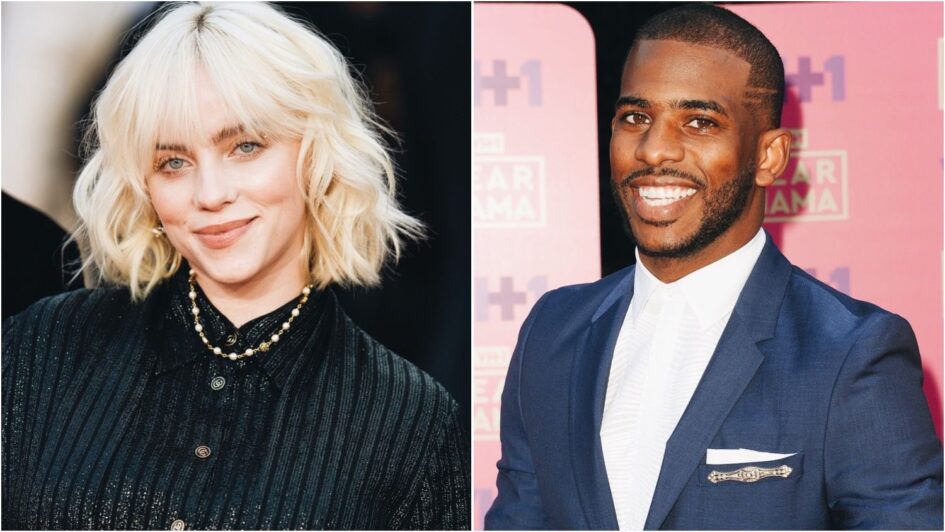 Billie Eilish and Chris Paul have signed on as executive producers of the new food justice documentary They’re Trying to Kill Us.

The film was co-directed by vegan influencer and activist John Lewis and filmmaker Keegan Kuhn, who also co-directed the 2014 film Cowspiracy.

A follow-up feature length documentary to Kuhn’s 2017 film, What the Health, They’re Trying to Kill Us explores the intersections between systemic racism and diet as told “through the lens of Hip Hop and urban culture.” It also follows Lewis’ quest to discover why Black Americans suffer disproportionately higher rates of chronic disease than their white counterparts.

Eilish and Paul, who are both vegan, regularly speak out about the importance of eating plant-based. The Grammy Award-winning musician, who eschewed meat and dairy back in 2014, has previously supported Support + Feed, an initiative founded by her mother, Maggie Baird. The organization works to bring nutritious, plant-based meals to communities impacted by the coronavirus pandemic.

They’re Trying to Kill Us

They’re Trying to Kill Us premiered online at the Tribeca Film Festival on June 19. Also known as Juneteenth, the day commemorates the emancipation of enslaved Black Americans. Two days prior, the Biden Administration signed a bill into law making Juneteenth a federal holiday.

“This has been one of the hardest films I’ve ever made. It’s been emotionally draining, confronting and followed by external challenges,” Kunh said. “We have somehow managed to keep our heads afloat while putting together the most ambitious projects either of us has taken on.”

The film highlights the importance of Black culture and Hip Hop in influencing the issue of food justice, diving into topics like food deserts, nutritional and environmental racism, animal welfare, and global warming, among other issues.

It features commentary from a number of Hip Hop artists and activists, including Angela Yee, Mya, Ne-yo, and Styles P. It also includes interviews with researchers, doctors, politicians, professional athletes, including Paul, and other experts in the field of food justice.

They’re Trying to Kill Us will be released on November 11 on the film’s website for a $20 download fee.