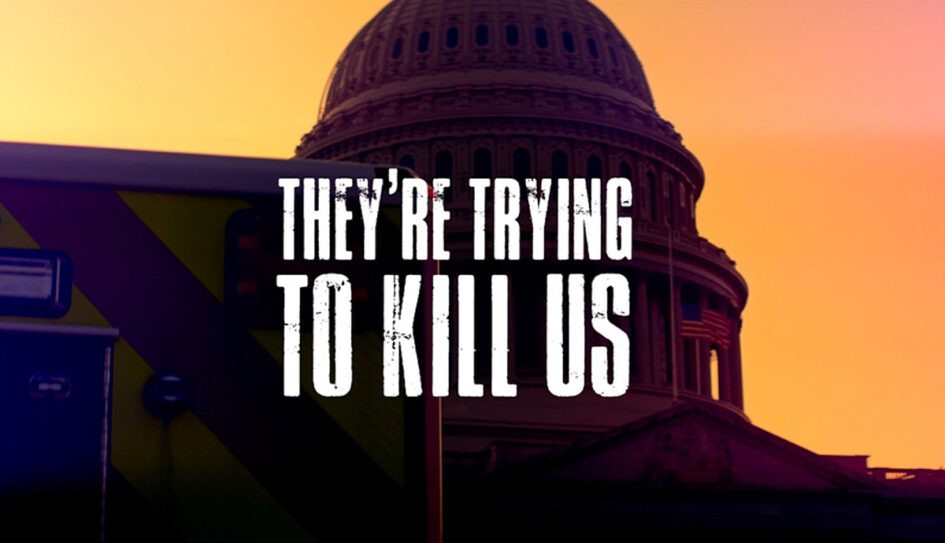 From the director who exposed the harsh reality of animal agriculture in Cowspiracy, a new documentary is slated to premiere this month that will highlight how racial inequality within the US food system presents serious harm for communities of color. They’re Trying To Kill Us – co-directed by Keegan Kuhn and John Lewis – will feature an impressive list of celebrities and political activists that will spotlight the deep-rooted connection between food insecurity and racial discrimination.

The documentary aims to highlight how Black communities have suffered more intense consequences onset by the COVID-19 pandemic. The film will explore the dangerously intertwined connections of disease, poverty, institutional racism, food deserts, the Big Food industry, government corruption, and diet. They’re Trying to Kill Us presents an extensive look into one of the most deadly threats to American society, exploring the nutritional faults that harm communities of color nationwide.

“We feel that this film has the potential to shift culture and we want to make sure those in the greatest need get lifted up first,” Kuhn said while discussing the film’s importance and impact.

Throughout the film, Lewis and Kuhn speak to vegan activists, Hip Hop artists, athletes, and celebrities that share their own experiences with this overwhelming issue. The interviews provide insight into how historically poor diets and food deserts negatively affect Americans of color. Some featured voices include Ne-Yo, Dame Dash, Neal Barnard, and more alongside some vocal vegan activists such as singer Billie Eilish and NBA-star Chris Paul.

The 11-time NBA all-star joins the film as both an interviewee and as an executive producer. The vegan basketball player adopted a plant-based diet in 2019. Since then, Paul has frequently vocalized the significant health benefits that he experienced after abandoning animal-based foods. Outside of his successful basketball career, Paul is passionate about improving the accessibility of plant-based foods to communities of color and works to bring plant-based food to Black-owned businesses across the United States.

“The film opened my eyes to the larger underlying issue and disparities in the food system, and most people don’t realize it has been happening for decades,” Paul said. “The conversations and dialogue are both thought-provoking and education in so many areas.”

Alongside the interviews, the film investigates why Black Americans are twice as likely to die from chronic diseases such as diabetes than white Americans, and in regards to the pandemic, why people of color are dying three times the rate of white Americans. The film explores the reasons why the unjust food system correlates to the alarmingly high rates of high blood pressure, heart disease, diabetes, and more.

NYC Mayoral Candidate Eric Adams will discuss the importance of plant-based food and food insecurity in They’re Trying to Kill Us. The vegan politician petitioned the Biden–Harris administration earlier this year to consider implementing a plant-based diet and support the need for more nutritionally and environmentally friendly food systems. Coinciding with the documentary’s mission to expose the dangers of food deserts, Adams highlighted the health crisis that is affecting Black Americans nationwide.

Eilish will also be involved in the forthcoming documentary as an executive producer. The vegan celebrity consistently advocates for plant-based eating, believing in its environmental and nutritional benefits. The Grammy-award-winning singer also works with her mother Maggie Baird’s non-profit organization Support + Feed – an organization that launched following the pandemic to help bring plant-based and nutritional foods to communities affected disproportionately by COVID-19.

“I want people to see this film,” Eilish said. “It is so important to help all of us understand the depth of the issue, and that we must all take action to change the food system.

They’re Trying to Kill Us will be exclusively released at 11 am EST on November 11 on the film’s website. To watch the film, viewers will need to pay $20 to download. The filmmakers announced that the film will be released in a “Cooperative Release,” meaning that the participants of the documentary, select influences, and supporters will be provided with their own unique URL to the film’s purchase page, splitting the profits from the first week 50/50. The film directors also promise to give the first $1 million to charities that support the film’s central mission.