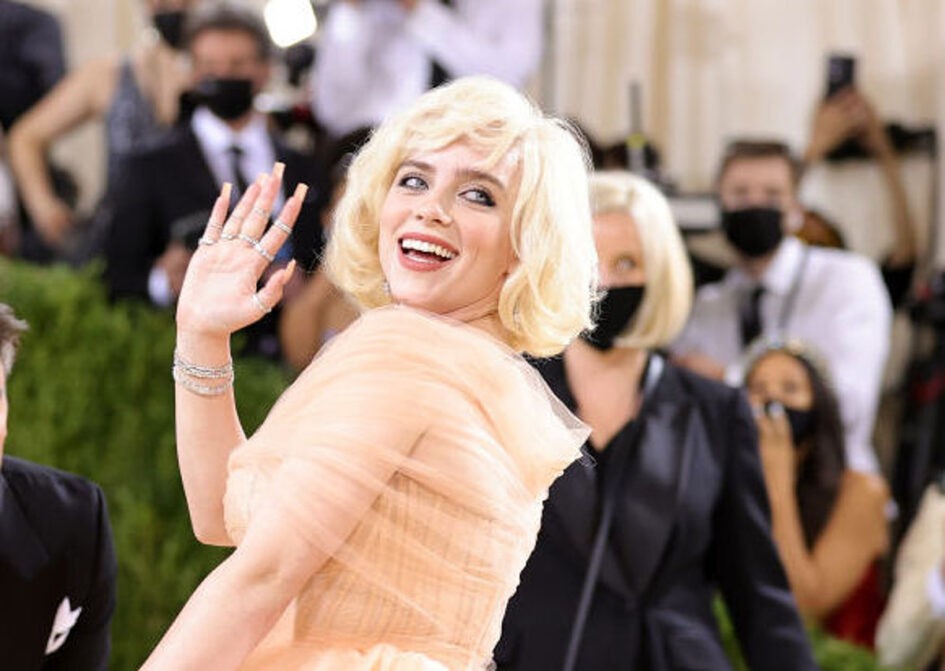 Vegan singer Billie Eilish is working with Nike to debut a leather-free Air Jordan that will feature her signature slime green, and we got a sneak peek of the kicks ahead of the drop. The “Ghost Green” color mirrors Nike’s signature Don C Legacy 231 and “Gatorade” design sneakers, picked out by Eilish during a 2019 feature with Complex. The sneakers are rumored to be completely vegan due to Eilish’s consistent plant-based activism as well as Nike’s recent sustainability measures.

Eilish’s upcoming signature shoes were first leaked to the internet when PVA Sneakers released photos of the collaboration on Instagram. The new sneakers will feature Eilish’s name and the singer’s Blohsh stick figure logo. The “Ghost Green” Nike Air Jordan will be completely monochrome, bringing consumers and Eilish fans the vibrant green that the superstar loves.

Nike’s existing Air Jordan designs currently implemented a blend of synthetic and animal-based leather. However, some more modern varieties of the shoe including the Jordan Flight Flex use 100 percent synthetic material, making a completely sustainable and plant-based shoe. Even though Nike has yet to release information about the shoe’s materials, the celebrity’s mother Maggie Baird shared an Instagram story that claimed the upcoming Air Jordans will be vegan.

This month, Eilish discussed climate change and “how to think globally and act locally” alongside marine biologist and CEO of Ocean Collectiv Ayana Elizabeth Johnson during a feature with Nike. The sustainability feature occurs on the heels of the new shoe collaboration release, giving consumers a reason to believe the new Air Jordan will source completely sustainable materials.

The Eilish x Nike Air Jordans collaboration is slated to launch on September 30, according to the insider information website zSneakerHeadz.

A recent study from Future Market Insights discovered that the demand for sustainable footwear is rapidly rising. The report explains that consumers have become more conscious about the environmentally healthy practices that big shoe companies have enacted, looking for shoe products that are both cruelty-free and healthy for the planet. Shoe companies such as Nike have innovated their product selection to feature multiple leather substitutes in order to meet changing consumer demands.

“Keeping in mind shifting preference of consumers, most companies are expected to focus on sustainability. Some of them will also include plant-based materials for manufacturing shoes to gain competitive advantage,” a Future Market Insights analyst said.

Eilish also just co-chaired the 2021 Met Gala, where she wore a dress from the iconic designer, Oscar de la Renta. The vegan musician required that the brand would have to terminate all its fur sales for her to wear the gown. The fashion brand confirmed the companywide fur ban last month, following Eilish’s sustainability stipulations.