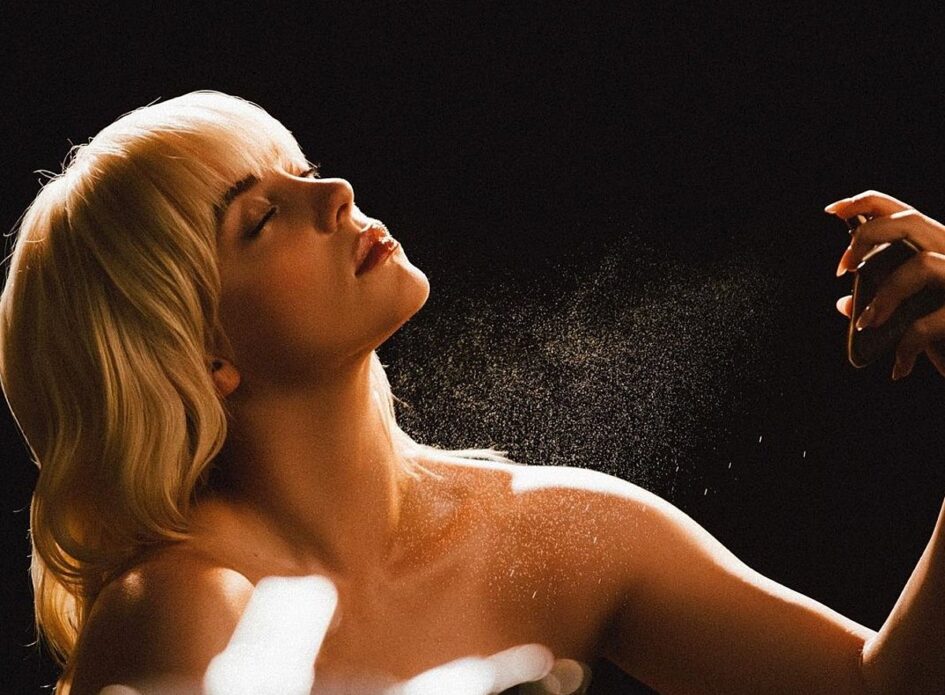 From fashion to cosmetics, Billie Eilish is advocating for sustainable, plant-based options across the entire market. The Grammy-award winning singer just announced that she will be releasing her very first perfume line. While several celebrities have sponsored fragrances over recent years, the singer-songwriters ensured that her new product would be completely animal-free. Aligning with the artist’s plant-based lifestyle, her new perfume did not use any animal-derived ingredients and underwent no animal testing during development.

Eilish’s involvement extended beyond making sure her new perfume is vegan. The 19-year-old superstar worked closely with Paralux, Ltd. to create the fragrance. Eilish advised the company regarding the bottle design, the marketing campaign, and the scent itself. The perfume features a musky, woodsy base with mild spice, vanilla, and deep cocoa. The scent also contains notes of red berries, juicy mandarin, and sugared petals.

“I wanted it to feel like a warm embrace. Like what it feels like to feel your blood rushing through you,” Eilish said about her perfume. “It’s a scent that I’ve been chasing for years and years and years. It’s my favorite smell in the world. My favorite smells are these amber-colored smells, to me, in my brain. I have a really strong nose, and since I was like a little kid, smells are all I think about.”

The fragrance is inspired by the artist’s synesthesia – a phenomenon that causes senses to intertwine. The amber-colored bottle features a body designed by the artist and can be purchased for $68 on BillieEilishFragrances.com starting in November. Currently, consumers can sign up for early access to get the new special-design bottle first.

“Billie Eilish is a singular talent and the voice of a generation. She has a vision in everything she does that is unique, disruptive, and authentically hers,” Paralux President Lori Singer said in a statement. “Partnering with Billie was natural for Parlux because we can bring a vision to life like no one else, and we were equally excited to be on this journey together.”

Eilish continues to use her spotlight to talk about plant-based living and sustainability. The star adopted a plant-based lifestyle at 12-years-old and never stopped advocating for a vegan lifestyle. Over recent years, the star has partnered with several people and companies to promote sustainable clothing, cosmetics, and food.

For the Met Gala, Eilish’s plant-based impact also reached the fashion industry. Before wearing an Oscar de la Renta dress, the artist successfully demanded that the legendary designer commits to banning fur from his collections. The fur-free announcement signified a remarkable shift for the luxury fashion industry as the brand joined a rapidly growing fur-free movement.

More recently, Eilish teamed up with Nike to release vegan versions of the brand’s most emblematic shoes. The new leather-free Air Jordans will also feature the celebrity’s signature slime green color. The animal-free shoes will come in two options: the Air Jordan 15 in off-white and the Air Jordan 1KO in “Ghost Green”. The company also claims that the vegan leather shoes use more than 20 percent recycled materials. Nike posted a video where Eilish talks about how sustainability and fashion can be closer together.

“I really wanted to kind of have, almost like an ode to myself in like an appreciative way and a kind of sentimental way, of just like, this was me for a while,” Eilish said in the video. “It sounds kind of dumb because it’s a shoe, but it means a lot. “You can make cool s*** and you don’t have to be wasteful.”