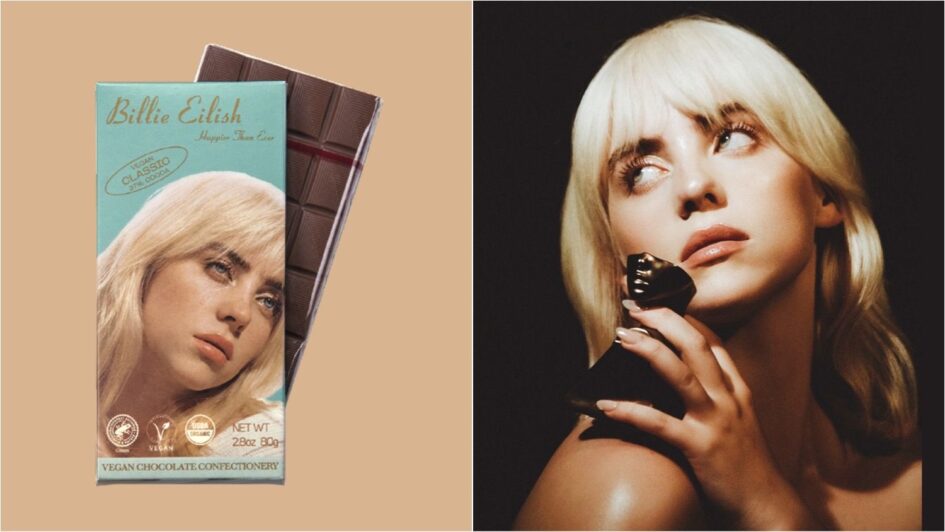 Simply named “Eilish,” the perfume is vegan, cruelty-free, and made with clean ingredients. Perfect for fall, the delicious amber gourmand features an array of warm enticing fragrance notes, including red berries, mandarin, cocoa, and creamy vanilla. Base notes include tonka bean, musk, and woods. Retailing for $68, the fragrance is available exclusively at BillieEilishFragrances.com.

“I’ve always been in love with vanilla, since I was a kid and my mom would teach me to bake,” Eilish told Vogue, adding that amber and musk are also two of her most beloved scents. The singer has synesthesia, a phenomenon that causes senses to merge. In Eilish’s case, she can perceive scents as colors, and “amber-colored,” gourmand fragrances are among her favorites.

Eilish has had a big year. She launched her sophomore album, “Happier Than Ever,” this summer. Two days after her perfume’s release, she debuted a vegan chocolate bar named after the album. The dairy-free confection is made from organic Rainforest Alliance certified chocolate, rice drink powder, tiger nut powder, hazelnut paste, and bourbon vanilla extract. The shop link also contains a download for a vegan milk chocolate buckeyes recipe, which the singer promoted on her Instagram Story.

“Shop the ‘Happier Than Ever’ vegan chocolate bar and download my buckeyes recipe to bake now,” wrote Eilish.

A year inspired by ‘Happier Than Ever’

This isn’t the first album-inspired drop from Eilish this year. In September, she released two new silhouettes of Air Jordan vegan sneakers. “I am SO excited to finally share my two Air Jordan silhouettes with you,” she said. “It was such an incredible and surreal experience getting to create these, especially in a sustainable fashion (100 percent vegan with over 20 percent recycled materials).”