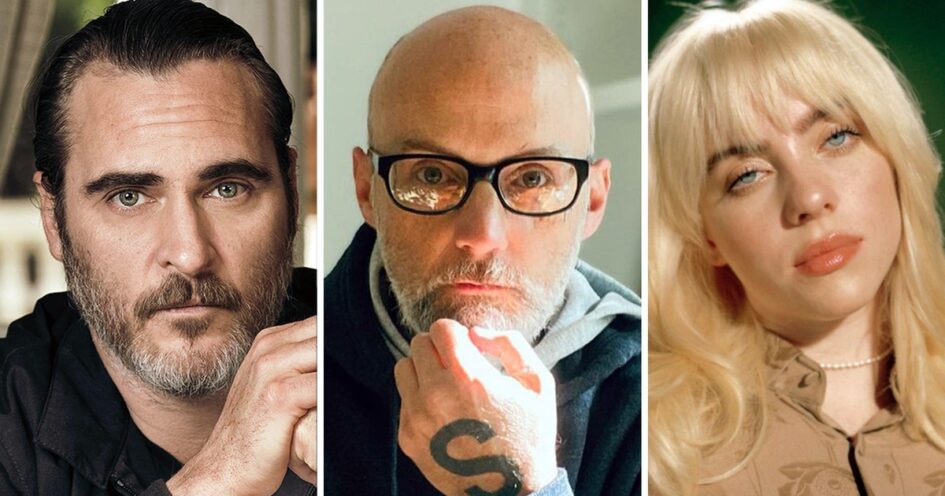 This week, a group of 18 celebrity plant-based advocates, including Billie Eilish, Moby, Joaquin Phoenix, Alan Cumming, Evanna Lynch, and Alicia Silverstone, sent an urgent demand letter to Rt. Hon. Alok Sharma, the president of the 2021 United Nations Climate Change Conference (COP26) which will be held in Glasgow, United Kingdom in November. The letter demanded Sharma include the role of animal agriculture in all discussions about the climate crisis. While animal agriculture has been widely ignored as a topic of discussion at previous climate talks, the celebrity-backed demand letter points out that the destructive industry contributes 14.5 to 16.5 percent of all anthropogenic greenhouse gas (GHG) emissions globally—making it the second largest GHG emitter in the world, on par with all transportation sectors combined.

“With animal agriculture such a major source of greenhouse gas emissions, it is impossible to meet goals set out in the Paris Agreement without making changes to our global food system,” the letter states. “Even if all other major sources of emissions were reformed, we will still fall short. Scientists agree—including the 107 experts who prepared the report for the UN’s Intergovernmental Panel on Climate Change. We are on the verge of climate catastrophe, and as climate activist Greta Thunberg famously said, ‘our house is on fire.’” The letter was sent in support of #TheCowIntheRoom, a campaign created by Humane Society International (HSI) in an effort to add animal agriculture discussions to the COP26 agenda. The celebrities and HSI alike are pleading with Sharma to include three specific discussion topics during the climate conference:

Globally, more than 88 billion animals are raised and slaughtered for food every year. While the industry uses 83 percent of the world’s farmland, it only provides 37 percent of the world’s protein and accounts for only 18 percent of calories. Animal agriculture is also responsible for ​​deforestation, species extinction, land degradation, pollution, and exhaustion of water resources. Unless humanity makes a drastic change, by 2030, the animal agriculture sector is projected to account for almost half of the world’s emissions budget for 1.5°C.

“If we are serious about avoiding climate catastrophe, it is imperative that world leaders acknowledge and act to cut every major driver of climate change, including industrial animal agriculture,” Julie Janovsky, HSI vice president for farm animal welfare, said in a statement. “Intensive animal farming is unsustainable, and transforming our global food systems to more plant-based diets is one of the most effective climate-mitigation measures we can take. COP26 offers a vital opportunity for world leaders to make meaningful commitments to tackle climate change, restore biodiversity, and help end the cruelty caused by factory farms.” All of the signatories of the letter, including Eilish, Moby, and Phoenix, follow a plant-based diet, which a 2018 Oxford study—the most comprehensive of its kind to date—found to be “the single biggest way” to reduce global environmental destruction. To come to this conclusion, researchers spent five years compiling data from nearly 40,000 farms in 119 countries and examining the environmental impact of producing 40 foods—which amount to 90 percent of all food eaten on earth. Published in the journal Science, the study found that if individuals removed animal products from their diets, they would reduce their carbon footprint by 73 percent. Furthermore, if meat and dairy production were to cease, global farmland use would be reduced by 75 percent.

“Intensively farming animals for food is, simply, destroying our planet … yet it remains largely ignored by world leaders. The science is clear and overwhelming; that adopting a more plant-based diet is one of the most impactful actions we can take to avert catastrophic climate change,” Moby said in a statement. “So, if we want to protect our planet, we must include intensive animal agriculture in climate change mitigation strategies. COP26 is the ideal opportunity to do this, and one of our last vital changes to reform our global food systems. I beg you, please; stop ignoring the cow in the room.” On September 16, new film Eating Our Way to Extinction made its one-day theatrical debut worldwide just in time for the COP26. Narrated by Titanic actress Kate Winslet and created by United Kingdom-based brother duo Ludo and Otto Brockway (through their production company Broxstar Productions), the new full-length documentary places animal agriculture at the center of the climate crisis.

The film shows the effects of climate change on the people who feel it most, including indigenous tribes in the Amazon whose land has been stolen to grow feed for the beef industry. Eating Our Way to Extinction also spotlights the health and environmental issues surrounding the global fishing industry, acting as a continuation of the topics explored in recent Netflix documentary Seaspiracy.

The film’s message is based on the best-available science and points to the wide adoption of a plant-based diet as one of the top solutions to the climate crisis—a change championed by both HSI’s #TheCowinTheRoom campaign and the simultaneous Plant Based Treaty (PBT) campaign co-founded by vegan activist Anita Kranjc. Similar to HSI’s campaign, the PBT is predicated on three principles: relinquish (to stop allocating resources to expand animal agriculture); redirect (to actively transition from animal- to plant-based agriculture); and restore (a push for the restoration of ecosystems destroyed by animal agriculture). The PBT campaign has already gained support from influential individuals and the goal is to get 10 million individuals, 10,000 organizations, 10,000 businesses, and 50 cities to endorse the PBT by 2023, ahead of the Global Stocktake of the Paris Agreement.