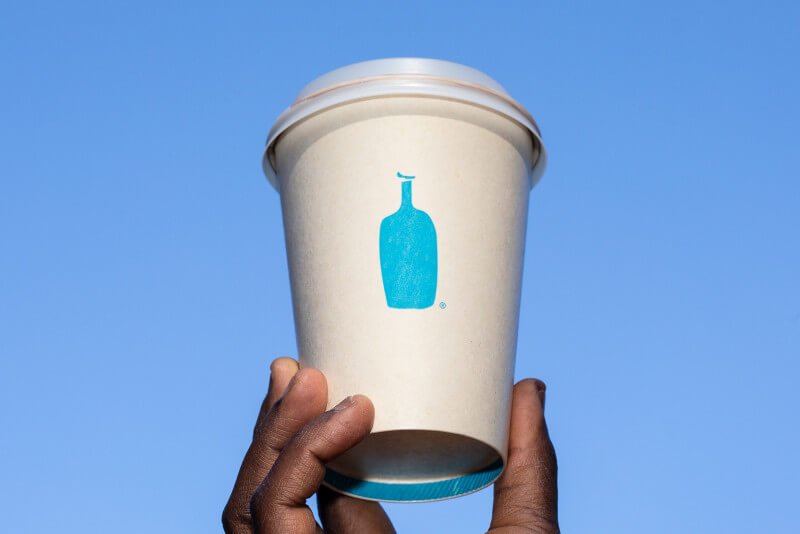 Two Blue Bottle Coffee locations are now testing oat milk as the default option for its drinks. If the test proves successful and this approach is expanded to the rest of the chain’s almost 100 locations worldwide, Blue Bottle could be the first major coffee chain to offer oat milk as the standard at no additional cost. The decision comes in response to oat milk’s popularity—many customers prefer the creamy, allergen-friendly option to cow’s milk already. The test stores include the N. Fairfax Avenue location in Los Angeles and one in the Jackson Square neighborhood in San Francisco.

It makes sense to offer oat milk as the standard, since it’s a choice that helps animals and the environment and most customers prefer it anyway. Blue Bottle’s test shows consideration for a significant portion of the population who are vegan, lactose intolerant, or allergic to cow’s milk (since it’s not meant for humans to drink in the first place!). Oat milk is allergy-friendly and gluten-free, and having a sensitivity or allergy to oats is much less common than having one to dairy. Making oat milk the default also reduces or even eliminates the likelihood of a vegan or someone with allergies being served cow’s milk accidentally.

Many people choose vegan milks because they know what cows in the dairy industry endure. Cows produce milk to feed their babies, but in the dairy industry, they are repeatedly impregnated so that they’ll continue to produce milk, even after their babies are stolen from them. These loving mothers are hooked up to painful milking machines and often pumped full of hormones and antibiotics, and their lives are cut short once they can no longer produce enough. Most are killed after about five years, just a fraction of their natural life expectancy of 20 years.

The dairy industry is also a major contributor to the climate crisis—a single cow emits more greenhouse gases than a typical car or a light truck. Manure from cows on today’s dairy farms poisons our waterways and drinking water. Blue Bottle is showing that it’s willing to take real action toward its goal of being carbon neutral by 2024, unlike Starbucks, which claims to be working to become more sustainable but is still charging up to 80 cents extra for vegan milks. Why should customers be punished for making responsible choices that are better for animals and the environment?

While many coffee chains, including Panera Bread, Pret A Manger, and Stumptown Coffee Roasters, have dropped the surcharge for vegan milks, Blue Bottle is the first to go one step further. We hope other chains follow its example. Until then, go grab a coffee from Blue Bottle and keep the pressure on Starbucks by taking action today: