Bottomless No Pigs In Duvets At London’s Biggest Vegan Restaurant 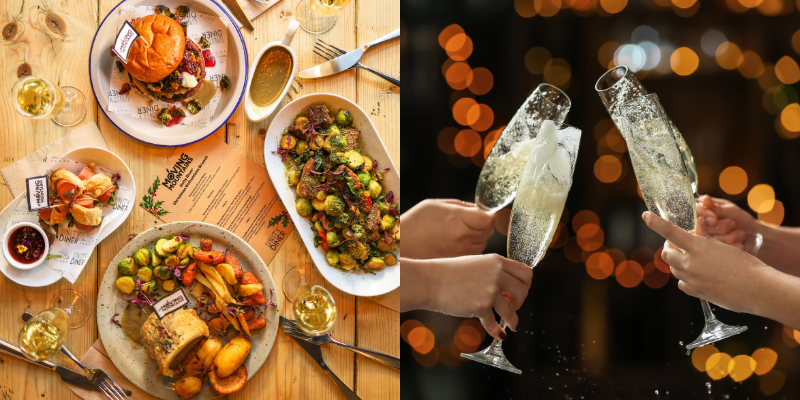 Leading up to the 23rd of December, Unity Diner and Moving Mountains® have teamed up to launch a vegan Christmas menu, which includes bottomless No Pigs In Duvets.

The bottomless brunch is served from 12-5 pm, Tuesday to Fridays, including Prosecco and No Pigs In Duvets in the bottomless deal.

The new Festive menu will also feature a Moving Mountains®’ Christmas Burger filled with stuffing and Brussel sprouts, smothered in cranberry sauce and rosemary aioli, served in a toasted brioche bun and topped with gravy. 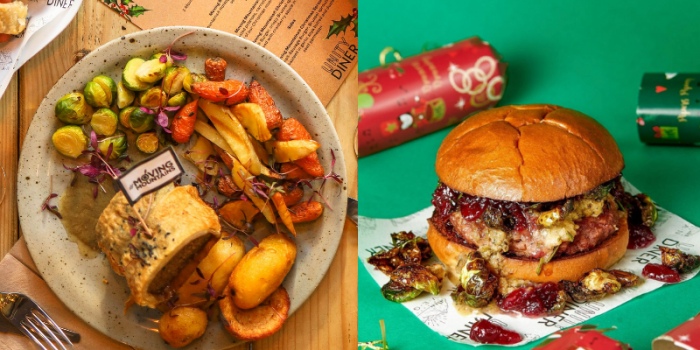 A Christmas Wellington will be served with roast potatoes, carrots, parsnips, Brussel sprouts, and a lashing of Christmas mushroom and miso gravy.

A side of Brussels sprouts with spinach and cherry tomatoes will also be on the menu to bring everything together.

Simon Van der Molen, Founder of Moving Mountains®, says: ‘We’re delighted to be partnering with our friends at Unity Diner to create our Moving Mountains® festive menu. Christmas is synonymous with great food, and Unity Diner have created some amazing dishes using our plant-based products which taste delicious and are great for supporting a sustainable planet’

Kevyn Burke, Manager/Founder of Unity Diner, says: ‘We are really excited to be building on our existing relationship with Moving Mountains to launch our first ever festive menu, as they are a brand whose ethos and mission aligns so closely with our own’

Have you ever had bottomless no pigs in duvets before?