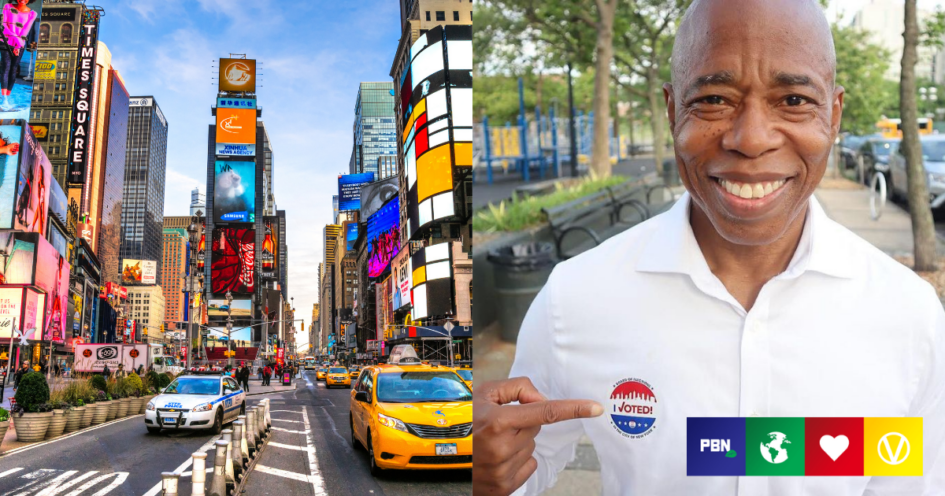 For the first time ever, New York City has welcomed a vegan mayor. Today, former police officer Eric Adams won the race and in doing so also became the city’s second Black mayor.

Adams defeated Democrat Curtis Sliwa with a 66 percent lead in the election which took place on Tuesday.

From January, the 61-year-old will take over the position with the key message of ensuring public safety following the fallout of COVID-19.

The plant-based politician announced his candidacy last year, where he deplored the ‘dysfunctional government’ for mishandling COVID-19 and causing swathes of New Yorkers to get sick as a result.

At the time, he proclaimed: “We need action and we need it now. The promise of New York has always been that any New Yorker can be who they were meant to be.

“When we unleash the potential of New Yorkers by allowing them to thrive, there is no pandemic, no recession, no division that we cannot overcome.”

One of his pledges is to halt government inefficiency, and in his acceptance speech, he made it clear he was on the side of the people: “Tonight, New Yorkers have chosen one of their own. I am you.”

Adams was long dubbed to beat Sliwa in voting predictions. And, his victory follows promises to ‘reverse inequality’ – that he made on the launch of his campaign.

The former police captain was previously the Borough President of Brooklyn, a position he used to ban processed meat from schools in 2019. And he’s been an advocate for nutrition since veganism helped him improve his health.

The lifestyle change even helped restore his sight after he woke up with severe vision loss five years ago. Moreover, he overcame Type 2 diabetes after ditching meat and dairy and discovered that ‘food can be medicine’.