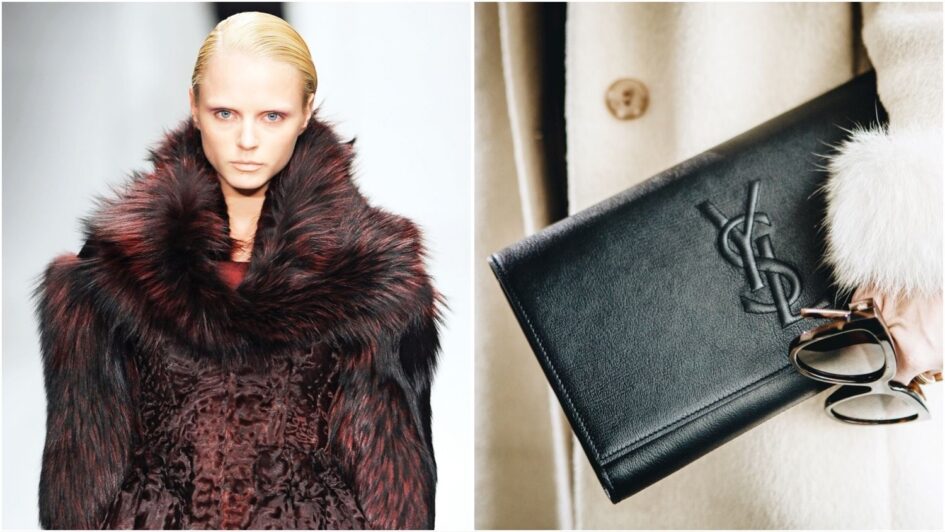 Kering Group — parent company to a number of major luxury fashion brands, including Saint Laurent (widely referred to as YSL) and Brioni — is going 100 percent fur-free.

Many of the fashion conglomerate’s brands were fur-free prior to this announcement. Gucci made the call to move away from the material back in 2017, while Balenciaga and Alexander McQueen did the same earlier this year.

Now, Saint Laurent and Brioni have followed suit, and from 2022, Kering Group will officially be 100 percent fur-free.

According to Francois-Henri Pinault, Kering’s CEO and chairman, the company took the decision because it is “just the right thing to do.” He said: “We do it out of conviction, for the sake of ethics and modernity.”

The last few years have seen a wave of fur bans in the fashion industry. At last week’s Met Gala, singer Billie Eilish revealed she had convinced Oscar de la Renta to drop fur. And Canada Goose, Valentino, Neiman Marcus, and Adidas are among the brands that have announced fur-free policies this year.

“The future is clearly fur-free,” said Kitty Block, president of animal welfare organization Humane Society International. “Now one of the world’s largest luxury fashion conglomerates agrees. As markets around the globe close their doors to fur products, opting instead for innovative humane products, it makes complete sense for a power fashion house like Kering to make this ethical decision.”

Brands aren’t the only ones making progress. Countries are also taking a stand against fur. Earlier this year, Estonia became the 14th European nation to ban fur farming. And Israel became the first country in the world to ban fur sales.

At the time, Gila Gamliel, Israel’s Minister of Environment Protection, said: “The fur industry causes the deaths of hundreds of millions of animals worldwide, and inflicts indescribable cruelty and suffering.”

As a result of changing attitudes, many brands are turning to vegan fur options. And in the future, lab-grown fur could even be a reality. Biotech startup Furoid has created the world’s first in vitro hair follicle.

PJ Smith, the Humane Society of the United States’ fashion policy director, said that Kering’s ban marks a “new era for what is considered luxury” in the fashion industry.

They added: “We hope the rest of the fashion industry will take notice, choosing compassion and innovation over an outdated idea of luxury.”