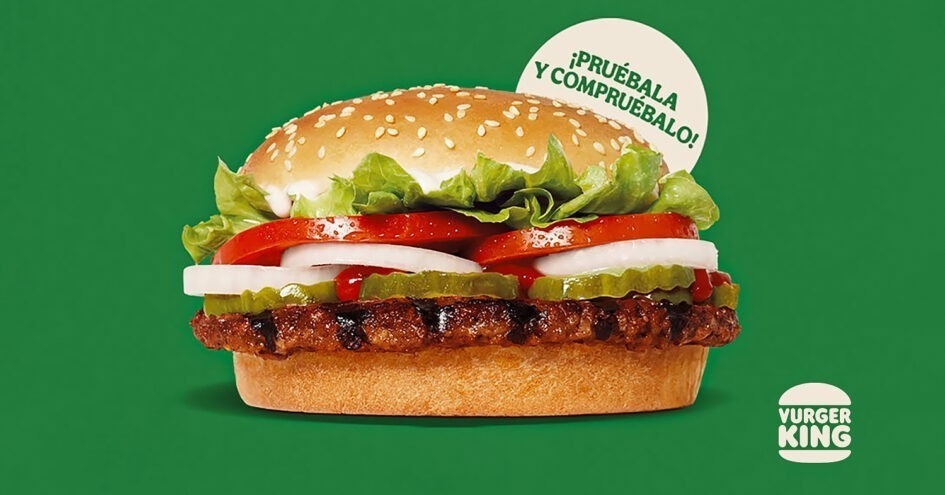 A Burger King restaurant in Madrid, Spain, just took all meat off the menu. Rebranded as “Vurger King,” the meat-free location is now serving up 100 percent vegetarian food.

Located on one of Madrid’s most iconic boulevards, Paseo del Prado, Vurger King will be open for a limited time. The new, meat-free options were made in partnership with The Vegetarian Butcher, a Dutch vegetarian and vegan meat brand acquired by Unilever in 2018.

​​”We want to reach both people who base their diet on vegetable products and those who do eat meat but want to reduce their consumption,” Borja Hernández de Alba, general director of restaurant brands in Iberia, Spain, and Portugal, said.

The meat-free concept mirrors a similar one Burger King launched in Cologne, Germany in June. The chain also worked with Unilever-owned brand, The Vegetarian Butcher, to launch the world’s first plant-based Burger King, which was open for a limited time. Menu offerings included a range of vegan meats, as well as the Long Chicken Patty. The breaded plant-based chicken sandwich featured vegan mayonnaise and shredded lettuce on a long sesame seed bun.

Burger King’s move to include more plant-based options is prevalent not just in Spain but in all parts of the globe. Studies show flexitarianism is on the rise. And to meet the demand, Burger King has been including more vegan and vegetarian menu offerings worldwide.

In March, Burger King UK revealed half of its menu would be plant-based by 2031. “Now more than ever, we believe that fresh, good quality food is vital to the quality of our lives and the health of our planet. Being good to the planet, our people and guests [are] central to our values at Burger King UK,” the chain’s CEO Alasdair Murdoch said.

Burger King has launched vegan Whoppers in a number of other countries, including Singapore, Canada, China, Latin America, Mexico, and Japan.

For a complete guide to eating vegan at Burger King, click here.